Hamas Shoots Down Israeli Drone on Way to Rafah 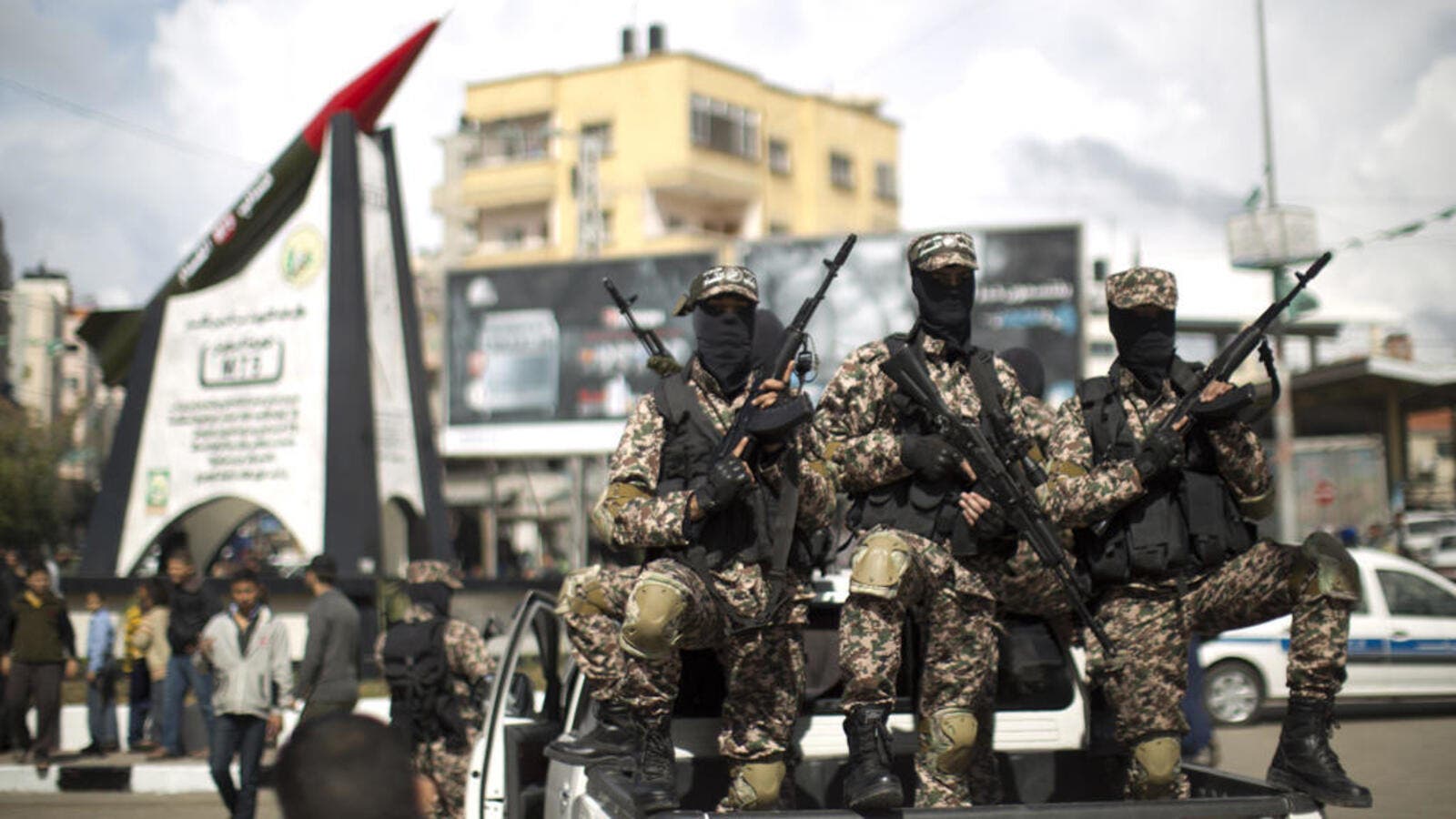 Members of Hamas's military wing pose in front of a M-75 rocket in Gaza. (AFP/ File Photo)
Highlights
Hamas, claimed Tuesday that they shot down an Israeli drone on a special mission east of Rafah in the southern Gaza Strip.

Izz ad-Din al-Qassam Brigades, the military wing of Hamas, claimed Tuesday that they shot down an Israeli drone on a special mission east of Rafah in the southern Gaza Strip.

“It was on a special mission inside Gaza, holding thermographic and daylight cameras to carry out its mission but we identified its targets and foiled its mission,” the Brigades revealed in a statement.

No further details were provided on the drone or its mission.

This followed a statement by the Israeli army that a drone fell in Gaza Tuesday morning.

“The incident is being investigated," Adraee added.

Earlier, Palestinian media reported that Hamas seized a Quadcopter drone after the movement’s members along the border with Israel fired at it.

Lebanon’s Hezbollah announced Monday downing an Israeli drone as it crossed the border towards the southern village of Ramyeh. The Israeli army later confirmed it.