Palestinian resistance group Hamas on Saturday said Israel will pay a price for its attacks on Palestinians in the occupied East Jerusalem. 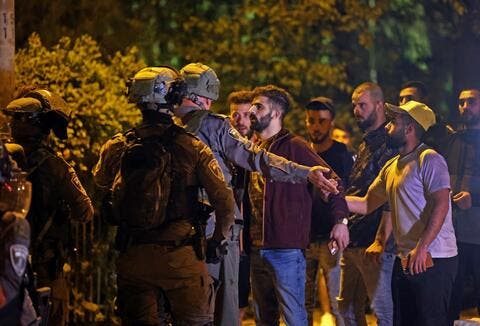 Against Israeli Violence: Jordanians Rise in Support of The Residents of Sheikh Jarrah

The Palestinian people are "capable of deterring the [Israeli] occupation and drawing new equations in the conflict with” Israel, senior Hamas member Moussa Abu Marzouk said in a statement.

“The occupation will pay a price for desecrating the Al-Aqsa Mosque and its assaults on worshippers,” he added.

Abu Marzouk slammed Arab and Islamic silence towards the current developments in Jerusalem, saying that this silence “encourages the occupation to assault Al-Aqsa Mosque and the Palestinian people and Judaize Jerusalem”.

He went on to call on the Palestinian people "to support Jerusalem with all possible means and to rally efforts to confront the occupation."

Several Arab and regional countries including Turkey and Iran condemned Israeli attacks on the Palestinians in Jerusalem and held Israel fully responsible for the current escalation in East Jerusalem.

In the past few days, Palestinians in Jerusalem have protested in solidarity with the residents of Sheikh Jarrah neighborhood amid clashes with Israeli police.

More than 205 people were injured in Israeli attacks at Al-Aqsa Mosque, the Damascus Gate of the Old City, and Sheikh Jarrah district on Friday, according to the Palestinian Red Crescent.

The protests came as the Israeli Central Court in East Jerusalem approved a decision to evict seven Palestinian families from their homes in favor of Israeli settlers at the beginning of 2021. 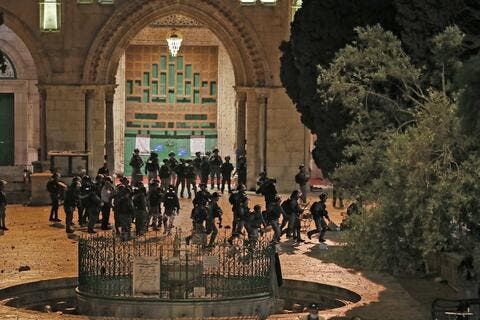