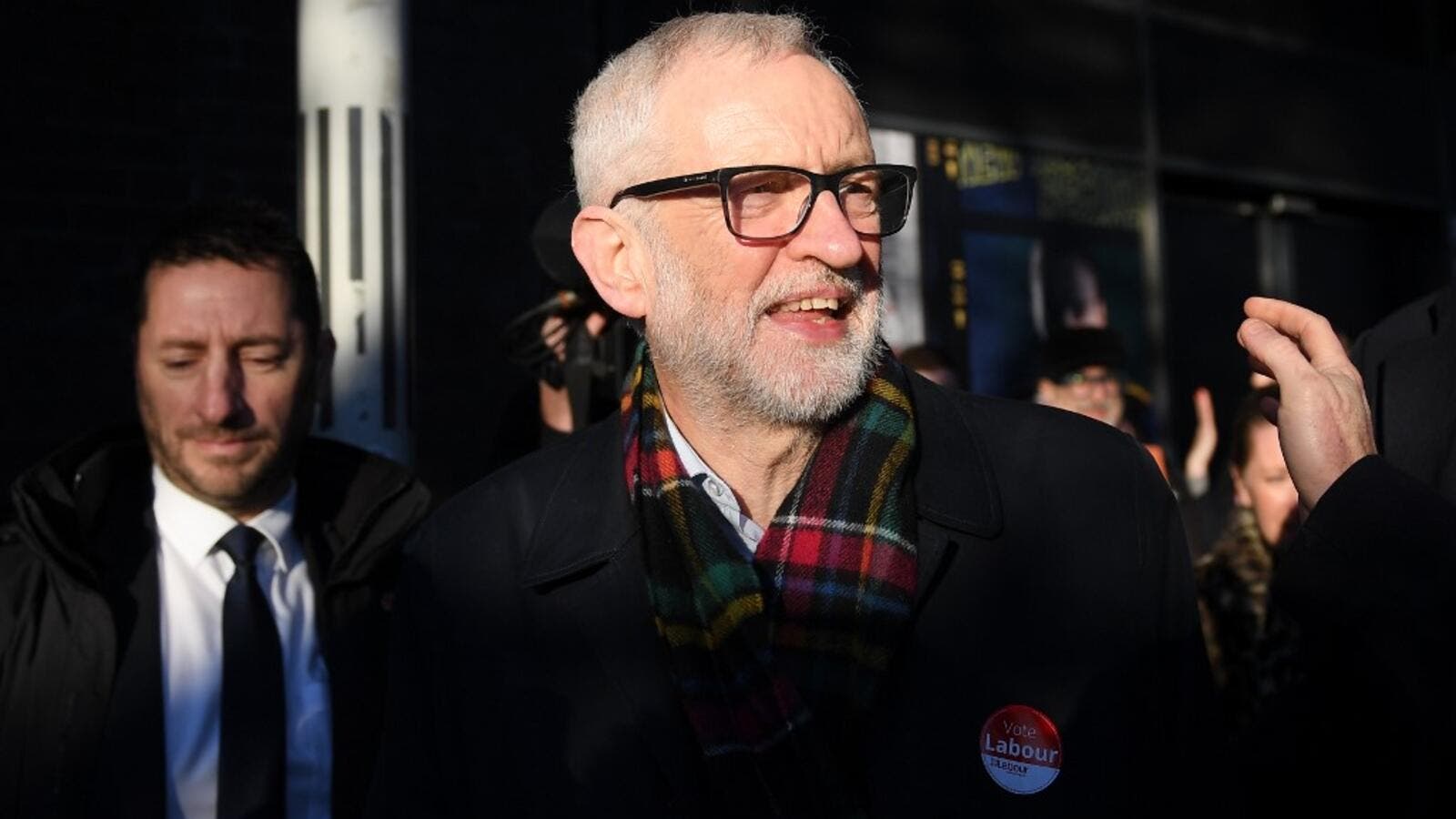 Jeremy Corbyn (AFP)
Highlights
'I've been involved in opposing anti-terror legislation ever since I first went into Parliament in 1983.

Jeremy Corbyn insisted today that early release of convicted terrorists was the 'correct way of doing things' if they had been 'rehabilitated'.

In the wake of the terror attack in London Bridge on Friday which left two innocent people dead he insisted that those guilty of planning or carrying out atrocities should serve a 'significant proportion' of their sentences.

But he refused to condemn sentencing rules that allow prisoners to be freed from prison on licence for good behaviour if they have served half their term.

Former University of Cambridge students Saskia Jones, 23, and Jack Merritt, 25, were fatally stabbed by 28-year-old convicted terrorist Usman Khan during a prisoner rehabilitation event they were both supporting.

Usman was jailed in 2012 for plotting an outrage in Britain but released early on licence after successfully appealing against his original indeterminate sentence.

Asked about the release today while campaigning innorth London, Mr Corbyn said: 'I think terrorists should be sentenced, as they are, and they should be released as and when they have completed a significant proportion of their sentence and they've undergone rehabilitation and they are considered safe to the public as a whole.

'I do think that continuing with the process allows people to be released ahead of final complete of their sentence if they've been rehabilitated and they have been suitably assessed and they are very strictly monitored when they come out - I think that must be the correct way of doing things.

'There are enormous questions to be learned from this terrible event that happened last week and that is, what happened in the prison with this particular individual, what assessment was made of his psychological condition before he was released and also what supervision and monitoring he was under after coming out?'

Khan, 28, was wearing an electronic monitoring tag when he launched the attack, which injured three others, after he was invited to the prisoner rehabilitation conference on Friday afternoon.

The event was organised held by Learning Together, a programme associated with Cambridge University's Institute of Criminology.

The attack has prompted the Ministry of Justice to review the licence conditions of every convicted terrorist released from prison, which Prime Minister Boris Johnson said was 'probably about 74' people.

Mr Johnson has vowed to take steps to ensure people are not released early when they commit serious offences.

But the family of Mr Merritt, from Cottenham, Cambridgeshire, asked for his death to not to be used to justify introducing 'even more draconian sentences' on offenders in a heartfelt tribute released on Sunday.

Meanwhile Mr Corbyn blasted the UK's anti-terrorism laws and boasted of opposing them 'ever since I first went into Parliament' in a speech circulating online today.

The Labour leader bemoaned what he saw as draconian legislation to members of the hard left Stop the War Coalition while he was its chairman in 2011.

In the address - later used by the Tories in a 2017 election campaign attack ad -  Mr Corbyn bemoaned what he saw as the UK's interventionist military police in 'Afghanistan, Libya or wherever else it happens to be'

He went on: 'What I see as a much greater threat to our security is the growing militarisation and intolerance of our society, the growing sense of Islamophobia, the growth of anti-terror legislation …

'I've been involved in opposing anti-terror legislation ever since I first went into Parliament in 1983.

'Oh that we now had the Prevention of Terrorism Act, it was utterly mild compared to all the stuff we have got now.'

COVID-19: What Is the Status of Migrant Workers in The Arab World?