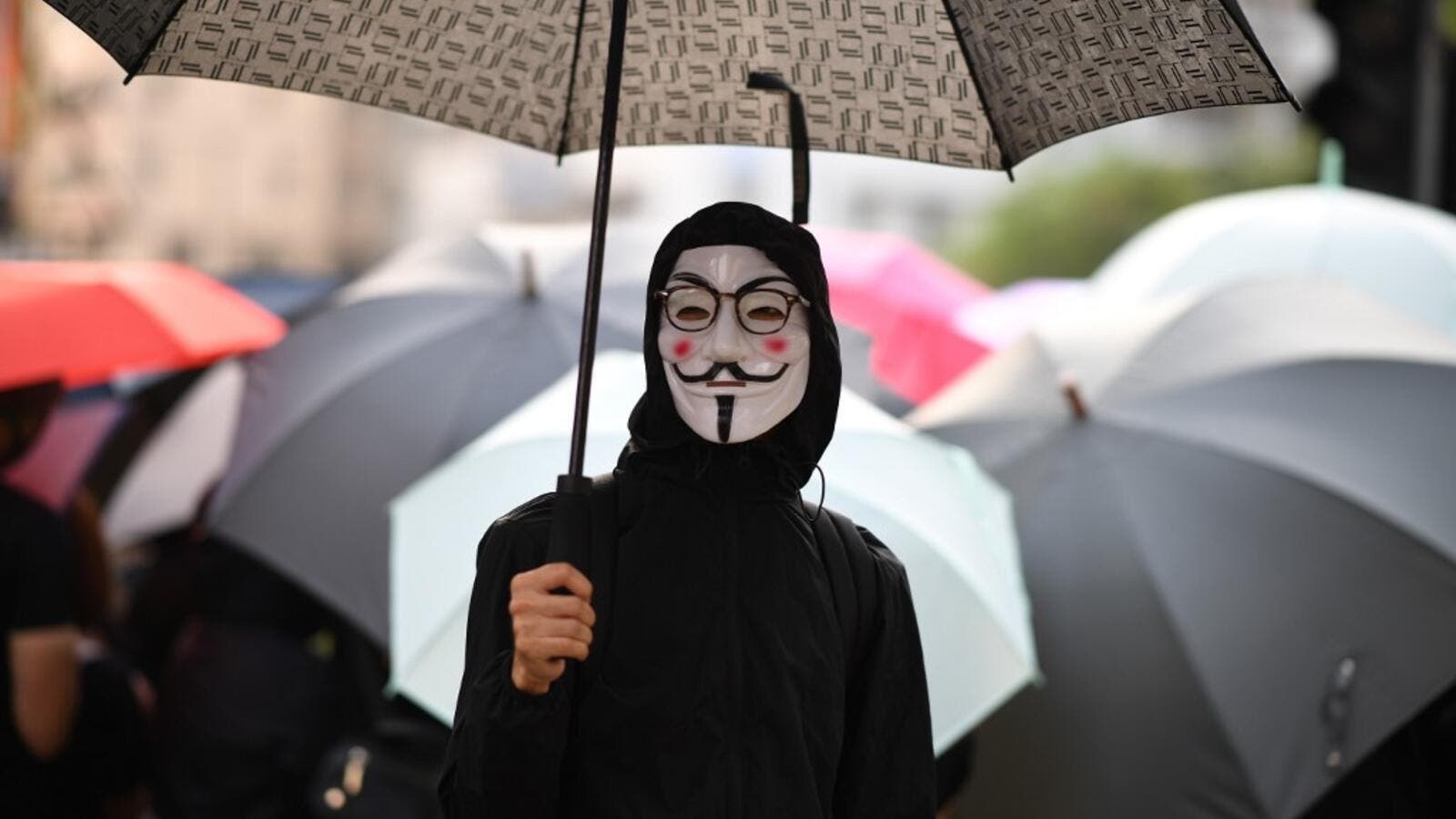 In a government statement, police warned people they described as rioters to stop illegal activities after two petrol bombs were thrown into Kowloon Tong Mass Transit Railway station at about 3 p.m.. The explosives seriously damaged facilities, though no one was injured.

The government also referred to "some radical protesters" who "have removed railing from roads, spray-painted and vandalized shops," in the statement, adding that the disruption has stopped traffic.

Protesters who gathered Saturday in Sham Shui Poin, Prince Edward and Mong Kok on Saturday were "participating in an unauthorized assembly," the government said.

The government said banks were also vandalized and demonstrators were wearing banned masks.

"The Hong Kong Special Administrative Region Government strongly condemns the rioters' acts which breached the public peace and jeopardized public safety, and appeals to members of the public to dissociate themselves from the rioters and work together with government to restore public order," the statement said.

Still, police didn't use teargas Saturday making protests less tense at first compared to other weekend demonstrations. Later in the day police fired a shot outside the Mong Kok police station after a small group of protesters cursed and shined a laser at officers beating a couple of men.

Last week Hong Kong banned wearing masks in public in an attempt to quell escalating protests, but the move was followed by violence overnight, bringing the city to a standstill last Saturday, with the subway and businesses shuttered. Opposition leaders warned the ban on masks would only aggravate tensions since protesters use the masks for protection from tear gas.

Hong Kong has been gripped by weekend protests since early June against a now-withdrawn extradition bill. The demonstrations have since evolved into a wider pro-democracy movement.