'I Could No Longer Tolerate the Blood': Being a Paramedic Under ISIS in Raqqa 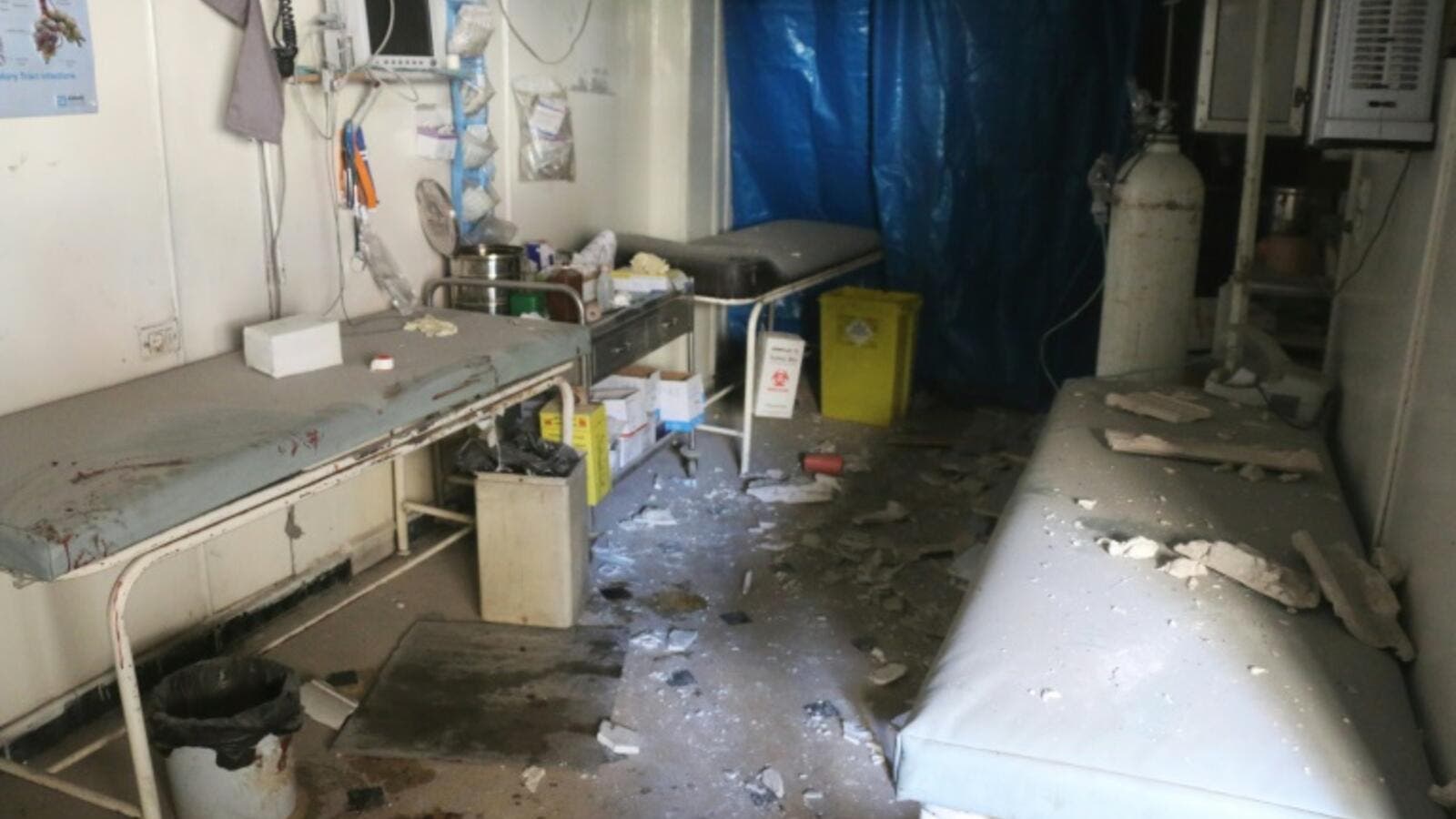 When Ahmed began nursing school in Raqqa in 2009, he never imagined that just a few years later he would be working as a paramedic in ISIS’s former capital in Syria.

Now a 30-year-old father of two, he managed to avoid aligning himself with any rebel or militant group in Raqqa, but his work as a paramedic once led ISIS to arrest and detain him for seven days. Though he fled Raqqa in late 2015 – and U.S.-backed forces liberated the city in October of this year – Ahmed said it is still difficult for him to speak of the patients he treated and cared for.

He talks below about the struggles of a medical worker in Raqqa, his patients and how he ultimately escaped the extremist stronghold.

How did you become a paramedic in ISIS-held Raqqa?

I graduated from nursing school in Raqqa in 2013 and continued my training at the Raqqa national hospital. But in April 2013, one month after rebels stormed the city and captured the hospital, [the Syrian government] fired me and 44 other employees and accused us of aiding terrorists and evading military conscription.

At that time I started volunteering as a rescue worker at the national hospital. I used to also help out in the E.R. I did this along with a group of other young men because we felt that authorities were very negligent when it came to providing medical assistance to civilians – they only cared about treating their own fighters.

I refused affiliation with any [rebel] faction because I would have to follow their orders and receive a salary. I turned that down and instead made do with donations made by locals every now and then.

What was it like being a paramedic under ISIS?

When ISIS entered Raqqa [in 2014], the group started harassing all paramedics, medical workers, hospital staff and pharmacists because they wanted everyone to work with them and under their laws.

ISIS carried out widespread surveillance on hospitals, clinics and pharmacies and prevented men and women from working in the same place. Moreover, they prevented women from working in nursing unless ISIS gave them permission and were supervised by the women’s Hisbah police. As for Christian doctors, most of them left the city after ISIS seized their houses and belongings.

ISIS closed most medical centers in the city, except the national hospital. It was turned into an independent medical complex that received limited funding from foreign donors.

As part of their crackdown on medical workers, ISIS arrested me [in] May 2015 for refusing to work with them as a paramedic. They accused me of allegiance to the “infidel regime,” but the investigator released me after I explained that I refused any form of affiliation and assured him that I was not working with anyone. I was detained for around seven days.

What were the most challenging moments you faced as a paramedic?

One day in July 2013, a very beautiful child arrived at the E.R. because a piece of shrapnel had penetrated her chest. I approached her and heard her moaning from pain. My heart broke for her and I felt like she was part of me. What hurt me the most, was that the shelling had killed her mother and father. At that moment, I did not know how to treat her, where to start and how to face her and tell her that both her parents had been killed.

After five days at the clinic, the girl started to get better. She told us her name was Hayat, she was 7 years old, displaced from Homs and an only child. The first questions she asked me was: “Is my dad here?” and “Where is mom?” Heartbroken, I lied and told her that the E.R. does not allow visitors. I promised to take her home to them when she got better.

Every time I would go see her, I felt like she was urging me to bring her parents to her. She would squeeze my hand as if she were asking me for something. Those moments broke my heart. How could I explain to a 7-year-old child who lives in a time of war what death means?

A few days after she was admitted to the medical center, her condition started to deteriorate. She suffered from severe pulmonary laceration: Her heart suddenly stopped and she died.

How did you escape Raqqa?

I could no longer tolerate the blood and injustice around me. In mid-2014, months after ISIS entered the city, I sold my house for 275,000 Syrian pounds ($534) and borrowed $500 from one of my relatives. I fled to a Kurdish-held village in northern Syria called al-Sulaib and then eventually to Turkey, leaving my family behind in Raqqa.

However, I returned to Raqqa only six months later because my child was suffering from a liver disease. I think it was because of panic and fear from airstrikes.

I found the situation worse than when I had left. I continued my work as a paramedic and stayed in Raqqa until mid-2015, when I left my pregnant wife and sick child in an attempt to get us all immigration papers to Europe.

At the end of 2015, I was smuggled through Greece to Germany, where I was eventually granted asylum. I was reunited with my wife and two children in Germany this year.

When I held my 2-year-old child for the first time I looked him in the eyes and he did not know that I was his father. He did not call me “dad.” Instead, he said, “Uncle, carry me.” I was happy anyway because he spoke to me and was not shy.

The answers have been edited for length and clarity. This article has been adapted from its original source.