Published May 24th, 2021 - 06:11 GMT
A health worker wearing a protective suit stands on the window of a newly inaugurated 'Oxygen Hub' for Covid-19 coronavirus patients in Kolkata on May 23, 2021. Dibyangshu SARKAR / AFP
Highlights
coronavirus death toll passed 300,000 in India.

India's coronavirus death toll crossed 300,000 as the country recorded more than 4,400 fatalities in the last 24 hours, according to Health Ministry figures released Monday. 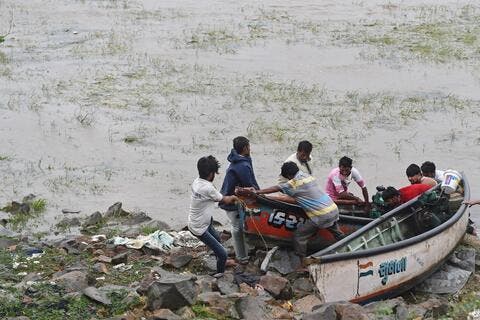 India had seen an exponential rise in cases, with the daily number surpassing 400,000. While there has been a decline in daily cases, this has not been the case for daily virus-linked deaths.

According to the daily figures, the worst-hit capital of New Delhi has also seen a significant decline in new cases, but rural areas of the country have been seeing increases in infections.

What is now worrying doctors is an increase in cases of the deadly fungal infection mucormycosis. According to government figures, there are nearly 9,000 cases in the country.

According to doctors, mucormycosis is fatal for people who have weak immune systems and also causes loss of eyesight and the removal of the nose and jawbone if not treated in time.

BREAKING: The COVID-19 death toll in India has passed 300,000 as a devastating surge of new infections shows no signs of easing. https://t.co/siM8qilq3n

India is currently vaccinating everyone above the age of 18 for COVID. But the drive has suffered due to a shortage of supplies, with many states saying they do not have enough stocks to carry on the vaccination drive. 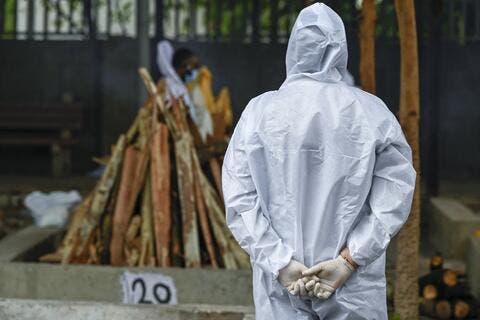 "It is a serious matter of concern that after Monday, Covaxin will not be available for the second vaccine dose of those in the 45+ category!" Atishi Marlena, a member of the Aam Aadmi Party, which governs the capital, wrote on Twitter.

While India is the second most affected country in the world in terms of infections after the US, according to US-based John Hopkins University, India has become the third country after the US and Brazil to cross 300,000 virus-linked deaths.