India's virus situation at this moment is considered a small fraction of the record peaks several months ago: 4.4% of the Covid-19 deaths in June and 5.6% of the cases in May, as the weekly global toll decreased 10% and infections 9%. 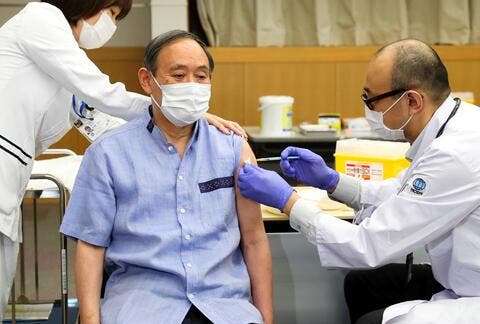 Japan is About to Lift Its Covid-19 State of Emergency

Like in other nations, India's numbers are down because of an aggressive vaccination program.

The nation, which is the prime manufacturer of vaccines in the world, has inoculated 47.7% with one dose and 27.6% are fully vaccinated. Worldwide, vaccination doses grew by 210 million in one week to 6.33 billion with the world's population of 7.9 billion, according to tracking by Bloomberg.

But Dr. Naveet Wig, who heads the COVID Task Force in Deli, warned India must do better.

"We have to go far ahead of 100 cores and have to make everybody double vaccinated," she told ANI. "So this is our aim and we are moving ahead, but we have to move faster and ensure that everybody gets the second dose as well.

"And that is how we are going to win this war. It is not an easy war still, we cannot be overconfident, we have to be a little underconfident so that we don't lower our guard and take all precautions."

National capital Delhi has reopened religious places but a distance of 6 feet has to be maintained between the devotees inside the places of worship.

The state of Kerala in southern India with a population of 34.6 million accounted for 57% of the cases Sunday, 13,217.

On Saturday, the state of Kerala permitted cinema halls and indoor auditoriums to reopen, starting Oct. 235. The state government also allowed schools to reopen for certain classes levels on Nov. 1.

In the past week, Asia's fatalities and infections each decreased 14%.

Japan has accelerated its vaccination program with 70.7% of the population getting at least one dose. The nation got a late start with the first doses administered in February.

Japan ended its state of emergency on Friday for the first time in six months in most of the nation, including Tokyo.

People were to stay at home and avoid going to crowded places. Also, restaurants and bars were urged to close by 8 p.m. and refrain from serving alcohol.

Also, Japan eased quarantine rules for travelers from abroad who have been fully vaccinated, reducing the required period of self-isolation after arrival from 14 days to 10.

The pandemic began in late 2019 in Mainland China, but the nation has reported only a few deaths in the past 12 months and stands in 77th at 4,636 behind Libya with 4,664. China added 41 cases Sunday.

China reports it has vaccinated 82.5% of its population with at least one dose.

Chuseok, a festival to celebrate the harvest and honor ancestors, ended Wednesday.

The nation's one-shot vaccination rate is 67.7%, and on Sunday announced booster shots will be required for travelers and entry to public spaces for those 12 and older.

A Green Pass is required to enter restaurants, hotels, clubs, cultural venues and large private gatherings. Other people can only gain entry with proof of a negative test.

"Now is the time to be strict about the Green Pass, be cautious and not become complacent," Prime Minister Naftali Bennett of Israel said late Saturday.

Israel is among 16 nations outside the 27-nation European Union participating in the bloc's vaccine certificate program, meaning people who have been fully vaccinated can visit other member countries, including England, without needing to quarantine. Each nation can implement restrictions.

The EU has recommended removing the United States from its "safe travel" list, meaning American travelers would face restrictions that include quarantine and testing.

In Britain, those fully vaccinated with Oxford/AstraZeneca, Pfizer/BioNTech, Moderna or Janssen shots in the United States, Australia, New Zealand, South Korea or a European Union country will be exempt from quarantine.

On Sunday, Russia reported a record 890 deaths for a total of 209,918 in fifth place worldwide. For six days in a row Russia gained at least 800 fatalities.

Russia has inoculated only 32.9% of its population with only one vaccine dose. The nation administers its own vaccines, including Sputnik 5.

Last week, the United States announced it won't accept the Sputnik for entry into its country.

"We stand against attempts to politicize the global fight against COVID-19 and discriminate against effective vaccines for short-term political or economic gains," Russian Direct Investment Fund, the sovereign wealth fund that backed Sputnik V, said in a statement. It noted the vaccine has been approved in 70 countries where over 4 billion people reside, and its "efficacy and safety have been confirmed both during clinical trials and over the course of real-world use in a number of countries."

Russia's Kremlin said it was not considering a lockdown nationwide.

"We didn't go through COVID to go back to how things were before - to the status quo ante," he said in a statement Sunday. "Build back better means we want things to change and improve as we recover.

"That means taking the big, bold decisions on the priorities people care about -- like on social care, on supporting jobs, on climate change, tackling crime and leveling up."

Petrol retailers, meanwhile, have warned that the situation is getting worse in London and the South East.

The United States' deaths dropped 16% and cases 17%. On Saturday, the United States reported 690 deaths and 46,482 cases though most states don't report data on weekends. Deaths surpassed 700,000 Friday, according to Johns Hopkins tracking, which is 20,000 fewer than data by Worldometers.info.

Canada has one-third the rates per million than the United States with deaths 732 and cases 42,751.

Canada has the best one-shot vaccination rate of the three largest countries in North America at 76.2%. Mexico's percentage is 50.2%, though it was the first Latin American nation to begin vaccinating people.

The United States' non-essential travel ban with Canada and Mexico has been extended through Oct. 21. It began one year ago in March. Earlier, Canada announced it was reopening to vaccinated Americans.

Mexico City is close to switching to low risk green from medium risk yellow on the coronavirus stoplight map, Eduardo Clark, the city's head of the Digital Agency for Public Innovation and a COVID spokesman, said Friday.

Coronavirus hospitalizations in the great metro area are 2,066, a reduction of 279 in one week.

The continent made up 6% of world's cases and 9% of deaths in one week, the lowest since the start of the pandemic. It was 38% of global infections and 44% of fatalities in June, Bloomberg reported. The continent's population is 5.5%.

"Our population has a culture of vaccination and there isn't as much rejection as in other places," Maria Teresa Valenzuela, a professor at the University of the Andes in Chile and an adviser to the health ministry, told Bloomberg. "People have been responsible in obeying the calls of the authorities and it's been orderly in terms of ages, risk groups and finding gaps where it has lagged behind."

Latin America is at 58% with at least one shot, according to New York Times tracking.

Specifically, South Africa has vaccinated just 21.4% of its population with at least one shot.

"In Africa, the major issue has been a supply issue rather than a demand issue," Dr. Richard Mihigo, the World Health Organization's program coordinator for vaccine development in Africa, said at a news conference Thursday.

Africa has 16.72% of the world's population but its share of vaccinations is around 3%.

Australia has a vaccination rate of 66.6% with New Zealand at 66.9% among the entire populations. 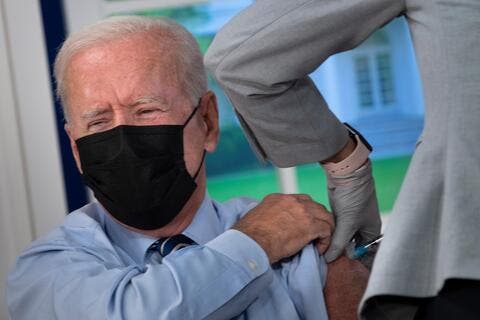