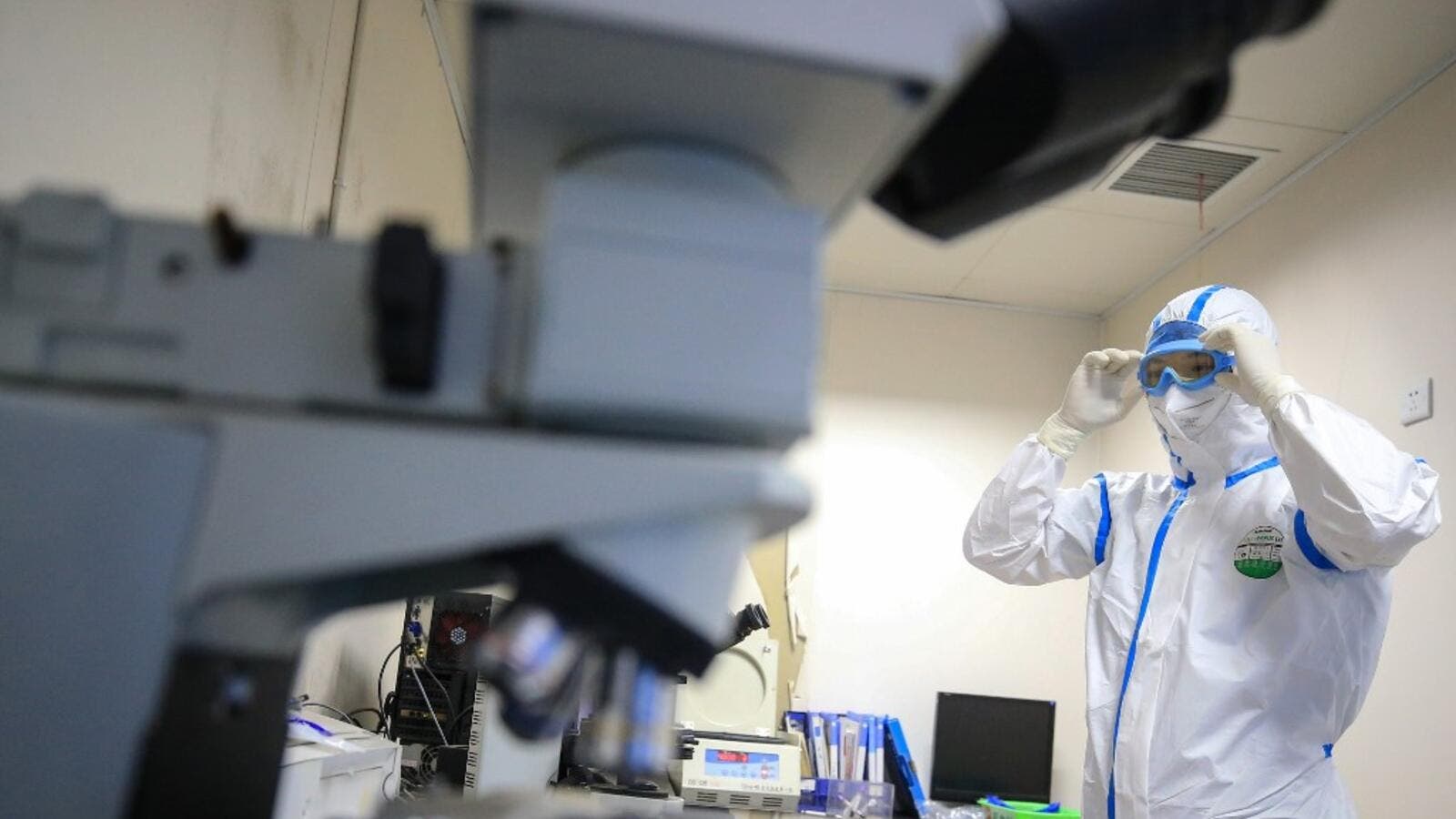 Iran has confirmed its first two coronavirus patients have died in intensive care in hospital.

The pair were an elderly Iranian couple who were already in bad health and had problems with their immune systems, officials said.

It is not known whether they travelled to China or caught the disease from somebody elsewhere. They had been in hospital in Qom, around 86miles south of the country's capital, Tehran.

'Unfortunately both passed away in the intensive care unit due to old age and issues with their immune system.'

Only one other country in the Middle East has been infected by the virus so far – the United Arab Emirates, which announced its ninth case on Sunday.

The virus, which causes an illness called COVID-19, has been spreading in China since the end of December last year and internationally since mid-January.

The coronavirus is known as SARS-CoV-2 and causes cold- and flu-like symptoms, including cough and fever, and in more severe cases, shortness of breath. It can worsen to pneumonia, which can be fatal.

It is believed to have originated in a wild animal sold at a Chinese market in order to be consumed as food, after first being transmitted by bats.

Iran has applied safety measures on arrival flights at its airports to control a possible spread of the virus.

And it has prepared hospitals for more cases of the contagious infection.

Egypt's Health Ministry last week confirmed its first case of the virus in a patient who officials only identified as a foreigner who is carrying the virus but not showing any serious symptoms.

The ministry said the person was hospitalized and in isolation. It did not specify the person's nationality or what port of entry he or she arrived at in Egypt.

The case in Egypt was also the first on the African continent.

Experts and African leaders have expressed concern that should the virus spread there, it might wreak havoc among less developed countries with fewer health resources.

He said at a press conference: 'We are requesting 675 million US dollars to fund the plan for the next three months.

'Sixty million of that is to fund WHO's operations; the rest is for the countries that are especially at risk and who need our support.

It was not clear which countries Dr Ghebreyesus was referring to, but the WHO has in the recent past suggested African nations could be devastated if the virus were to spread to the continent. It has since been declared in Egypt.

Dr Ghebreyesus added: 'My biggest worry is that there are countries today who do not have the systems in place to detect people who have contracted with the virus, even if it were to emerge.

'Urgent support is needed to bolster weak health systems to detect, diagnose and care for people with the virus, to prevent further human to human transmission and protect health workers.'

Although international spread has been very limited so far – accounting for just one per cent of all cases – there is still a risk of numbers surging outside of China.