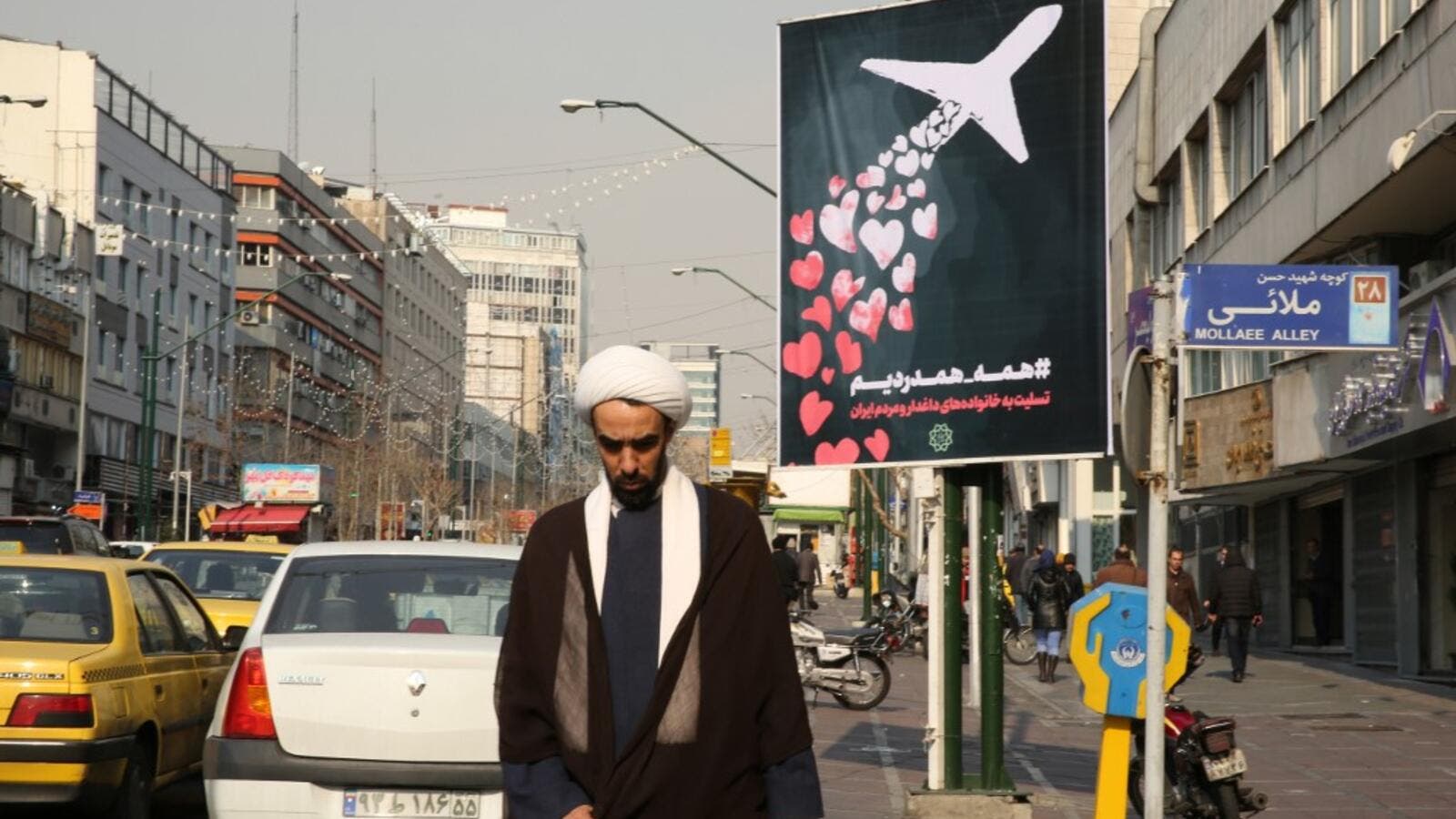 An Iranian cleric walks past a poster honouring the victims of a Ukrainian passenger jet accidentally shot down in the capital last week, in front of the Amirkabir University in the capital Tehran, on January 13, 2020. (AFP/ File Photo)
Highlights
Iran finally admitted on Saturday its military had shot down the plane in a “disastrous mistake”.

Iran faces international legal action by five countries whose citizens it killed when it shot down a passenger jet.

Foreign ministers from Ukraine, Canada, Sweden, Afghanistan and the UK will meet in London on Thursday to discuss compensation.

All 176 people on board were killed when the Ukrainian plane was hit by an Iranian surface-to-air missile after it took off from Tehran airport on Wednesday.

“We have created this group of foreign ministers from the grieving nations. On Jan. 16, we will meet in London to discuss the ways, including legal, we are following this up, how we are prosecuting them,” Ukraine’s Foreign Minister Vadym Prystaiko said on Monday.

Iran finally admitted on Saturday its military had shot down the plane in a “disastrous mistake.” Tehran said it was misidentified as a hostile target when it turned toward an Islamic Revolutionary Guard Corps base.

“This is nonsense,” Prystaiko said. “Our plane was recorded and confirmed within the international route that was given by the dispatchers.

“This is the Iranian government’s responsibility. We have to dig out who gave the order, who pushed the button, everything ... all these people should be punished.”

Meanwhile protesters in Iran denounced the ruling mullahs on a third day of demonstrations over the downing of the plane. Students shouted “Clerics get lost” and “Death to the dictator,” in chants aimed at Supreme Leader Ali Khamenei.'