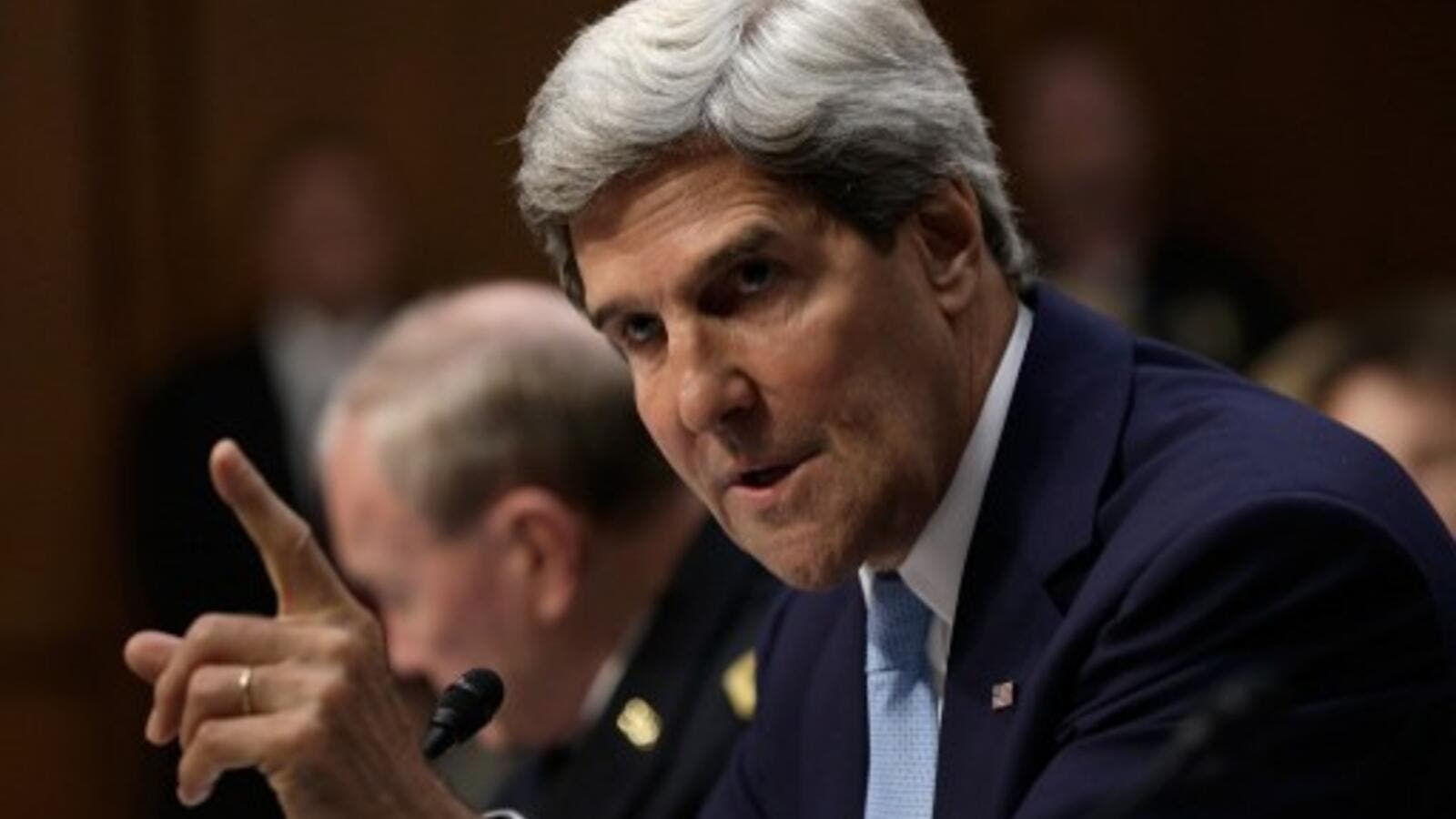 Kerry expressed doubts about Iran's willingness to uphold the nuclear deal Tuesday in front of US lawmakers, but continued to urge Congress to lift sanctions nonetheless (File Archive/AFP)

Secretary of State John Kerry raised doubts on Tuesday if Iran was truly prepared to conclude a final deal with western powers on dismantling its nuclear program, but urged US lawmakers not to impose new sanctions, Agence France-Presse reported.

“I came away from our preliminary negotiations with serious questions about whether or not they’re ready and willing to make some of the choices that have to be made,” AFP quoted Kerry as telling US lawmakers.

“Has Iran changed its nuclear calculus? I honestly don’t think we can say for sure yet. And we certainly don’t take words at face value,” Kerry told the House foreign affairs committee.

On Nov. 24, Iran and the P5+1, which included the US, China, Russia, the UK, France and Germany, signed an interim historic deal after decades of gridlock. The six-month agreement stipulated Iran is to freeze its controversial nuclear program. In return, the crippling international sanctions against the country will be eased.

Kerry went to say that “this is not about trust.”

“Given the history we are all rightly skeptical about whether people are ready to make the hard choices to live up to this,” he added.

“We now have the best chance we’ve ever had to test this proposition without losing anything.”

He also urged lawmakers to hold off imposing new sanctions on Tehran in order to give negotiators time to work, and stressed Iran’s seriousness would be put to the test over the upcoming six months.

Iran has denied accusations it is seeking to acquire a nuclear weapon under the guise of its civilian atomic energy program.

“I’m not saying never ... If this doesn’t work we’re coming back and asking you for more. I’m just saying not right now,” the Secretary of State said regarding potential sanctions.

Two US senators, Democrat Robert Menendez and Republican Mark Kirk, are finalizing a new Iran sanctions measure that they hope to introduce before Congress goes on its year-end recess.

Kerry said the world faced “a hinge point in history,” in which one path could lead to a resolution over global concerns about Iran’s nuclear program and the other could lead to conflict.

The meeting between Iran and the United States, China, Russia, Britain, France, Germany -- the so-called P5+1 -- was making progress however, they said.

“It’s certainly going well in terms of that the talks are lengthy and that they are constructive discussions,” one Western envoy involved in the meeting in Vienna told AFP on condition of anonymity.

“My sense is that given that there are seven or eight entities involved with their own views it’s inevitably going to take time.”

“It’s difficult to imagine that happening,” the second diplomat said. Instead this may be decided in a so far unscheduled meeting of political directors from Iran and the six powers.

A delegation from the European Parliament will head to Iran this week to reestablish links with politicians and to discuss human rights issues, a member of the group told AFP Tuesday.

The diplomatic visit is due to take place from Dec. 13-16.

The official itinerary for the visit has yet to be finalized but will include meetings with the authorities and deputies, said delegation member, Belgian ecologist Isabelle Durant.

There will also be informal meetings with opponents of the regime and human rights activists, she said.

Among these activists are filmmaker Jafar Panahi and lawyer Nasrin Sotoudeh, the 2012 winners of the EU's Sakharov prize for human rights.

In October 2012, the parliament cancelled a planned trip to Iran after authorities refused to allow delegates to meet with Panahi and Sotoudeh.