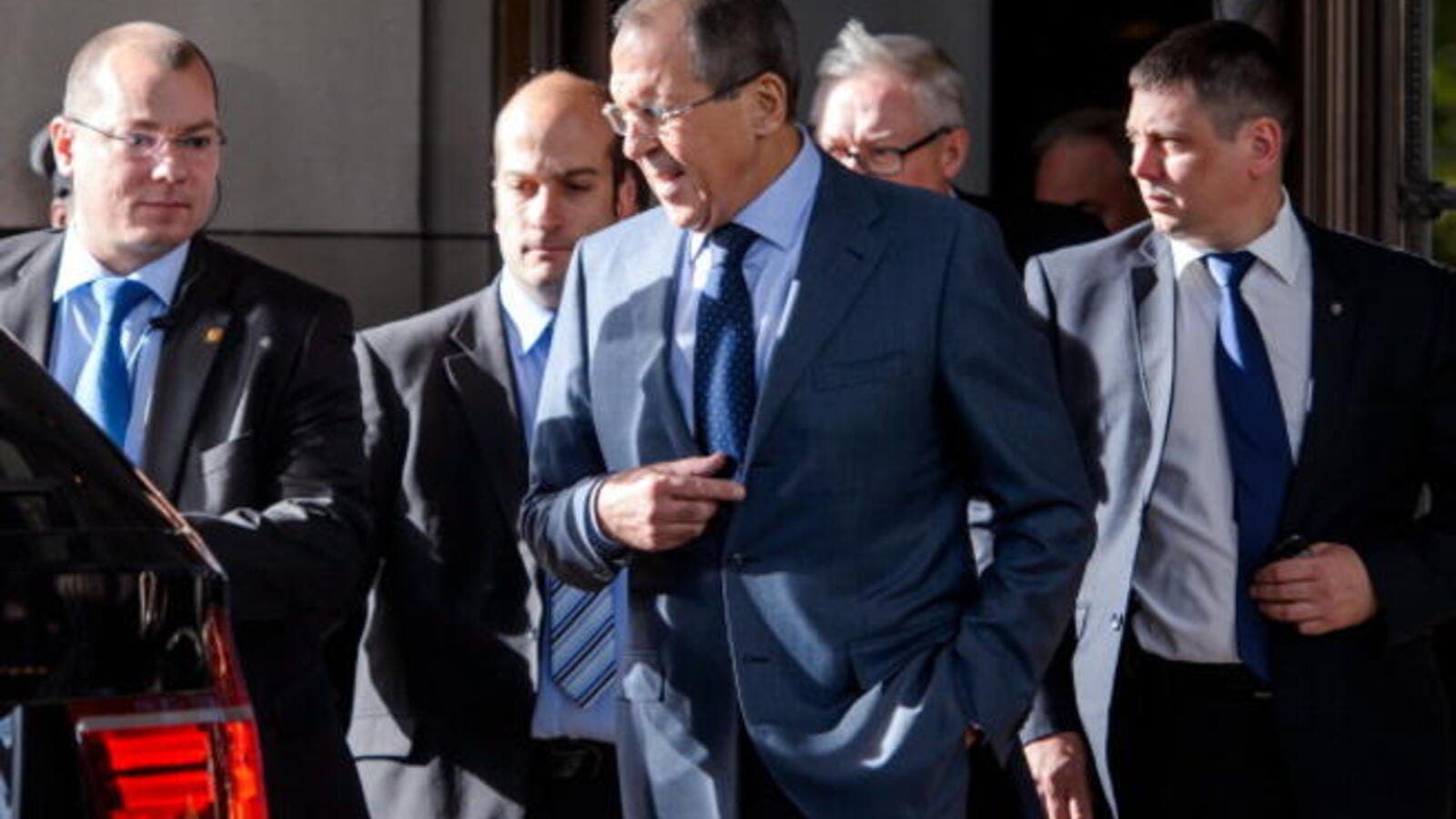 Russian Foreign Minister Sergei Lavrov leaves the Intercontinental Hotel on the third day of talks on Iran's nuclear program, on November 9, 2013 in Geneva.[AFP]

In a Saturday statement, the Russian Foreign Ministry described a meeting between Lavrov and Iranian Foreign Minister Mohammad Javad Zarif in the Swiss city of Geneva on Friday as "a comprehensive and interested exchange of opinions" about ways to resolve the disagreements in the talks.

The top Russian diplomat arrived in the Swiss city on Friday afternoon and sat down with his Iranian opposite number before meeting European Union foreign policy chief Catherine Ashton.

"Lavrov underlined that for the first time in many years, the '5+1' and Iran have a real opportunity to come to agreement," the statement quoted Lavrov as saying at the meeting.

According to the statement, the Iranian and Russian foreign ministers discussed "key issues in the parties' positions, which inhibit reaching decisions."

Hopes are now rising that an agreement is just around the corner as US Secretary of State John Kerry and other foreign ministers of the world powers gather in Geneva to join the talks which are aimed at resolving the West’s decade-old standoff with Iran over its nuclear energy program.

On Friday, the Iranian foreign minister said there has been a 90-percent progress in the course of the nuclear negotiations between Iran and the sextet of world powers.

Zarif added that only “one to two issues” need to be resolved.

Russian Deputy Foreign Minister Sergei Ryabkov also expressed optimism about the likelihood of an agreement between Iran and the six countries.
“I think it’s a possibility. It’s not final yet. I’m always optimistic. It depends on many factors,” Ryabkov told reporters in Geneva on Friday.

Meanwhile, informed sources say the six world powers have accepted the Islamic Republic’s right to enrich uranium. The issue has been Iran’s key red line and a major bone of contention between the two sides.