Iran Warns It Will Not Tolerate 'Israeli Presence' in The Caucasus

Israeli regime’s presence in the region is a cause for serious concern, stressing the importance of resolving regional problems without foreign interference, Iran's Foreign Minister Hossein Amir-Abdollahian revealed. 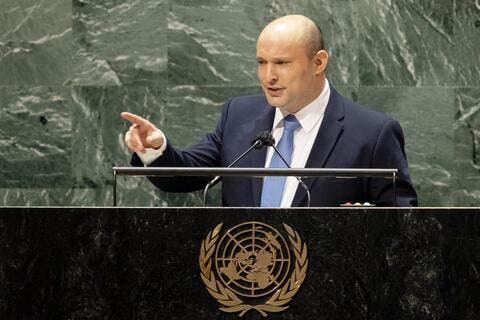 Speaking at a joint press conference with his Armenian counterpart Ararat Mirzoyan in Tehran on Monday, Amir-Abdollahian added that the South Caucasus region already suffers from a series of problems and “the presence of the Zionists is a matter of serious concern for us.”

“We announce it loudly that we will not allow certain actors to have an influence on Iran’s relations with its neighbors, including Armenia,” he added.

🇮🇷🇦🇲Negotiations between the Foreign Ministers of Armenia and Iran took place in Tehran.

The visit of the head of the Armenian Foreign Ministry took place against the background of aggravation on the border between Azerbaijan and Iran.
#Armenia #Iran pic.twitter.com/OGbaiIfbBP

“Our region cannot tolerate any new crises. All regional countries will reach a consensus that regional problems should be solved by regional actors and without any foreign interference,” the top Iranian diplomat pointed out.

His remarks come amid heightened tensions between Iran and neighboring Azerbaijan over the Israeli regime’s presence on Azeri soil, which Iran regards as a threat against its national security.

The Iranian Army’s Ground Forces on Friday held military exercises codenamed Fatehan-e Khaybar (Conquerors of Khaybar) in the northwestern part of the country.

Azerbaijan’s President Ilham Aliyev has criticized Iran’s exercises. Tehran has hit back by saying that holding drills is part of the national sovereignty, warning that Israel’s anti-Iran activities in neighboring countries will not be tolerated.

On Sunday, Leader of the Islamic Revolution Ayatollah Seyyed Ali Khamenei said the interference of foreign actors in the region is a source of discord and damage, warning that those who suffer from the illusion of trusting foreign forces to establish security in their country “will soon get slapped.”

“We have told our friends in Baku that we recognize territorial integrity and national sovereignty of the Republic of Azerbaijan and helped preserve them,” he added.

He said Iran has informed Azeri officials of the moves carried out by the Israeli regime against the Islamic Republic from Azerbaijan’s soil and they vowed to give the necessary warnings to Tel Aviv.

“Baku should not allow its borders and its country to be used by a third party. Iran well knows how to protect its security but it is right that Baku should fulfill the responsibilities under its sovereignty,” the Iranian spokesperson added.

Elsewhere in the presser, the Iranian foreign minister said he held “good and constructive” talks with the Armenian prime minister and both sides agreed to draw up a new roadmap to promote “growing” mutual relations at the “strategic level.”

“We also agreed today to expand relations in economic, trade, cultural and tourism sectors in addition to political issues. Trade and the use of Armenia’s transit route are among the important issues for the two countries,” Amir-Abdollahian added.

The Armenian foreign minister, for his part, hailed his talks with his Iranian counterpart in an atmosphere of friendship and mutual trust and said a very bright future awaits the two countries.

Mirzoyan added that both sides discussed in detail all developments in the region and agreed to deepen mutual strategic relations.

Iran's foreign minister said on Saturday that U.S. officials tried to discuss restarting nuclear talks last month, but he insisted Washington must first release $10 billion of Tehran's frozen funds as a sign of good will. https://t.co/hVdkTmbzsQ

He said he has fully briefed his Iranian counterpart on the developments in the Nagorno-Karabakh region and deplored the presence of mercenaries from other countries there.

The Armenian foreign minister took a swipe at the Republic of Azerbaijan for refusing to release the prisoners of war following the most recent military clashes with Armenia, saying they should be released as soon as possible.

He also thanked Iran’s support for Armenia’s territorial integrity and said the two countries are determined to improve relations and would spare no efforts in this regard.

Armenian Prime Minister Nikol Pashinyan said on Sunday that his country never has and will never be involved in any conspiracy against Iran.

“I am confident that our Iranian partners know that the Republic of Armenia has never been and will never be involved in any conspiracy against Iran, because we extremely value those relations,” Pashinyan said, Armen Press reported.

Tehran will not allow terrorists, Israel to harm ties with neighbors: Amir-Abdollahian

Meanwhile, the Iranian foreign minister told his Armenian counterpart in a meeting that Tehran would not allow terrorists and the Israeli regime to damage its good relations with the neighboring countries.

He further said Iran is determined to expand ties with Armenia in various political, economic and cultural fields and expressed hope that the two sides would implement joint economic projects to help increase bilateral trade. 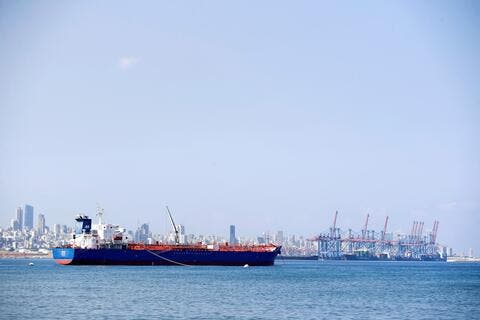 The Armenian foreign minister, for his part, expressed regret that interference of third parties in the Caucasus crisis has led to the presence of terrorists from Iraq and Syria in the region.

Mirzoyan and Amir-Abdollahian met on the sidelines of the latest session of the UN General Assembly in New York last month, when the former called for expansion of cooperation with the Islamic Republic in the oil and energy sectors.