Published April 26th, 2021 - 08:49 GMT
An oil tanker is anchored in the Persian gulf south of Iran. (Shutterstock/ File Photo)
Highlights
Three Syrians killed in an attack by a drone on Iranian Tanker near Banias port.

At least three people died when an Iranian tanker was attacked off Syria’s coast Saturday, in the first assault of its kind since the war started a decade ago, a war monitor said. 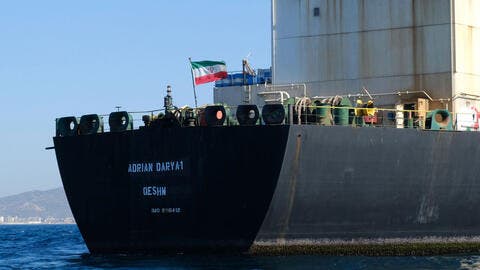 “At least three Syrians were killed, including two members of the crew” in the attack that sparked a fire, said Rami Abdel Rahman, head of the Britain-based Syrian Observatory for Human Rights said.

It was not clear who carried out the attack, the war monitor said.

“We don’t know if this was an Israeli attack,” Abdel Rahman told AFP, adding that “the Iranian tanker came from Iran and was not far from Banias port”.

It was also not clear if a drone or a missile was used in the attack, the Observatory said.

State news agency SANA, quoting the oil ministry, said the fire erupted after “what was believed to be an attack by a drone from the direction of Lebanese waters”. The flames were later extinguished.

In a report published last month that cited US and Middle East officials, the Wall Street Journal said Israel had targeted at least a dozen vessels bound for Syria and mostly carrying Iranian oil since late 2019.

Hundreds of Israeli air strikes have also struck Syria since the war began in 2011, mostly targeting Damascus regime allies from Iran and the Lebanese Hezbollah movement and Syrian government troops.

The Banias oil refinery is located in the Syrian regime-controlled coastal province of Tartus.

“It’s the first such attack on an oil tanker, but the Banias terminal has been targeted in the past,” Abdel Rahman said.

"We don't know if this was an Israeli attack..The Iranian tanker came from Iran and was not far from Banias port”

It was not clear if a drone or a missile was used in the attack https://t.co/PFjVb6qJf1

Early last year, Damascus said divers had planted explosives on offshore pipelines of the Banias refinery, but the damage had not halted operations.

And in February 2020, four oil and gas sites in the central province of Homs were attacked by armed drones, sparking fires and causing material damage.

Saturday’s attack comes after a Syrian officer was killed and three soldiers wounded Thursday in strikes launched by Israel, after a missile was fired towards a secretive nuclear site in the Jewish state.

The Israeli army said at the time that a surface-to-air missile had been fired from Syria toward the southern Negev desert, where the Dimona nuclear reactor is located.

The exchange of fire came less than two weeks after Iran accused Israel of “terrorism” following an explosion at the Islamic republic’s Natanz nuclear facility.

Israel is considered the leading military power in the Middle East, and is widely believed to possess its sole nuclear arsenal.

It has never disclosed its atomic arsenal, but foreign experts say the Jewish state has between 100 to 300 nuclear warheads.

There were no immediate reports of any casualties or damage on the Israeli side.

Israel has long sought to prevent bitter foe Iran from establishing itself in war-torn Syria.

Before Syria’s war, the country enjoyed relative energy autonomy, but production has plummeted during the war, pushing the government to rely on importing hydrocarbons.

Western sanctions on oil shipping, as well as US punitive measures against Iran, have complicated these imports.

#UPDATE At least three people died when an Iranian tanker was attacked off Syria's coast Saturday, in the first assault of its kind since the war started a decade ago, a war monitor saidhttps://t.co/lcEtKRazXP 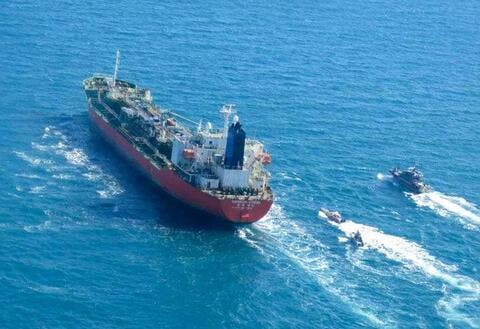 Iran’s Al-Alam television said an oil tanker that was hit on Saturday near Baniyas in Syria was one of three Iranian tankers that arrived a while ago at the oil terminal.

Syria’s oil ministry had said earlier that a fire was extinguished on an oil tanker off the coastal city of Baniyas after the suspected drone attack from the direction of Lebanese territorial waters, state media reported.