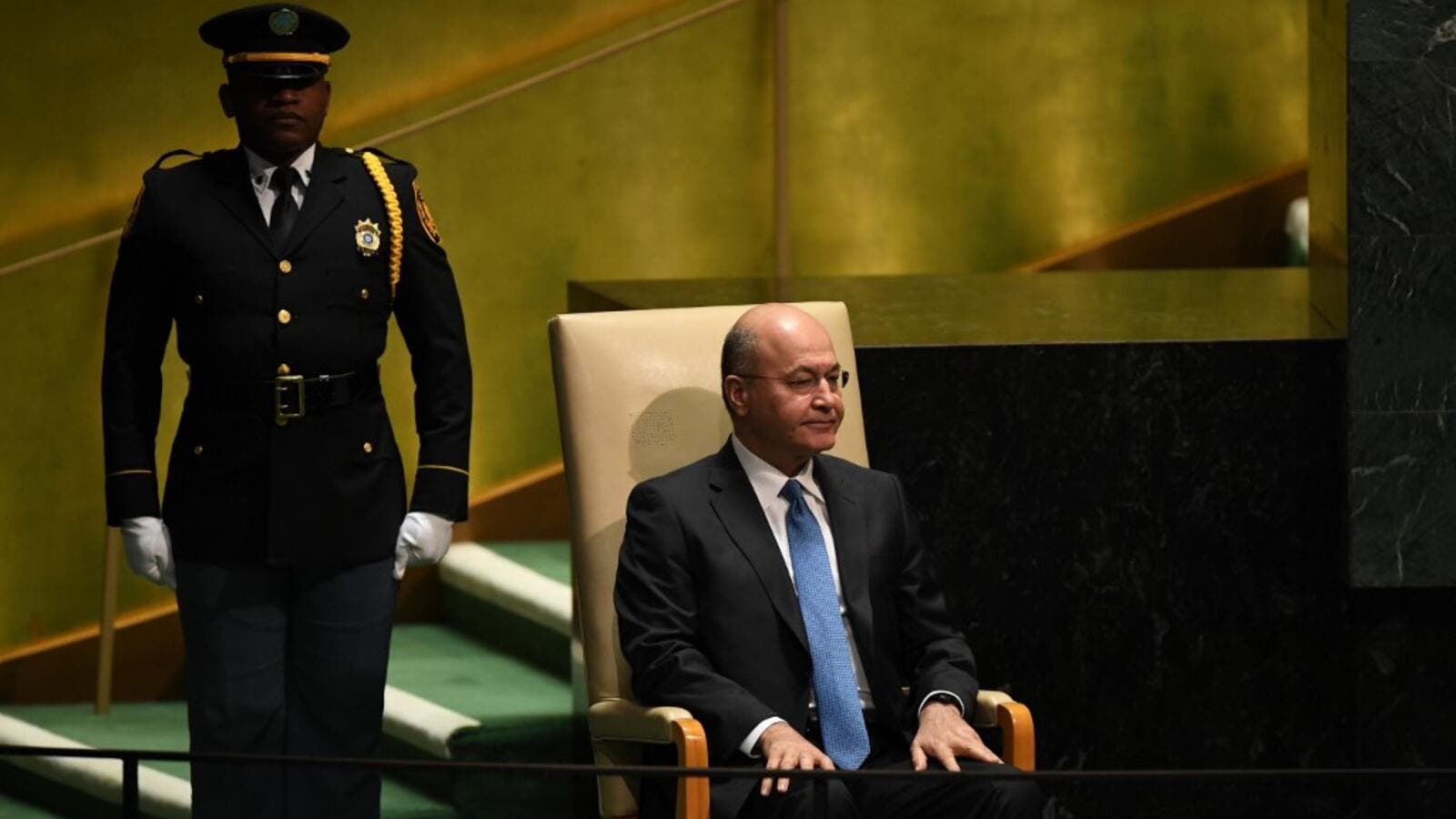 Barham Saleh, President of Iraq waits to speak during the 74th Session of the General Assembly at the United Nations headquarters in New York on September 25, 2019. (TIMOTHY A. CLARY / AFP)
Highlights
Iraq’s Prime Minister Adel Abdul Mahdi approved the reopening of a border crossing between Iraq and Syria, in the latest sign of normalisation with Assad's government.

Iraq has approved the reopening of the Qaim border-crossing with Syria on Monday, according to state news agency INA, in the latest sign of normalising ties between the neighbouring governments.
Iraq’s Prime Minister Adel Abdul Mahdi’s move to open the crossing will give access to travellers and trade, Iraq’s border agency chief said, according to the INA report.

The crossing is located in the western Anbar province town of Qaim, 300 km (185 miles) west of Baghdad, which was the last Islamic State bastion to fall in Iraq after security forces recaptured it from militants in November 2017.

The area border the Syrian town of Albu Kamal, which was also an Islamic State stronghold that lie on a strategic supply route. Up until now, the crossing between them had only been open for government or military traffic.

Baghdad recently called for the reinstatement of Syria’s membership at the Arab League, which was suspended in 2011 over its crackdown on protesters at the start of the brutal civil war.

Signs that Bashar al-Assad's regime could be coming in from the cold were seen at the UN on Friday, when the head of the Arab League exchanged a warm handshake with Syria's foreign minister.

Aboul Gheit is seen at the UN headquarters before passing Muallem, who turns around, a video shared on Twitter shows.

"Good evening. Great. How are you?" Aboul Gheit says, before shaking Muallem's hand and kissing him on both cheeks.

The Egyptian Arab League head is seen engaged in a brief exchange with Syria's Deputy Foreign Minister Faisal Mekdad and its ambassador to the United Nations, Bashar Jaafari.

"Really, it's always a pleasure to see you," Aboul Gheit says to the Syrian officials before giving a friendly tap on the shoulder.

Arab and Western officials have gradually come to accept that Assad will succeed in maintaining power.

The Arab League is expected to take steps to readmit Syria back to the body at its next summit.

In December, Bahrain and Emirati embassies reopened in Damascus, with reports that Saudi Arabia might soon follow suit.

UAE Foreign Minister Anwar Gargash tweeted at the time that his country made the move to curb the influence of Iran and Turkey in Syria.