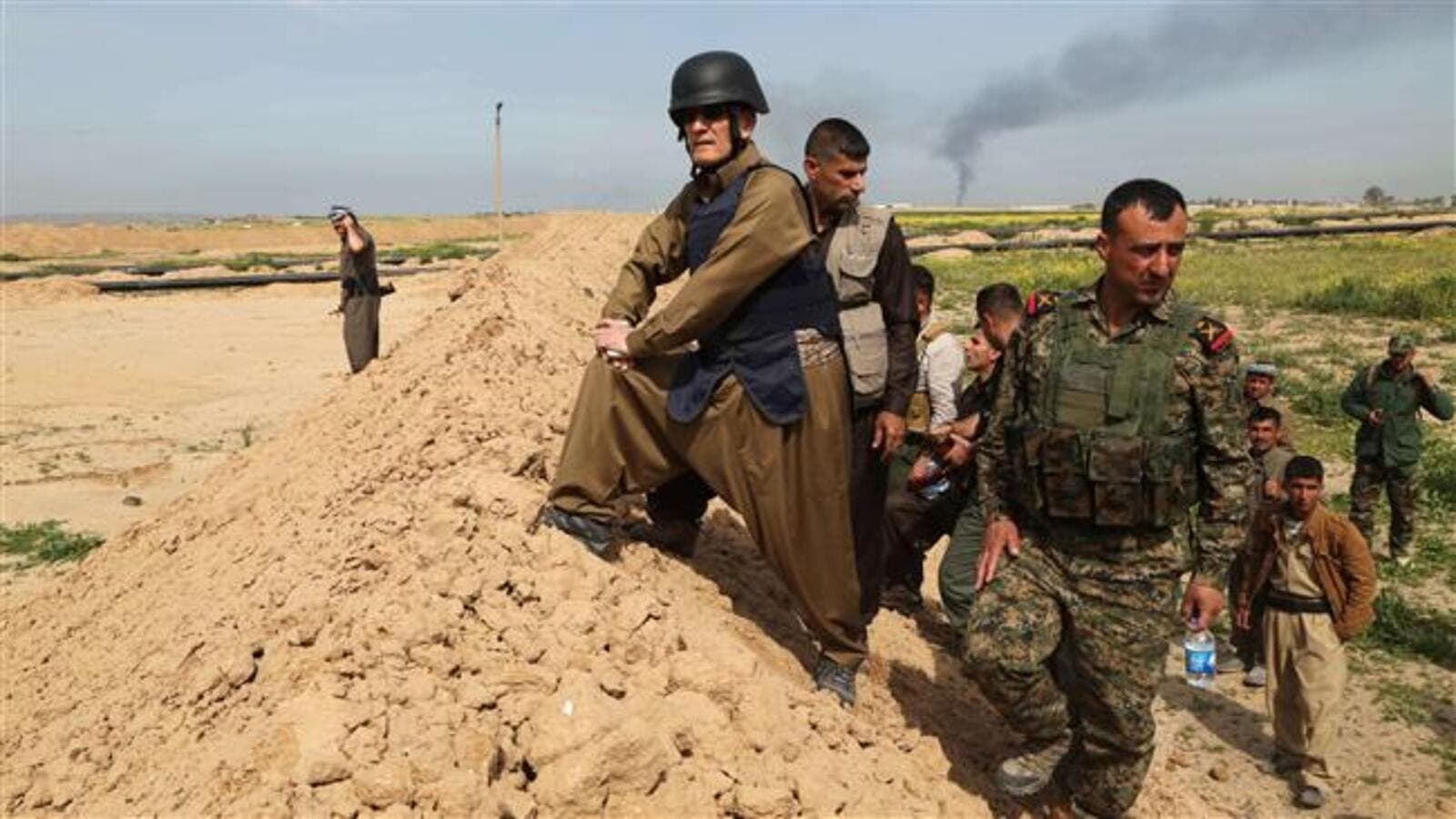 The Iraqi governor of Kirkuk, Najmiddin Karim, stands on a trench alongside Iraqi Kurdish Peshmerga fighters in Kirkuk on March 9, 2015 after the fighters re-took parts of the area from Daesh militants. (AFP/File)

Daesh has attacked the Iraqi town of Tuz Khurmatu in the northern Salahuddin province with chemical weapons, the local police chief said Wednesday.

Salah Abbas, the police chief of Tuz Khurmatu, said the town was attacked with mortar and katyusha shells that included chemical gas.

"Daesh attacked Tuz Khurmatu last night from the (nearby) village of Bashiri it seized. More than 40 mortar shells fell on the region over a short period.

"Due to the gas released from the explosion, five townspeople fell unconscious," he added.

Abbas said that following the attack, the town residents are gravely concerned and scared due to the chemical weapons.

Last month, the Organization for the Prohibition of Chemical Weapons (OPCW) said Daesh used mustard and chlorine gas in an attack on Kurdish peshmerga forces in 2015.

The village of Bashiri, 5 kilometers from Tuz Khurmatu, has been under the terrorist group’s control since 2014 when it overran Mosul.