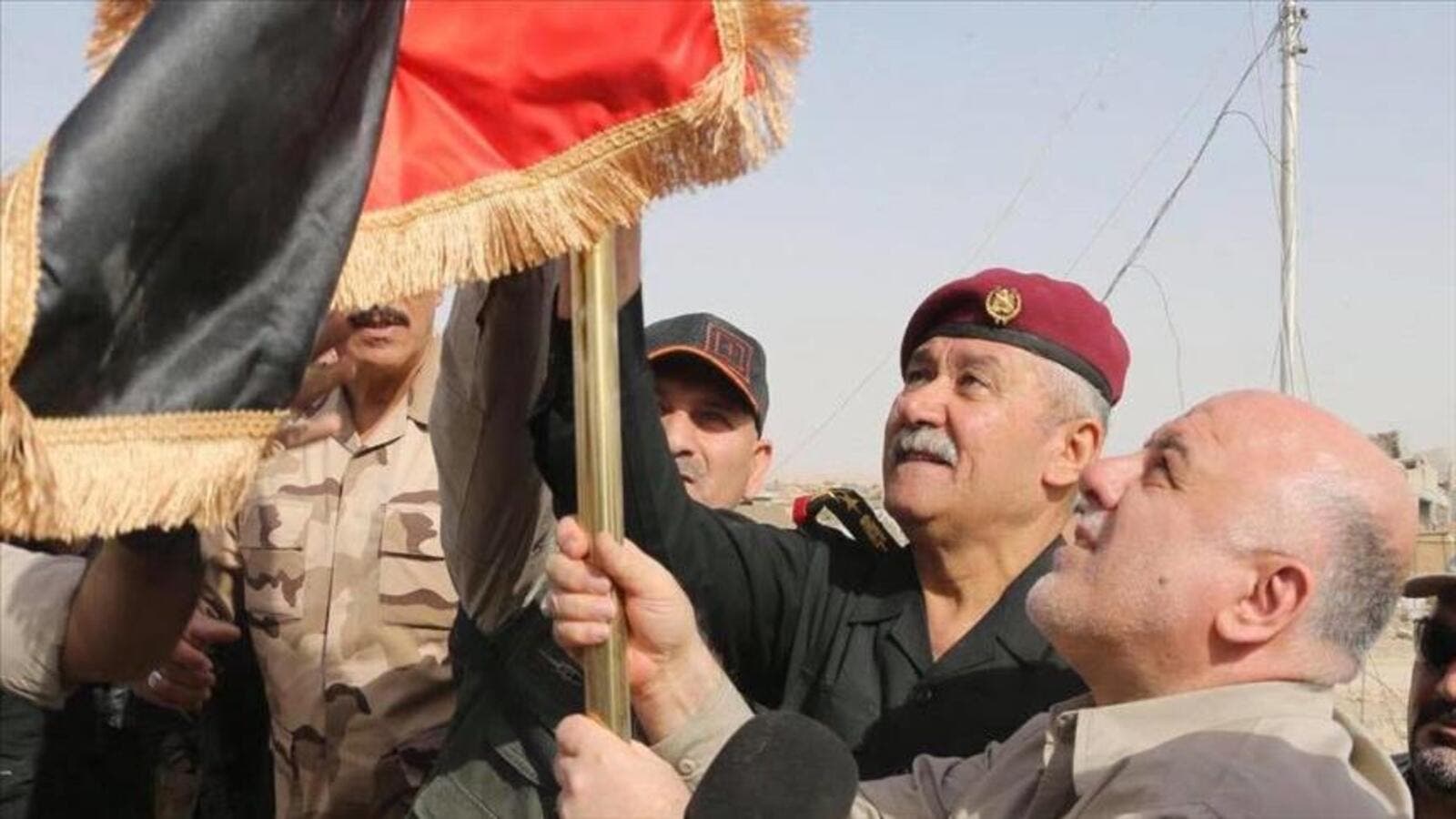 Iraqi Prime Minister Haider al-Abadi on Sunday raised the Iraqi flag over the newly-liberated city of Al-Qaim and Husaybah border crossing with Syria.

According to a statement issued by al-Abadi’s office, the prime minister visited the area and raised the national flags during a ceremony.

Al-Abadi praised Iraqi government forces' role in the retake of Al-Qaim from ISIS, attributing their success to “their dedication”.

Located two kilometers from Al-Qaim city and 410 kilometers west of provincial capital Ramadi, the Husaybah crossing links the Iraqi city of Al-Qaim to the town of Abu Kamal in Syria’s Deir Ezzour province.

On Friday, Iraqi forces moved into and captured Al-Qaim near the Syrian border with a view to driving ISIS from their last remaining stronghold in Iraq’s western Anbar province.

“The Iraqi national flag has been raised over the city’s local government headquarters,” he added.

The notorious terrorist group has recently suffered a string of crushing defeats in both Iraq and Syria after overrunning vast swathes of territory in both countries in 2014.