Iraqi Police Use Live Fire Against Protesters in Baghdad 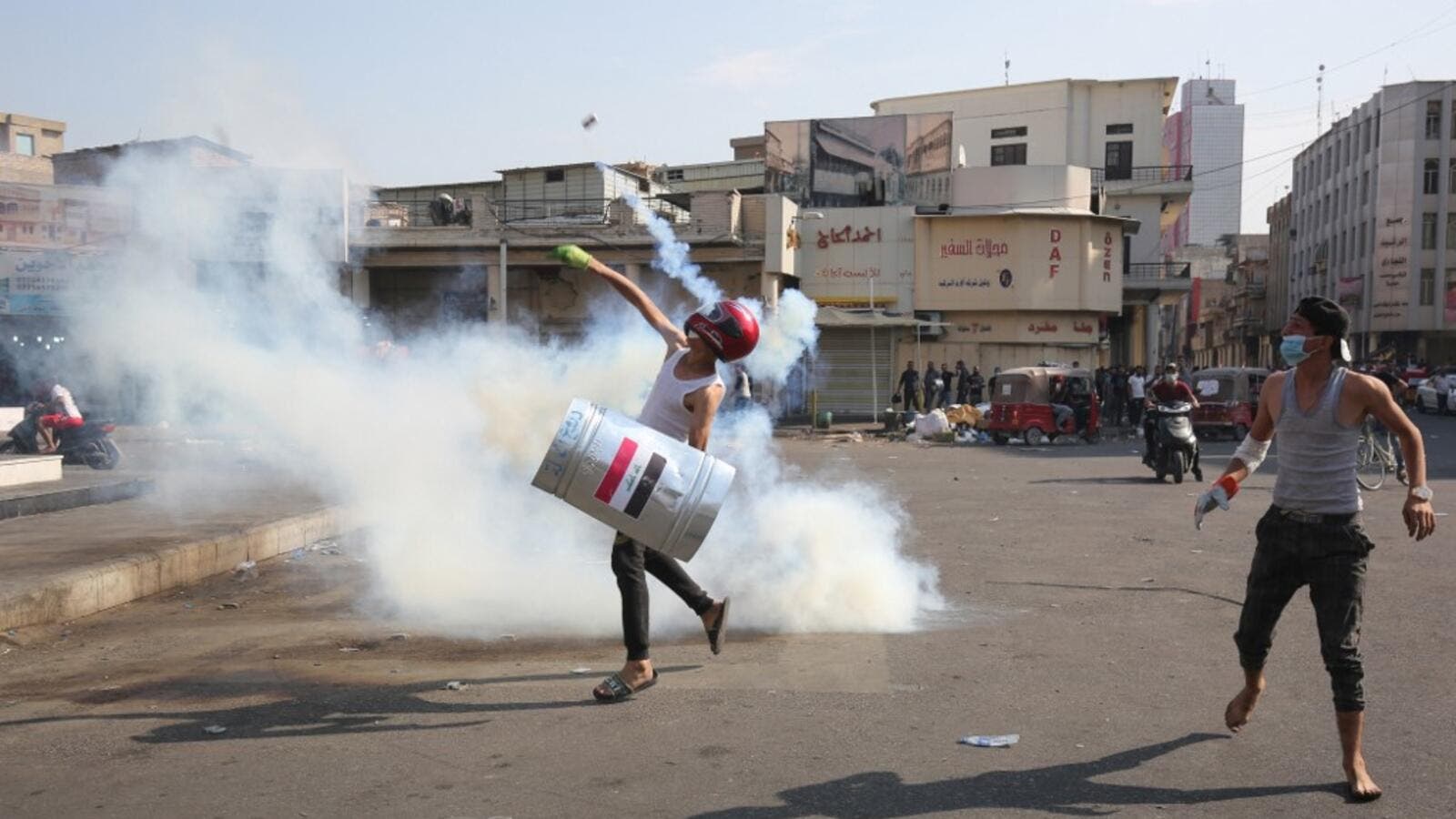 Iraqi security forces fired live ammunition at protesters in the capital Wednesday as tensions rose elsewhere in the country between persistent anti-government demonstrators and paralysed politicians.

Mass rallies have continued in Baghdad and across Iraq's Shiite-majority south, despite a renewed internet blackout and violence that has left nearly 280 dead.

The demonstrations broke out on October 1 in anger over corruption and unemployment but have morphed into demands that the entire ruling system be upended.

In Baghdad, protesters had been concentrated in the iconic Tahrir Square but have increasingly spilled over onto nearby bridges leading to the western bank of the Tigris.

For days, they have faced off against security forces on the Al-Jumhuriyah bridge, which links them to the Green Zone where government offices and embassies are based.

They then spread to Al-Sinek, which ends near the Iranian embassy, and Al-Ahrar, near other government buildings.

A group of protesters Wednesday tried to cross a fourth bridge, Al-Shuhada, but were met with live rounds from security forces, an AFP correspondent said.

Several protesters were seen being wounded in the fire.

"The riot police hit us with batons on our heads and we threw rocks at them," said Mahmoud, a 20-year-old protester being treated by medics after trying to cross Al-Shuhada bridge.

"But then they started firing live rounds on people."

Comment: Tuk-tuks of Tahrir: The unlikely symbol of a revolution in Iraq

Security forces resumed their use of live rounds in the capital on Monday, after nearly two weeks of using volleys of tear gas, but no firearms, to push back protesters.

Even the tear gas usage has been deadly, however, with medics and right group Amnesty International saying security forces appeared to be firing the canisters directly at protesters.

A spokesman for Prime Minister Adel Abdel Mahdi said security forces were instructed to use force if protesters got close to important government buildings including the central bank.

At least 120 people have died since the protests resumed October 24, according to an AFP count, as officials have stopped giving precise tolls in recent days.

Although the resumption has been less deadly, security sources have reported that protesters are being abducted by unidentified assailants to intimidate them.

The kidnappings, coupled with the renewed internet outage, has sparked worries of worse violence looming.

"Cutting the internet is a sign that there will be bloodshed," a government official told AFP.

On Tuesday night, protesters set fire to the homes of parliamentarians and local officials in Al-Shatra, a town north of Nasiriyah, according to security sources.

A sit-in has shut the road to the Umm Qasr port, which brings in most food and medical imports through Basra, for days.

In Basra city itself, protest tents burned after security forces fired searing-hot tear gas canisters at them on Wednesday.

Protesters also shut down the access route to the Dhi Qar oil company and demonstrators shut down the Shanafiyah refinery in Diwaniyah, according to AFP correspondents.

Oil-rich Iraq is OPEC's second biggest producer, but one in five people live in poverty and youth unemployment stands at 25 percent, according to the World Bank.

The United Nations' top official in Iraq Jeanine Hennis-Plasschaert expressed "grave concern" over such disruptions, which she said was costing the country "billions."

Her tweets were shunned by Iraqi protesters, who have so far been unmoved by pleas to return home, pledges of reform or talks to produce a solution to the crisis.

President Barham Saleh has proposed early elections once a new voting law and commission are agreed, which would pave the way for a new prime minister.

But that suggestion appears to have angered Iranian officials trying to close rank around the current government.

Iran holds sway across Iraq's political spectrum, and Saleh's Patriotic Union of Kurdistan (PUK) party has long been seen as close to Tehran.

"Iran isn't happy with the role that Barham Saleh has played in the current crisis. He abandoned those who brought him to the presidency at the first fork in the road," a source close to top decision-makers told AFP.

Embattled Prime Minister Adel Abdel Mahdi cast the idea of an early vote as unrealistic on Tuesday in a rare recorded cabinet session that was later aired on television.