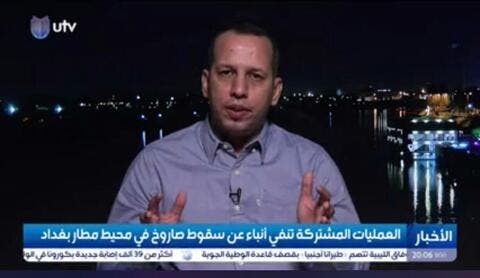 Is Iran Using ISIS Name to Hide Its Role in Assassinating a Prominent Anti-Iranian Historian?

The Iraq activist Hashemi was killed outside his home in Baghdad on the 6th of July last year. The murderer, who was identified as Ahmed Hamdawi Owaid, turned out to be a governmental worker in Iraq's Ministry of Interior, media sources revealed.

Moreover, the killer also confessed to planning the attack with four other people saying the group gathered in Arab Ejbur area in Baghdad riding two motorbikes and a car.

Ahmed Hamdawi Owaid, a lieutenant police officer, revealed firing 4 to 5 bullets on the Iraqi activist from his governmental gun. Later, he announced of being involved with armed militants.

The Iraqi authorities have shared a photo of the government adviser's killer.

Iraqi premier also announced the detention of hundreds of people who are involved in killing innocent people. He also reaffirmed the Iraqi government's commitment in achieving justice stating that its there to serve the people.

Iraqis were triggered and confused about the timing to revealed the identity of the killer saying it is a critical time to cover up other important matters especially after the massive fire that broke in a Covid-19 field in the Hussaini hospital which killed over 60 people.

They also pointed out that the government deliberately announced arresting people linked to the murder of Hisham al-Hashemi and other innocent Iraqis because the elections has drawn near.

Iraq is set to host a parliamentary election on October 10.