Published October 8th, 2021 - 05:02 GMT
Policemen guard a polling station in the capital Baghdad as voting material is delivered ahead of the parliamentary elections, on October 7, 2021. War-scarred Iraq will hold parliamentary elections on October 10, a year ahead of schedule to appease an anti-government protest movement, and amid a painful economic crisis. (Photo by Sabah ARAR / AFP)
Highlights
Security forces, asylum seekers, prisoners to vote during 'special voting day'

Polling stations have been set up in Iraq early Friday for security forces, asylum seekers and prisoners to vote in early general elections on a "special voting day." 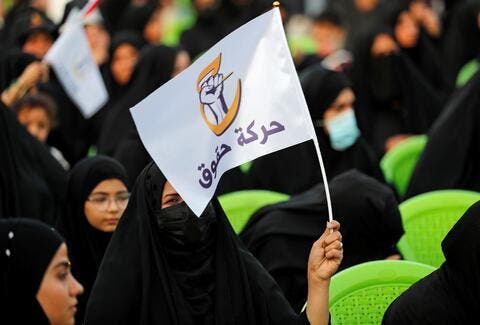 The World Hails Iraq's Decision For Its Early Election

Election centers in many districts of the capital Baghdad have opened their doors.

Intensive security measures have been taken at the centers to prevent any terrorist attacks.

ICYMI: Among the candidates running in #Iraq’s general elections this week is the leader of one of the most hard-line and powerful militias with close ties to #Iran who once battled US troops.https://t.co/xovZuX3sWv

Military vehicles have also been positioned in front of polling stations, which are surrounded by barbed wire fences.

Those who come to the centers to vote will not be allowed to bring their mobile phones inside.

There are more than 24 million voters in the country of about 40 million people.

All other Iraqi voters will cast their ballots on Sunday.