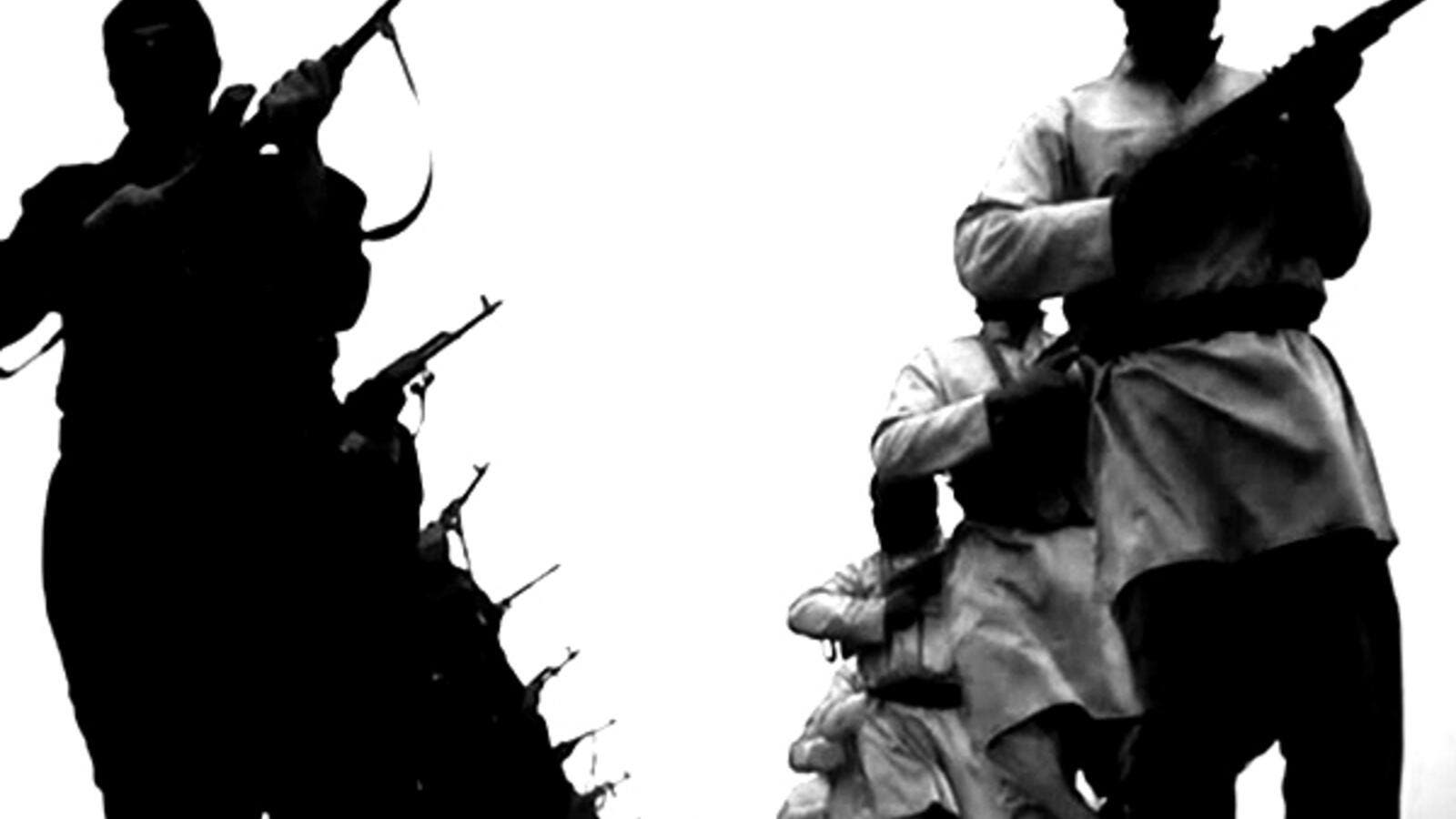 ISIS, once one of the world’s most feared extremist groups, is on its last legs in Syria and Iraq. Yet, even as the group’s ideology has been endlessly studied and scrutinized, it seems to be woefully misunderstood.

Getting ISIS wrong not only spells danger for beating back the group’s ideological remnants, but it also effectively prevents policy makers and analysts from stopping the next iteration of a group like ISIS before it forms and becomes dangerous.

Seeking to demystify ISIS’ ideology and beliefs, researchers at the U.K.-based Quilliam have translated and painstakingly rebutted ISIS’ ideological manual. Named fiqh al-dima’, or the Jurisprudence of Blood, the manual is intended to explain and justify every action and strategy ISIS has deployed, from beheadings to killing prisoners of war and even acquiring weapons of mass destruction (WMDs).

Dr. Salah Al-Ansari, one of the co-authors of Quilliam’s report, called the manual ISIS’ “bible, their most important text,” that would have been used to educate new members.

The most striking finding is that, contrary to popular belief, an apocalyptic fantasy does not inform or justify ISIS’ actions. Instead, the group appears to be brutally pragmatic in its emphasis on state-building and creating power vacuums.

They are not, in other words, an unintelligibly violent apocalyptic death cult, as scholars and policy makers have posited, but a brutal, ideologically driven movement.

In 2014, ISIS stormed onto the global scene by taking large swathes of Iraq and Syria, stunning both the international community and scholars into a state of shock. The group, largely nascent for much of the Syrian Civil War and nearly obliterated by U.S. forces and Iraqi militias in the late 2010s, had become one of the most dangerous groups in the entire region.

Almost immediately, murmurs of the group’s sheer brutality and exceedingly violent propaganda videos coalesced into theories that the group must be some kind of death cult. Repeated references to a prophetic ‘end of days’ provided another puzzle piece to understanding the group, or so many thought.

The Atlantic published a widely shared piece, collecting ISIS propaganda and bragging about their desire to bring about the apocalypse and insisted this is what the group “really wants.”

Politicians began calling the group a death cult and scholars started writing articles intended to show just how dedicated the group was to precipitating an apocalypse. The New York Times has recently produced a podcast that explains ISIS’ apocalyptic desires to inform the group’s basic ideology.

Here’s the problem: the group didn’t seem to behave apocalyptically or as a death cult. It and its members seemed much more interested in state-building.

Now, researchers at Quilliam have translated ISIS’ primary manual and ideological manifesto and inside it is a notable absence of any reference to the apocalypse or an ‘end of days’ prophesied in a hadith, which describes a massive battle between the Armies of Islam and the West in Dabiq a small town in northern Syria.

Called the Jurisprudence of Blood, the 579-page manual is a “bible for jihadists,” that contains “alleged theoretical and legal grounding that has manifested itself on the ground with atrocities committed by like-minded terrorists around the globe, at the hands of groups such as Al-Qaeda and ISIS,” according to the Quilliam report. According to Dr. Al-Ansari, in an interview with Al Bawaba, the Jurisprudence of Blood is “about the role of Islamic jurisprudence in legitimising terrorist operations against enemies both near and far.”

The manual’s main theological foundation is not in the hadith discussing the end of days, which appears to have never been mentioned as a reason to fight, but in a extremist interpretation of the separation of the world into two realms: the lands of Islam and the lands of unbelief.

Jihadi groups have, since the early 2000s, understood the entire world to be lands of unbelief and thus lands to be attacked and conquered until they are subsumed into a global caliphate. ISIS, it appears, merely adapted that ideology and established a caliphate upon which it can justify its existence and begin its extremist state-building project.

The 20 chapter manual includes theological justifications for assassinations, kidnapping and taking hostages, conducting suicide operations and even killing children and taking sex-slaves. Quilliam’s Dr. Al-Ansari, himself an imam and Islamic jurisprudence expert, then goes into painstaking details to rebut each one of ISIS’ arguments justifying their actions, arguing that ISIS beyond the pale of acceptable Islamic thought.

Dr. Al-Ansari told Al Bawaba that ISIS may qualify as a death cult due to their advocacy for constant war, but that they are simply not apocalyptic. “It is a complex organisation that uses apocalyptic narrative for the recruitment and raising the morale in the battlefield. It plays on the power of the imagination which I admit is very important but only in these two angles; recruitment and raising the morale,” Dr. Al-Ansari said.

“New members were attracted not so much to the ‘end of days’ but more to the chance to participate in the restoration of the caliphate and building utopian society,” Mendelsohn said.

Many who defected from ISIS did so not because they were frustrated that the group was not more dedicated to precipitating the end of the world, as the doomsday theory would presume, but because the group was reportedly so inhumane to their fellow Sunni Muslims.

“Looking only at the apocalyptic element leads to neglecting the political,” Mendelsohn told Al Bawaba.

ISIS’ rise was not built off the back of its mythical cult status, but its successful exploitation of a power vacuum in northern Syria and Iraq. They were presented with a political opportunity to thrive, and used the apocalypse as a calling card to brand themselves as a group that promises to change the world.

“Just look at the way ISIS brushed aside the loss of Dabiq or how quickly it switched from Dabiq," named after the town, "to Rumiya (its current magazine),” Mendelsohn added, referring to how easily ISIS withdrew from Dabiq and how it never launched a massive campaign to take the town back.

Rather than trying to enact a fantastical apocalypse scenario, the Jurisprudence of Blood is a “policy manual,” according to Dr. Al-Ansari, and a coldly pragmatic one at that.

The author, Abu Bakr al-Naji, “discusses key issues on how to seize power from infidel regimes, in this case Muslim-majority countries, before turning to the rest of the world. He explains how to weaken political systems by wearing down their economic resources and security systems to the point of collapse. Among the key strategies is weakening the economy of the target government, including attacking the tourism or oil-refinement infrastructure.”

From there, a deterioration in order creates an opportunity for a nascent group like ISIS to seize power: “The idea is that a protracted violent engagement with domestic security forces will lead to public disorder and a power vacuum that will be filled by jihadists. The rest of the book offers advice on how best to manipulate this state of disorder and manage it from a strategic point of view in order to establish a caliphate. After the establishment of the caliphate, the author describes what should happen next in terms of leadership, how to build a new, loyal security apparatus, an army, and possible challenges that might be faced at this stage.”

When they blitzed Syria and Iraq in 2014, they took advantage of a chaotic situation in Syria thanks to the ongoing war, but largely seemed to have followed this manual for taking Mosul and other cities.

According to Dr. Al-Ansari, ISIS’ ideology is similar to al--Qaeda’s; their biggest differences lie in exactly which strategies to deploy to achieve their ends.

The Danger of Getting ISIS Wrong

An ISIS position is re-captured (AFP/FILE)

Misunderstanding ISIS dooms any serious attempt to form counter-radicalization policies for future groups and guarantees that ISIS’ actual ideology remains untouched and attractive to future recruits who may join other extremist groups.

To claim ISIS is first and foremost an apocalyptic death cult is the policy-equivalent of throwing one’s arms up in the air and confessing she does not understand the group; that it is a spontaneous and unreasonable group against which nothing can be done to prevent them. They are, in short, crazy and irrational. This position does little to provide policymakers with tools they can use to stem the flow of recruits to such groups and work with other governments to form an international response that neutralizes the group and its ideology.

More importantly, miscategorizing it as an apocalyptic cult hellbent on precipitating the end of the world shrouds its actual ideology and goals in mystery while making it seem much more attractive to potential sympathizers.

ISIS’ propaganda focused on the global scale of the group’s goals, their ambition to remake the entire world in its image, to expand its caliphate everywhere: watching that propaganda and calling the group apocalyptic plays right into this propaganda.

It gives ISIS free marketing to be branded in exactly the way it was trying to be. From a global recruiting standpoint, It is much less exciting and ideologically compelling to be labeled as a nascent group that takes advantage of security vacuums.

Although ISIS is about to be militarily defeated in Iraq and Syria, its ideological remnants are likely to reverberate throughout the world far after the group’s oblivion. Quilliam’s report will become more critical than ever in understanding the next ISIS.