ISIS Bride Says 'Sorry', Pleads to The UK Cabinet to Return With Her Kids

Published October 7th, 2021 - 09:57 GMT
Syrian women and children, suspected of being related to Islamic State (IS) group fighters, gather at the Kurdish-run al-Hol camp, before being released to return to their homes, in the al-Hasakeh governorate in northeastern Syria, on December 21, 2020. / AFP / Delil SOULEIMAN
Highlights
ISIS bride Nicole Jack and her three children are being detained at Camp Roj in Syria

A British mother and former Pizza Hut worker who left to join Islamic State and became an ISIS bride called on the UK government to let her return from Syria with her daughters aged seven, nine and 12. 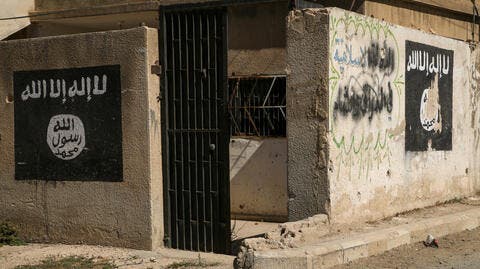 Nicole Jack, of Shepherd's Bush, West London, and her children are being detained at Camp Roj where relatives of people suspected of belonging to ISIS are held.

Ms Jack, 34, is being held at the same camp as ISIS bride Shamima Begum - a fellow Londoner who had her UK citizenship cancelled by Sajid Javid on security grounds in 2019 and will not be allowed back - but insisted she is not a security threat to Britain.

Another ISIS bride wanting to be allowed back to UK. Says she didn't understand she'd be a security threat to the UK when she went joyfully off to assist in beheading people. Clash of cultures again. UK doesn't tolerate barbarism. https://t.co/52lKVVtuk7 pic.twitter.com/21y8MSYCWx

She told BBC News that her family were 'out of sight, out of mind' and must not be swept 'under the carpet' by Britain, adding: 'I haven't seen a beheading in my life.'

However, the Home Office pointed out to MailOnline today that ISIS 'committed atrocious crimes including butchering and beheading innocent civilians'.

The mother left London with her husband and then four children to join ISIS in Iraq in October 2015 having told her family she was going to Somalia to begin a new life.

She claimed her husband Hussein Ali threatened to break up the family up if she did not travel with him, but he then died the next year fighting for the militant group.

Ms Jack then married another foreign ISIS recruit, Adil de Montrichard from Trinidad and Tobago, also known as Adil Roberts, and they moved to Syria in 2017.

She then became pregnant with triplets but is said to have miscarried the first child, before the second was stillborn and the third lived for only three weeks.

Six weeks later, Mr de Montrichard was in the garden with Ms Jack's ten-year-old son Isaaq when they both died in a suspected coalition airstrike.

She told BBC News that she knew her son was now 'in a better place', but added: 'Anything else can put us on the verge of a breakdown and this is what I can't risk.'

Ms Jack was brought up a Christian but converted to Islam after meeting Mr Ali while they were both working in a Pizza Hut outlet in Hammersmith, West London.

She does not know if she still has British citizenship but will not let her children to go to the UK without her because they would 'not be in a stable situation'.

In London, the children's grandmother Charleen Jack Henry, a nurse, wants the three girls to return because it is 'not fair' for them to be 'languishing in this place'.

Ms Henry additionally believes that Ms Jack, who also has Trinidadian nationality, should be allowed to return to the UK to 'face the consequences' in Britain.

The girls go to a makeshift school run by Save the Children, and are among up to 60 British youngsters detained in Syrian camps along with an estimated 16 UK women.

The camp is near Al-Malikiyah in Hasakah province. A Government spokesman told MailOnline today: 'Our priority is to ensure the safety and security of the UK.

'Those who remain in Syria include dangerous individuals who chose to stay to fight or otherwise support a group that committed atrocious crimes including butchering and beheading innocent civilians.

'It is important that we do not make judgments about the national security risk someone poses based on their gender or age.'

It comes one day after Germany repatriated eight women who joined ISIS and 23 children from the Roj camp, which is in Kurdish-controlled northeastern Syria.

Germany said it was the biggest such transfer since 2019, with Foreign Minister Heiko Maas insisting that the children are 'not responsible for their situation'

He added that the returning 'mothers will have to answer for their acts' and 'many of them were held in custody on arrival in Germany'.

Denmark also brought three women and 14 children to its territory as part of the same operation, carried out with US military support.

Foreign ministry and police officials landed in the region on a US military plane, which then brought the group to Kuwait before they boarded a flight to Frankfurt.

European countries have been wrangling over how to treat captives linked to ISIS since it fell in March 2019, with most repatriations done on a case-by-case basis.

ISIS bride who's 'never seen a beheading' begs UK to let her back in https://t.co/Cvkp6eI79C

Last month former ISIS-bride Begum, 22, begged the British public for forgiveness, saying there was 'no evidence' she was a key player in preparing terrorist acts.

Begum, who fled her East London home for Syria as a 15-year-old schoolgirl, said she wanted to come back to the UK and face terror charges to prove her innocence. 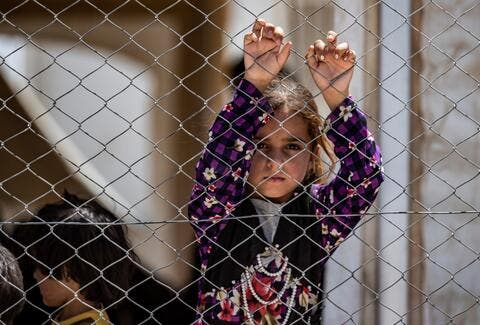 The UN Seek to Repatriate ISIS Kids, Women to Their Home States

She told ITV's Good Morning Britain she would 'rather die than go back to IS' and added: 'The only crime I committed was being dumb enough to join IS.'

The self-proclaimed ISIS 'caliphate' once covered huge parts of Syria and Iraq but lost its last area of territory in March 2019 following a series of defeats.