Is ISIS Reconstituting Itself in Iraq?

Published October 28th, 2021 - 08:03 GMT
The attack that killed at least 11 people late on October 26 , was blamed on the Islamic State (IS) group, security sources said but another source said that civilians were among those killed by small arms fire in the village, home to many members of the security services. (Photo by Ali NAJAFI / AFP)
Highlights
ISIS terror group continue deadly attack across various Iraqi provinces

ISIS terror group has carried out an attack on a military base in Al-Rashidiya area, north of Baghdad, shortly after the militants launched a series of deadly attacks in the provinces of Diyala, Kirkuk and Saladin. 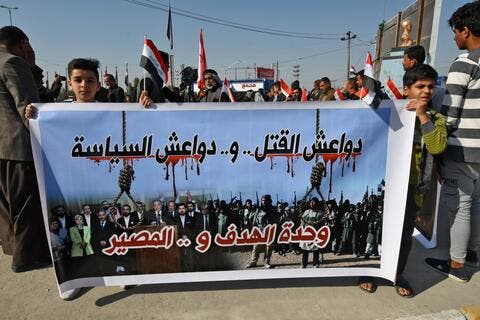 Another day, another massacre. This time, ISIS attacks a village in Iraq’s Diyala east Of the country, a region where ISIS attacks have escalated in recent months. The attack on Rashad village resulted in 15 people killed and 30 injured. All victims are Shi’a#شيعة_بني_تميم_تذبح pic.twitter.com/ipcn4w6sKk

The Iraqi army’s aviation intervened to repel the assault, engaging in clashes with the terrorists, the source added, without elaborating on further details.

The Baghdad attack came one day after Daesh elements killed 14 civilians and injured 15 others in the village of Al-Hawasha, near the town of Muqdadiya, in Iraq’s eastern Diyala Province.

Reports said the militants had earlier kidnapped three villagers in exchange for ransom. However, after killing the abductees, they ambushed their relatives on a road leading to the exchange site and showered them with bullets, mortar shells and explosive devices.

He said that Iraq needed to boost its security, address security gaps and “not underestimate the threat of ISIL (Daesh).”

Iraqi security officials visited the site of the crime and the Iraqi army issued a statement afterwards.

“Terrorists will soon face a fair retribution and they will not be able to endanger the security of Diyala,” the statement read. “We will shake the earth under the feet of the wicked cowards, and Diyala will remain a symbol of Iraq’s unity… The security of Iraq and Iraqis is a red line that cannot be joked about.”

Additionally, the Grand Imam of Egypt’s al-Azhar condemned the Diyala attack, offering condolences to the victims’ families and wishing a speedy recovery for those wounded.

“Shedding the blood of innocent people is a treacherous terrorism that contradicts the values of religions and humanity, which requires concerted international efforts to confront terrorist organizations,” Sheikh Ahmed al-Tayeb said in a statement, expressing “solidarity with Iraq, its leadership and people, against this brutal terrorism, praying to God — the Almighty — to protect Iraq, and to spare its people from all harm and evil.”

In a statement, it said the attack reveals that Daesh is still one of the biggest threats to Iraq and its national unity, warning that the states sponsoring the terror outfit continue their aggression against the Arab country as well as its security and stability.

Hezbollah also voiced solidarity with the Iraqi people and urged them to exert their utmost possible efforts to chase the remnants of the criminal Daesh organization in order to eradicate it and rid the Iraqis of its evil.

The Iraqi people, along with the national army, the Popular Mobilization Units (PMU) or Hashd Al-Sha’abi and resistance factions, who have a long history of fighting terrorism, are able to protect Iraq from the dangers that threaten it, the Lebanese resistance movement added.

A security source told Shafaq News Agency that the attack left two members of the Iraqi army dead and wounded others.

Also on the same day, a Daesh sniper killed a soldier from the Iraqi army's 45th Brigade in Daquq district, south of Kirkuk Province.

Iraq declared victory over Daesh in December 2017 after a three-year counter-terrorism military campaign, which also had the support of neighboring Iran. 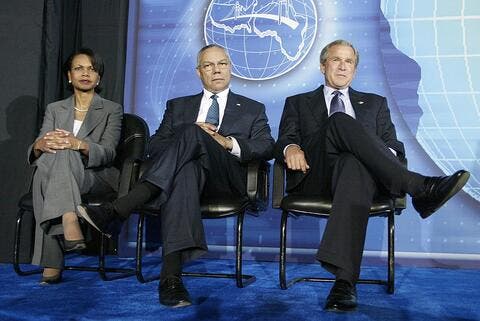 The Military Life of Colin Powell, Spokesperson for the Invasion of Iraq