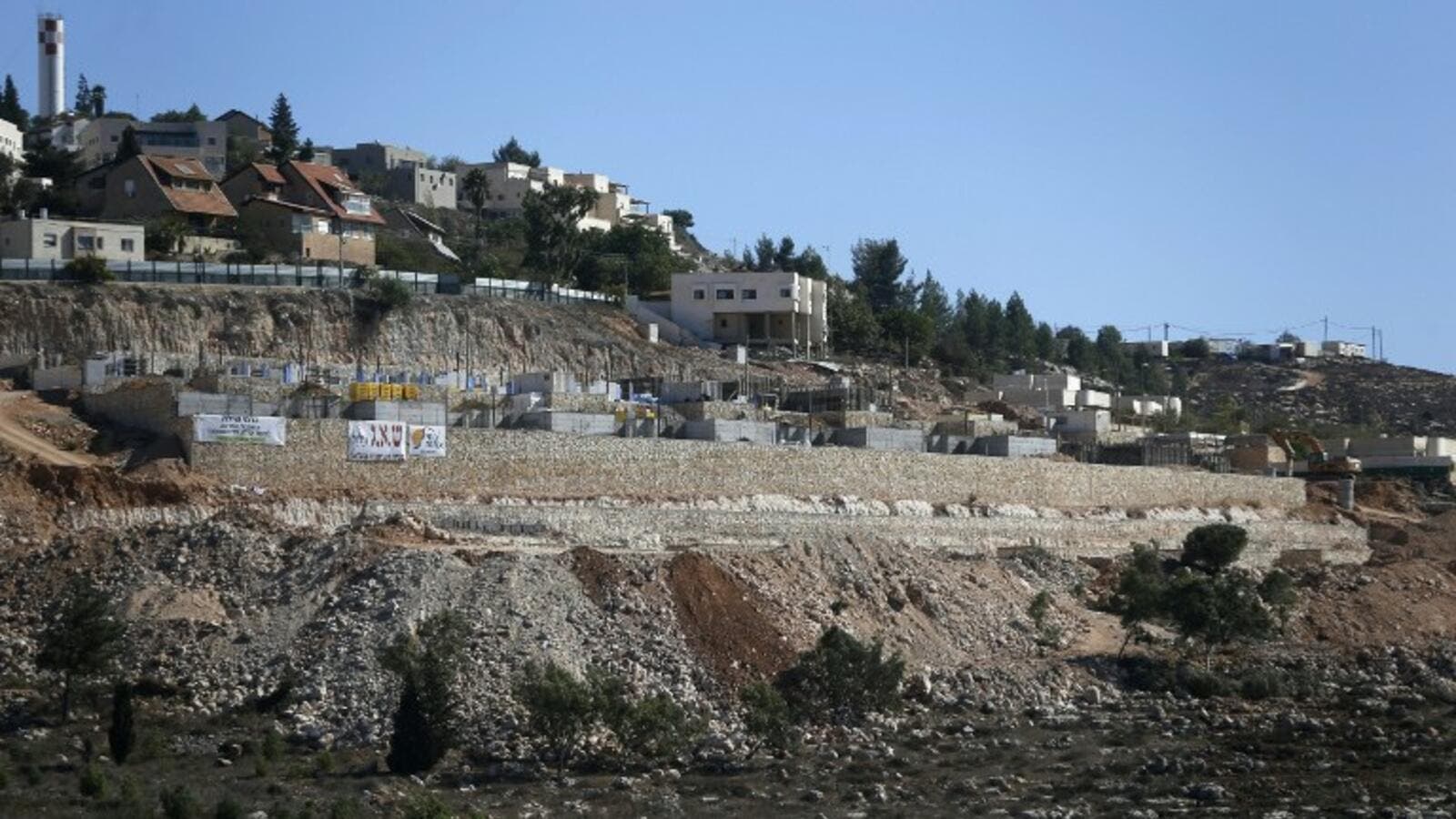 Shilo settlement in the northern West Bank. (AFP/File)
After a vote on a UN Security Councilresolution demanding that Israel end its illegal settlement building in the occupied Palestinian territory was postponed on Thursday, reports have emerged that the US had intended to allow for the resolution’s approval, while US President-elect Donald Trump was reportedly recruited by Israel to apply pressure to prevent the vote.
Palestinian officials have been busy in recent weeks trying to negotiate on the resolution with the Obama administration to avoid an American veto at the UNSC.
After Egypt proposed the draft resolution, scheduled to be put to vote on Thursday, Cairo ultimately rescinded the vote after breaking under diplomatic pressure, according to Reuters.
“Western officials” told Reuters that US President Barack Obama had intended to abstain from voting, prompting Israel to turn to Trump to assist in applying pressure on Egyptian President Abd al-Fattah al-Sisi to withdraw the vote.
"Every member of the Security Council was ready to vote at 3pm," Reuters quoted an anonymous Western diplomat as saying. "Egypt has delayed the vote following an intense Israeli lobbying campaign against them."
An abstention vote by Obama which would have come as a major reversal in American policy, as a similar resolution was vetoed by the US in 2011.
The new resolution’s text, drafted by Egypt alongside Palestine, reportedly would have demanded that Israel "immediately and completely cease all settlement activities in the occupied Palestinian territory, including East Jerusalem" and said the establishment of settlements by Israel has "no legal validity and constitutes a flagrant violation under international law."
In a statement on Thursday, Trump wrote that the resolution “should be vetoed."
"As the United States has long maintained, peace between the Israelis and the Palestinians will only come through direct negotiations between the parties, and not through the imposition of terms by the United Nations," he said, echoing assertions repeatedly made by Israeli Prime Minister Benjamin Netanyahu advocating for direct negotiations as the only pathway to peace.
Meanwhile, the Palestinian Authority has repeatedly expressed support for a French initiative to hold a multilateral peace conference, and in April shelved the submission of an anti-settlement resolution to the UN out of fear that doing so could thwart progress of the French proposal.
The peace conference has also been postponed a number of times, but is reportedly set to take place in mid January.
For his part, Netanyahu tweeted a similar message earlier Thursday, saying: "The US should veto the anti-Israel resolution at the UN Security Council on Thursday.”
The move marked another development in an apparent alliance forming between Trump and the Netanyahu government, with the Israeli prime minister reacting to Trump’s presidential win with great enthusiasm, calling Trump “a true friend of the State of Israel.”
At the time, Israeli Minister of Education Naftali Bennett said that a Trump presidency would mark the end of a push for the establishment of an independent Palestinian state.
“Trump’s victory is an opportunity for Israel to immediately retract the notion of a Palestinian state in the center of the country (Israel), which would hurt our security and just cause,” Bennett said.
“This is the position of the President-elect, as written in his platform, and it should be our policy, plain and simple. The era of a Palestinian state is over.”
Trump also pledged during his campaign to move the American embassy from Tel Aviv to Jerusalem, which would indicate the US’s acceptance of “Israel’s illegal annexation of East Jerusalem,” according to Palestinian officials, and mark the end of the Israeli-Palestinian peace process.
The campaign pledge has since been reinforced by Trump’s senior advisor Kellyanne Conway as well as by Trump’s pick for ambassador to Israel,  David Friedman -- an active and outspoken advocate of Israel’s illegal settlements.
There are an estimated 500,000 to 600,000 Israeli settlers residing in 196 illegal Israeli settlements in the occupied West Bank and occupied East Jerusalem, and a further 232 settler outposts considered illegal both by international law and Israeli domestic law, according to the Applied Research Institute - Jerusalem (ARIJ).
Human rights groups and international leaders have continued to strongly condemn Israel’s settlement construction, claiming it is a strategic maneuver to prevent the establishment of a contiguous, independent Palestinian state by changing the facts on the ground, while members of Israel's parliament, the Knesset, have publicly announced their support for plans aimed to annex the entirety of Area C -- the more than 60 percent of the West Bank under full Israeli military and civil control.
While the Obama administration has condemned Israel’s settlement expansions in the past, the US government has yet to take any concrete actions to end settlement building in the occupied Palestinian territory.
Critics have claimed that instead the US has inadvertently encouraged Israel’s settlement enterprise through its consistent inaction over Israel’s violation of international law and its continued support of the Israeli government through inflated military aid packages.
While members of the international community have rested the solution to the Israeli-Palestinian conflict on the discontinuation of illegal Israeli settlements and the establishment of a two-state solution, Israeli leaders have instead shifted further to the right.
A number of Palestinian activists have criticized the two-state solution as unsustainable and unlikely to bring durable peace, proposing instead a binational state with equal rights for Israelis and Palestinians.