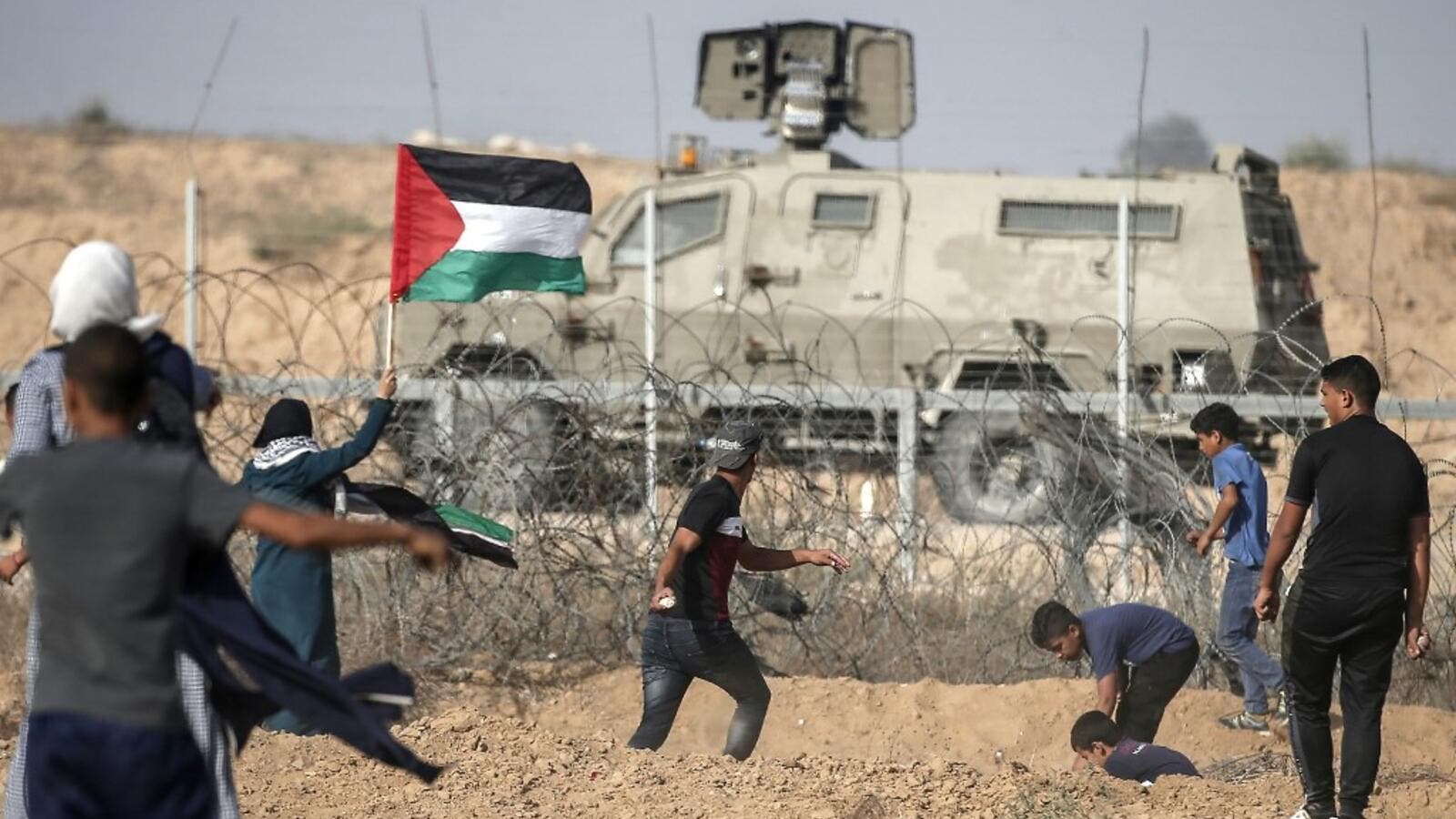 Palestinian demonstrators throw stones at Israeli security forces during protests along the border with Israel, east of Khan Yunis, in the southern Gaza Strip on July 12, 2019. (MAHMUD HAMS / AFP)
Highlights
There are 5,500 Palestinian prisoners in Israeli jails.

Around 2,800 Palestinians have been arrested by Israeli forces in the occupied West Bank and Gaza Strip since the beginning of this year, according to three Palestinian NGOs on Monday.

The detainees included 446 minors and 76 women, said a joint report issued by the Commission of Detainees and Ex-Detainees, the Palestinian Prisoner Society and Prisoner Support and Human Rights Association.

According to the report, 220 minors and 43 women are still held in Israeli prisons.

"Currently, there are 5,500 prisoners in Israeli jails," the NGOs said, adding that 500 Palestinians are currently held under Israel's policy of "administrative detention", under which prisoners can be held for renewable six-month periods without charge or trial.

The policy of administrative detention was first established by British colonialist forces during the British Mandate period (1923-1948) in Palestine.