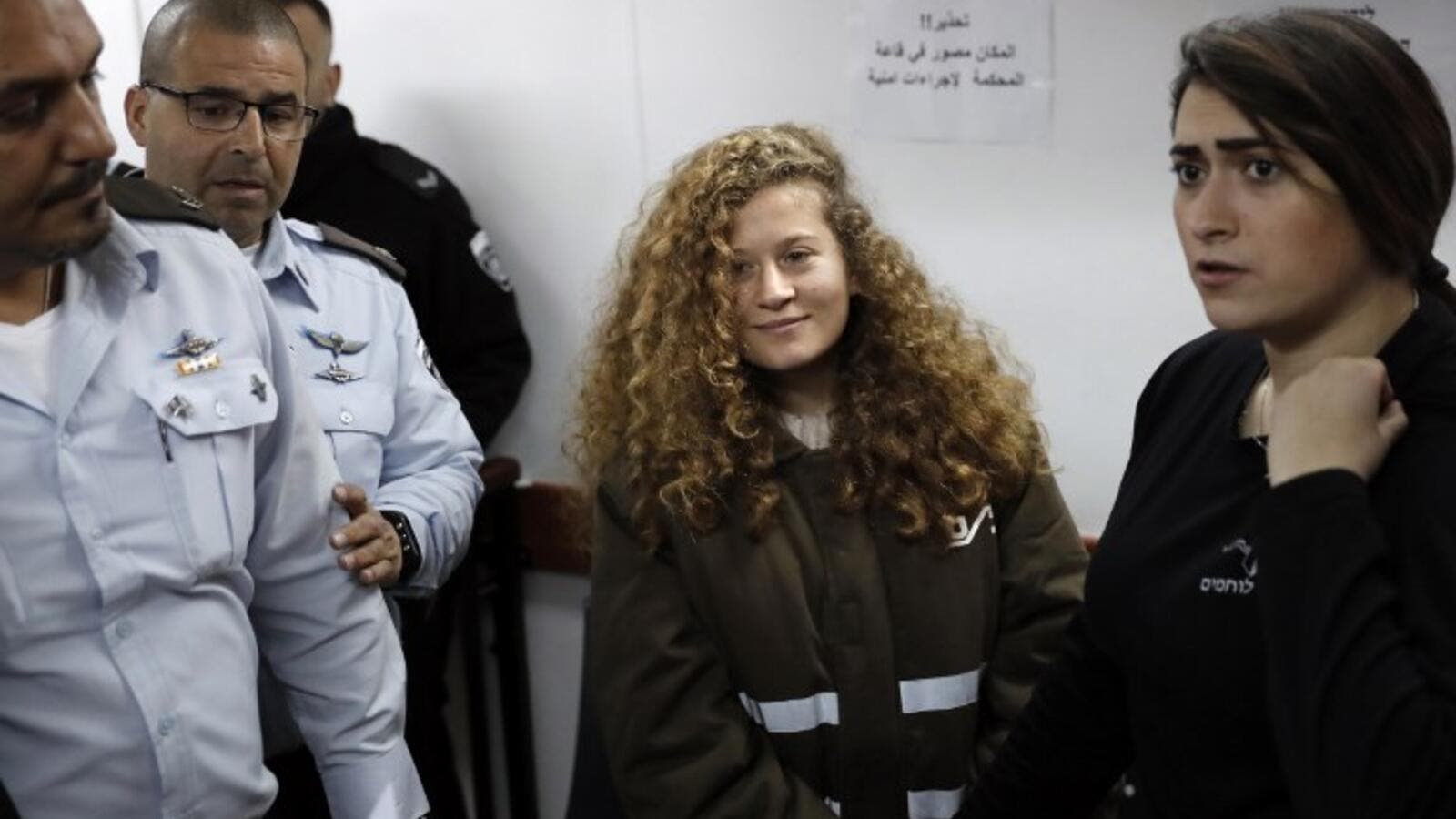 Sixteen-year-old Palestinian Ahed Tamimi (2-R), a well-known campaigner against Israel's occupation, standing for a hearing in the Israeli military court at Ofer military prison in the West Bank village of Betunia on Jan. 15, 2018 (THOMAS COEX / AFP)

An Israeli court on Wednesday extended the detention of 16-year-old Palestinian girl Ahed al-Tamimi until Jan. 31, for the fifth time since her arrest.

The Ofer military court, west of Ramallah, extended the teen’s detention on the grounds of completing “the legal proceedings in her case”, according to a statement by the Israeli army.

Along with members of her family, al-Tamimi’s court session was attended by several foreign diplomats and human rights activists.

While entering the Israeli court in handcuffs and shackles, her father urged her “to remain strong.”

Israeli forces first detained al-Tamimi on Dec. 19 during an overnight raid carried out in the West Bank village of Nabi Saleh for allegedly attacking Israeli soldiers.

Both her mother and cousin were arrested shortly afterward.

In 2012, Istanbul’s Basaksehir Municipality granted her the prestigious Hanzala Courage Award for defying Israeli soldiers who had just arrested her brother.

At the time, Turkish Prime Minister (now president) Recep Tayyip Erdogan met with al-Tamimi personally to convey his admiration for her bravery.

The girl’s father, mother and brothers have also all been repeatedly arrested for their fierce -- and often vocal -- opposition to Israel’s decades-long occupation.

The Palestinian territories have remained tense since Dec. 6, when U.S. President Donald Trump recognized Jerusalem as Israel’s capital, drawing condemnation and protest from across the Arab and Muslim world.

Since then, at least 17 Palestinians have been martyred in clashes with Israeli security forces in the West Bank, East Jerusalem and Gaza Strip.