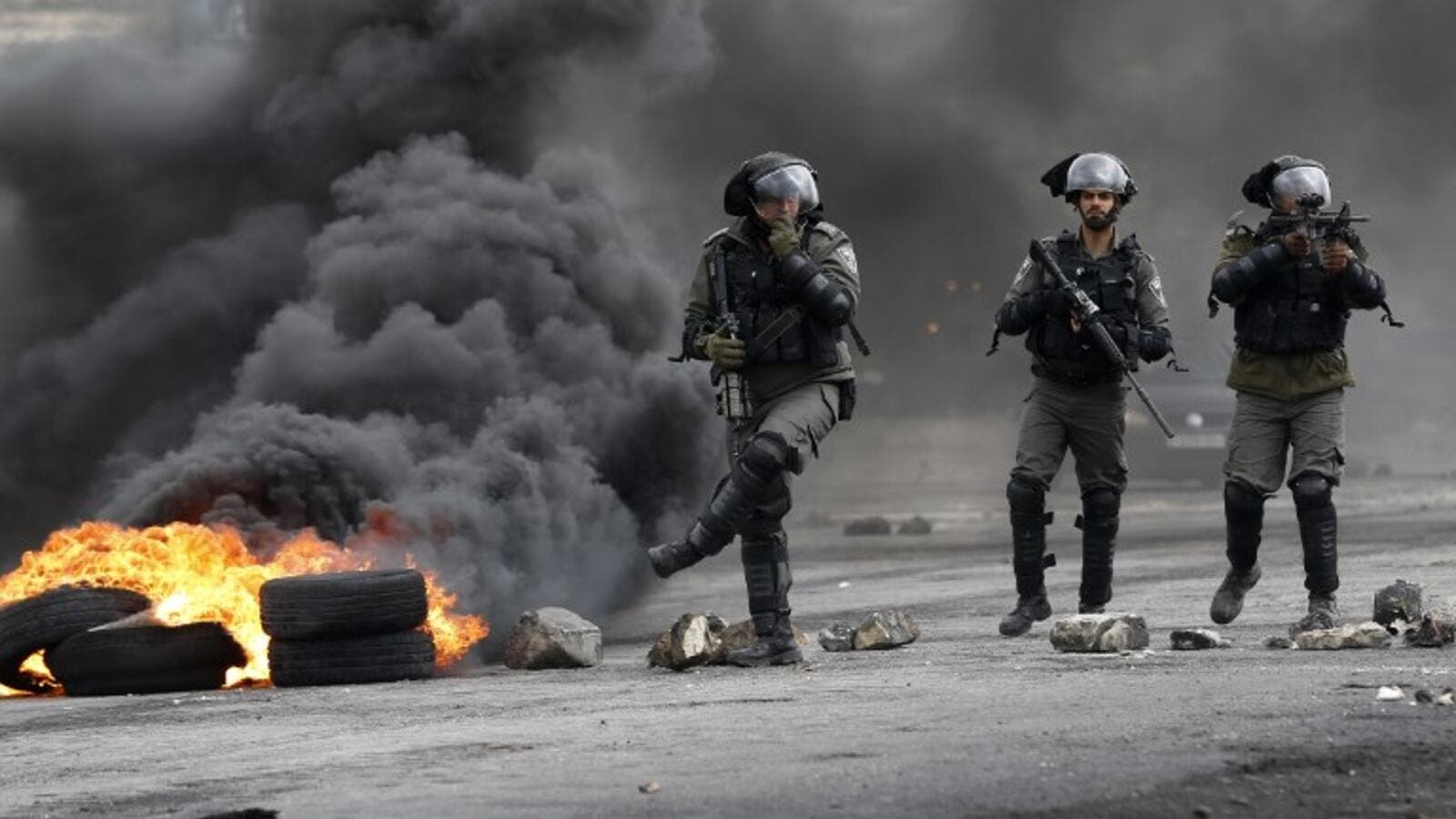 Israeli border guards walk through fumes from burning tires during clashes with Palestinian protesters near the Israeli settlement of Beit El in the Israeli occupied West Bank, on Mar. 30, 2018, after Land Day demonstrations. Land Day marks the killing of six Arab Israelis during 1976 demonstrations against Israeli confiscations of Arab land. (ABBAS MOMANI / AFP)

Israel on Friday prohibited the Azan (the Muslim call to prayer) at the Ibrahimi Mosque in the West Bank city of Hebron (Al-Khalil), according to Palestinian Religious Endowments Minister Yousef Adais.

In a press statement, Adais described the move as “a dangerous precedent” and “a cowardly breach of the freedom of worship”.

“Continued Israeli violations against the mosque clearly show that the occupation authorities, along with the [Jewish] settlers, are trying to exert total control over the area’s Muslim holy sites,” the minister asserted.

In 1994, Baruch Goldstein, an Israeli-American Jewish settler, gunned down 29 Palestinian Muslims as they prayed at the mosque before being killed himself.

Since then, the mosque -- believed to have been built on the tomb of Prophet Ibrahim -- has been divided into a Muslim section (45 percent) and a Jewish section (55 percent).

The Ibrahimi Mosque is located in Hebron’s Old City district, where some 400 Jewish settlers now reside under the protection of about 1,500 Israeli soldiers.