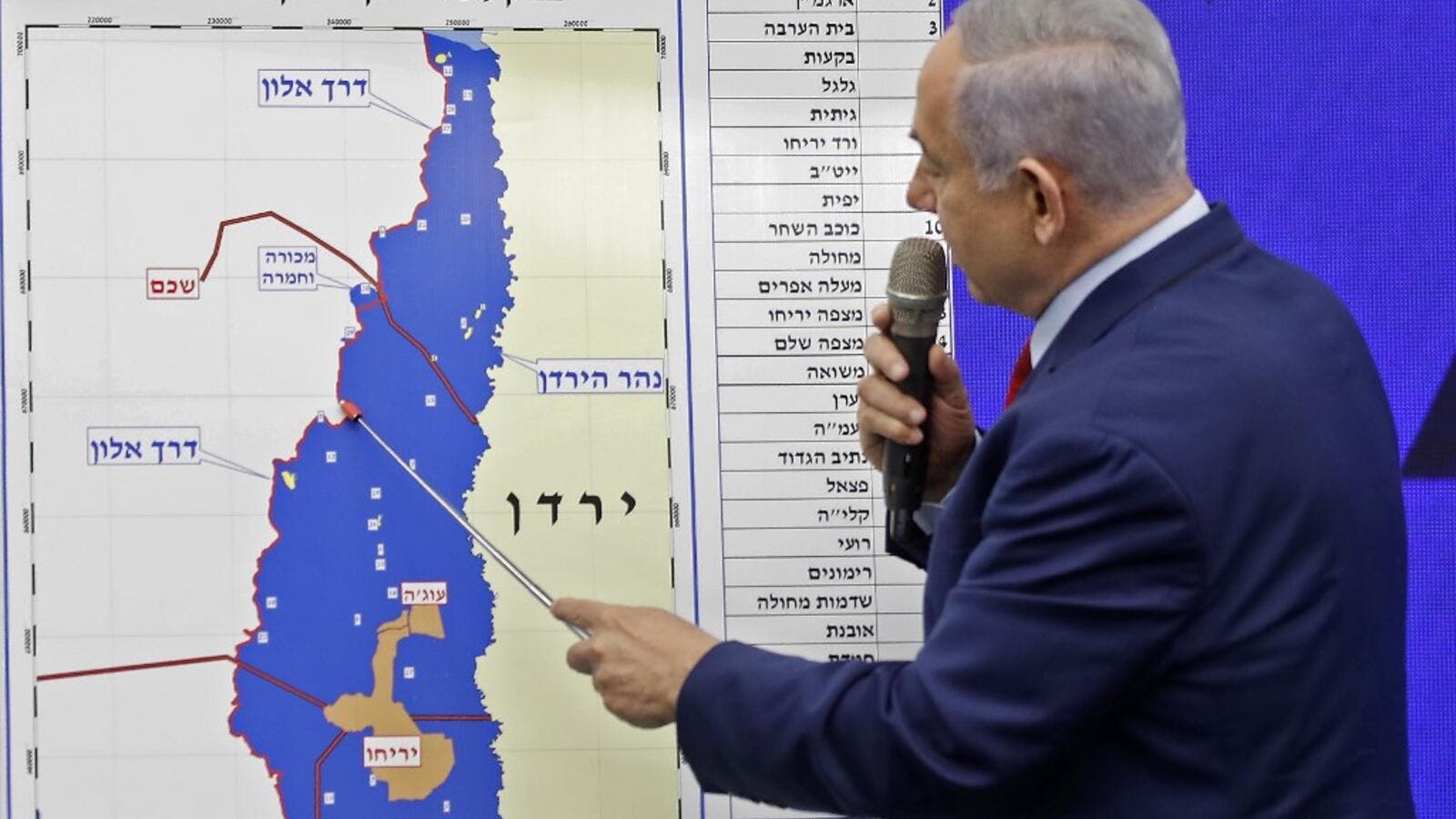 Israeli Prime Minister Benjamin Netanyahu points at a map of the Jordan Valley as he gives a statement in Ramat Gan, near the Israeli coastal city of Tel Aviv, on September 10, 2019. (AFP/ File Photo)
Highlights
Benjamin Netanyahu vows to annex part of the West Bank if re-elected as Prime Minister, which would be a further blow to the viability of a Palestinian state.

Prime Minister Benjamin Netanyahu has declared that Israel would annex the Jordan Valley if he is re-elected in a dramatic announcement on Tuesday.

The Jordan Valley is the border between the West Bank and Israel on its west and Jordan on its the east.

Governments of Israel have long claimed that the Jordan Valley was part of the country and that they would never relinquish control over it.

The valley was conquered by Israel during the war in 1967, and since then has mostly been under its military and administrative control.

Israel has always maintained that it cannot give it up for reasons of security.

However, the fertile strip is a large part of the West Bank and would form an integral part of a future Palestinian state.

According to human rights group B'Tselem, the northern Dead Sea and the Jordan valley "constitute almost 30 percent of the West Bank. Nearly 65,000 Palestinians and some 11,000 [Israeli] settlers live there".

Despite Israel's currently occupation of the region, a formal annexation would lead to Israel's complete control over the region, spelling disaster for the Palestinians that currently live there and would be a further major blow to the viability of a Palestinian state.