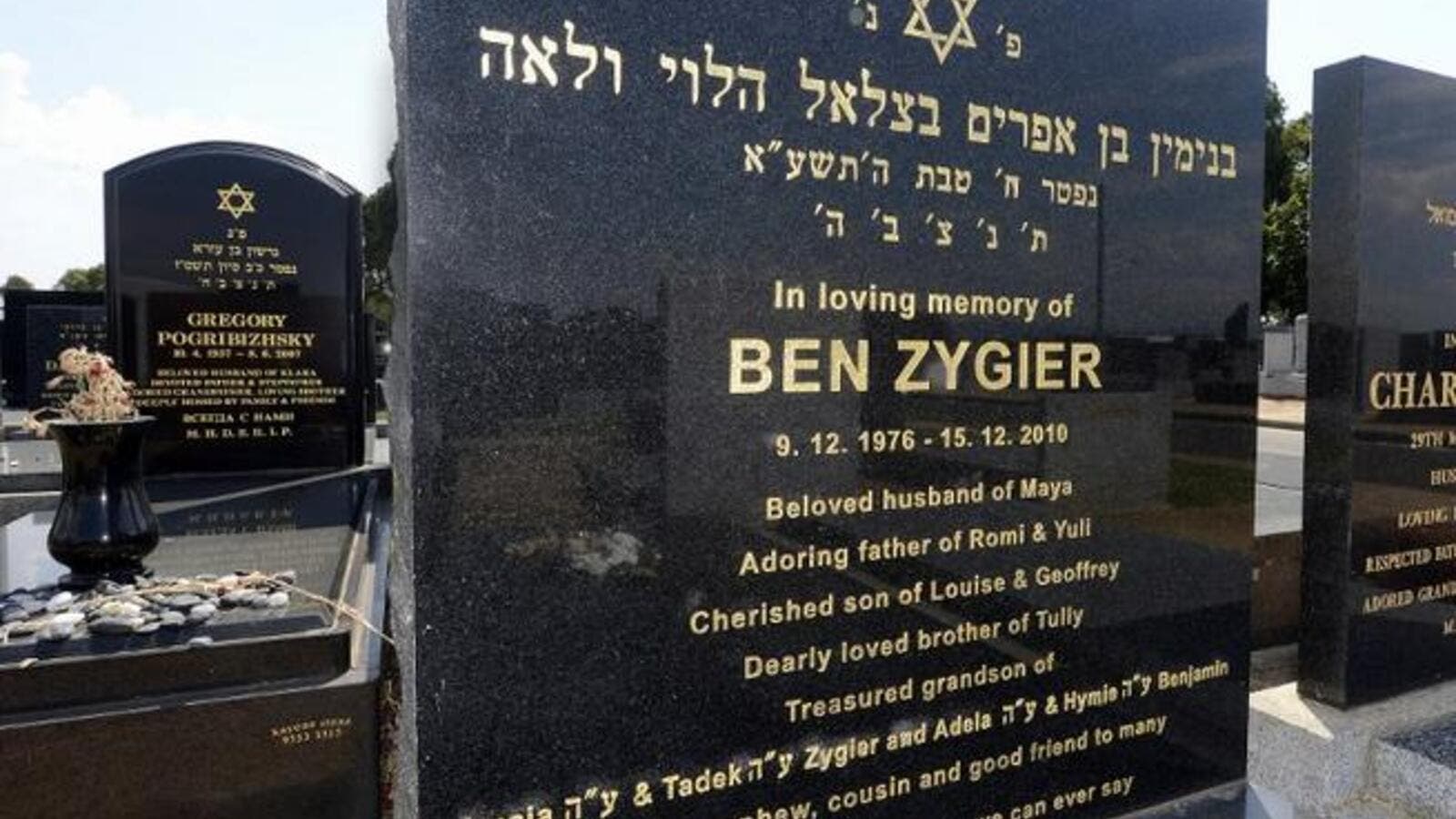 The headstone of Ben Zygier is photographed in the Chevra Kadisha Jewish Cemetery in Melbourne on Thursday. (AFP PHOTO/Martin Philbey)

The top-secret Israeli-Australian prisoner known as Prisoner X – found dead in 2010 in a Tel Aviv maximum-security prison after committing suicide – didn’t contact or cooperate with Dubai police, head of the Gulf emirate’s police said in an interview Thursday.

Mossad agent, Ben Zygier, gave no indication he was about to commit suicide, was said to be among the 26 suspects in the assassination plot of Hamas leader, Mahmoud al-Mabhouh, the same year, the Kuwaiti newspaper Al-Jarida reported Thursday, citing western sources.

The newspaper said Zygier had provided the authorities in Dubai with “names and pictures and accurate details” in exchange for protection, but when the Israeli authorities found out, Zygier was kidnapped from a hiding place and imprisoned on charges of treason after a month from Mabhouh’s killing in a Dubai hotel room on Jan. 19, 2010.

However, head of Dubai police, Dhahi Khalfan, rejected claims that Zygier had collaborated with Dubai authorities in an interview with Arabian Business website.

“He may have committed suicide after he was found out as a mercenary and a criminal,” Khalfan told Arabian Business.

The Australian broadcaster ABC, which broke the story on Tuesday, said Zygier was a 34-year-old native of Melbourne who moved to Israel in 2001 and was working for Israel’s Mossad spy agency.

Although Israel has admitted jailing a man with dual nationality, who ended his own life in December 2010, all other details about why he was arrested are subjected to a tight gag order.

Meanwhile, Australia's Brisbane Times reported on Thursday that Australian security officials suspect that before Zygier’s arrest, the agent may have been about to release information about Israeli intelligence operations, including the use of fraudulent Australian passports for espionage purposes.

A journalist, who interviewed an Australian Jew shortly before he was detained by Israeli authorities and came to be known as "Prisoner X," said Thursday the man strenuously denied being a spy.

The reporter added that he thought it was possible his interviews with Zygier were under Israeli surveillance.
Until Wednesday night, Israel imposed a complete media blackout on the details of the case, but after easing the restrictions somewhat, the justice ministry admitted jailing an Australian with Israeli nationality on security grounds who had taken his own life in December 2010.

It said an inquest into his death had rendered a verdict of suicide in a decision reached just six weeks ago.