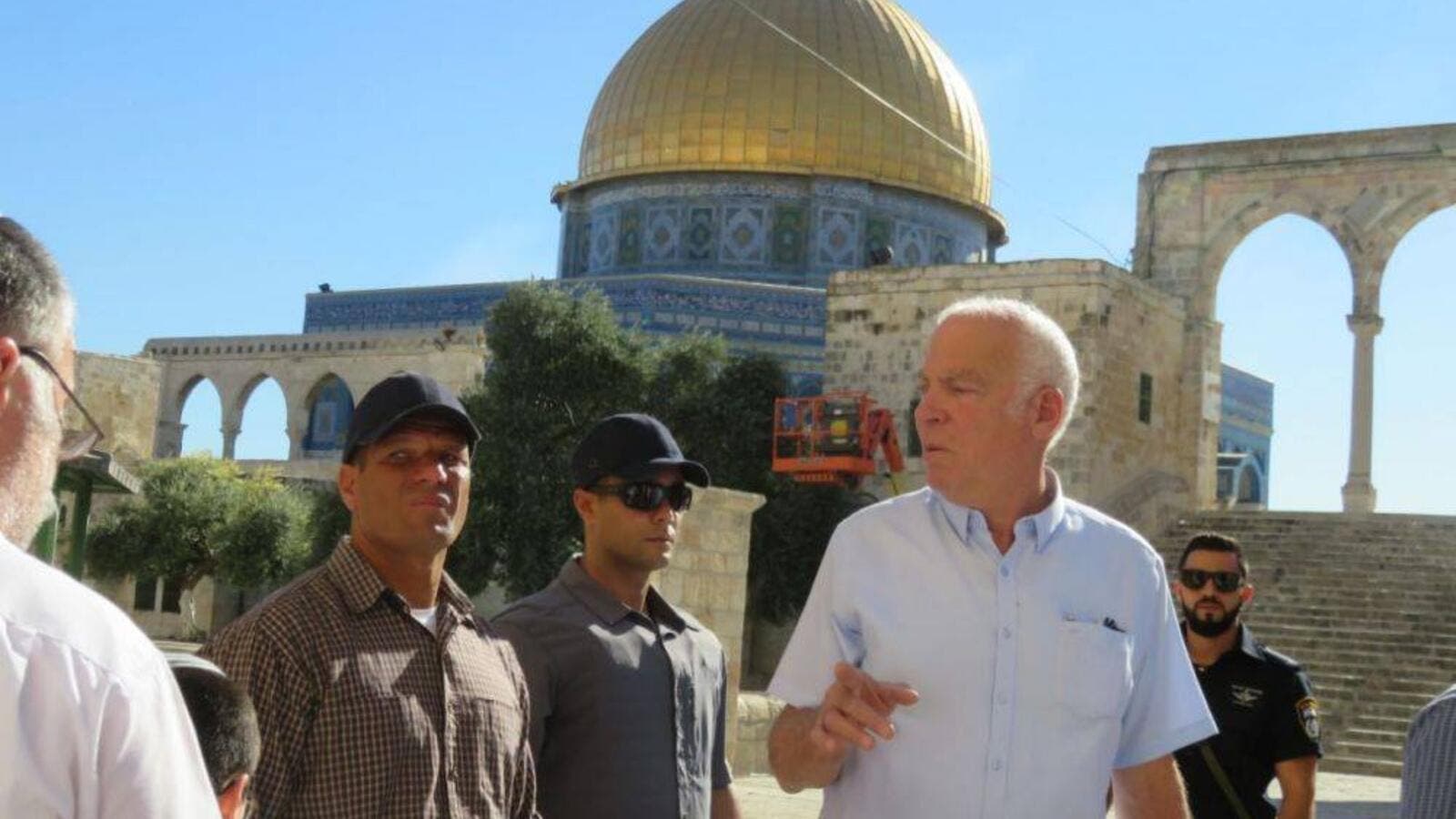 The Palestinian Authority says Israel seeks to ignite a religious war after an Israeli minister forced his way into the al-Aqsa Mosque compound in Jerusalem al-Quds with a group of extremists Sunday.

“The aggression on al-Aqsa Mosque by storming it is a hellish crime perpetrated by and initiated by an extremist terror ideology,” Palestinian Authority spokesman Yusef al-Mahmoud said.

His remarks came after Uri Ariel, Israel’s minister of agriculture and rural development, and dozens of extremist settlers barged into the highly sensitive site in a provocative act.

Al-Aqsa Mosque in the Old City of Jerusalem al-Quds is the third holiest site to Muslims and past Israeli incursions have touched off heavy clashes between Palestinians and Israeli troops.

Mahmoud said the move was carried out on instructions from the Israeli regime to “storm the Aqsa Mosque on a daily basis”.

He said anyone who participates in storming mosques and churches in Jerusalem al-Quds “represents this bloody ideology”.

Firas al-Dibs, a spokesman for of the Islamic Waqf (Endowment) organization, said the settlers led by Ariel stormed through the Moroccan Gate and toured the compound “provocatively”.

The Israeli minister had previously visited the al-Aqsa Mosque compound in September.

The number of Israeli lawmakers who storm the sacred compound has increased in the past few months.

The rise comes after Prime Minister Benjamin Netanyahu decided in July to allow Israeli lawmakers to visit the compound once every three months after lifting a restriction of access that had been in place since October 2015.

Most of the Knesset members are right-wing extremists, who support the demolition of the Islamic site in order to build a Jewish temple instead.

The incursion comes as tensions continue in the occupied Palestinian territories following President Donald Trump's recognition of Jerusalem al-Quds as Israel’s "capital" and relocation of the US embassy to the occupied city.

Last December, the United Nations General Assembly overwhelmingly voted in favor of a resolution that calls on the US to withdraw its controversial policy shift.

Despite the vote, the US went ahead with the embassy transfer on May 14, triggering demonstrations in the occupied Palestinian territories, Iran, Turkey, Egypt, Jordan, Tunisia, Algeria, Iraq, Morocco and other Muslim countries.

Angered by Trump’s move, Palestinian President Mahmoud Abbas boycotted his administration, saying Washington is no longer qualified to serve as the sole mediator in the decades-long conflict with Israel.