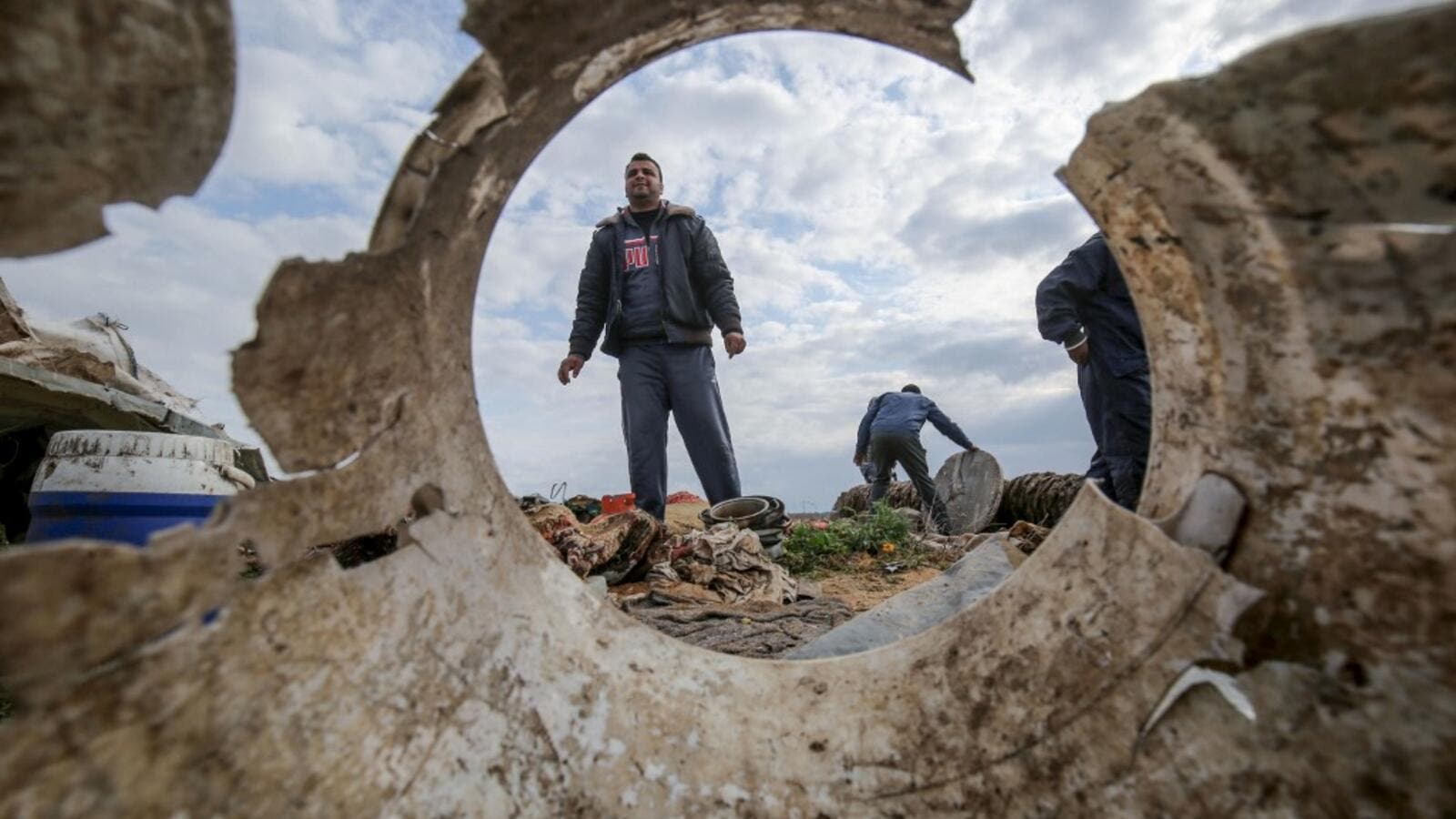 Palestinians salvage belongings from the site of an Israeli airstrike east of Khan Yunis in the southern Gaza Strip, on February 25, 2020. AFP

Israel said on Monday that it closed all crossings with the Gaza Strip and completing banned fishing off the Palestinian coastal enclave.

According to the Palestinian News and Information Agency (WAFA), Israel has decided to shut down the "Kerem Abu Salem" crossing, the only commercial crossing in the southern Gaza Strip.

The measure would block the movement of goods and merchants, except for trucks loaded with medical supplies and fuel.

On Monday, Israel announced the closure of the Erez Crossing, the only land passage for people between Gaz and the other side.

Also, Israel announced prohibit fishing off the coast of Gaza.

This comes after Israeli killed several members of the Islamic Jihad, and after dozens of rockets were fired from Gaza toward Israel.

Global Unemployment Rates Projected to Soar Due to COVID-19