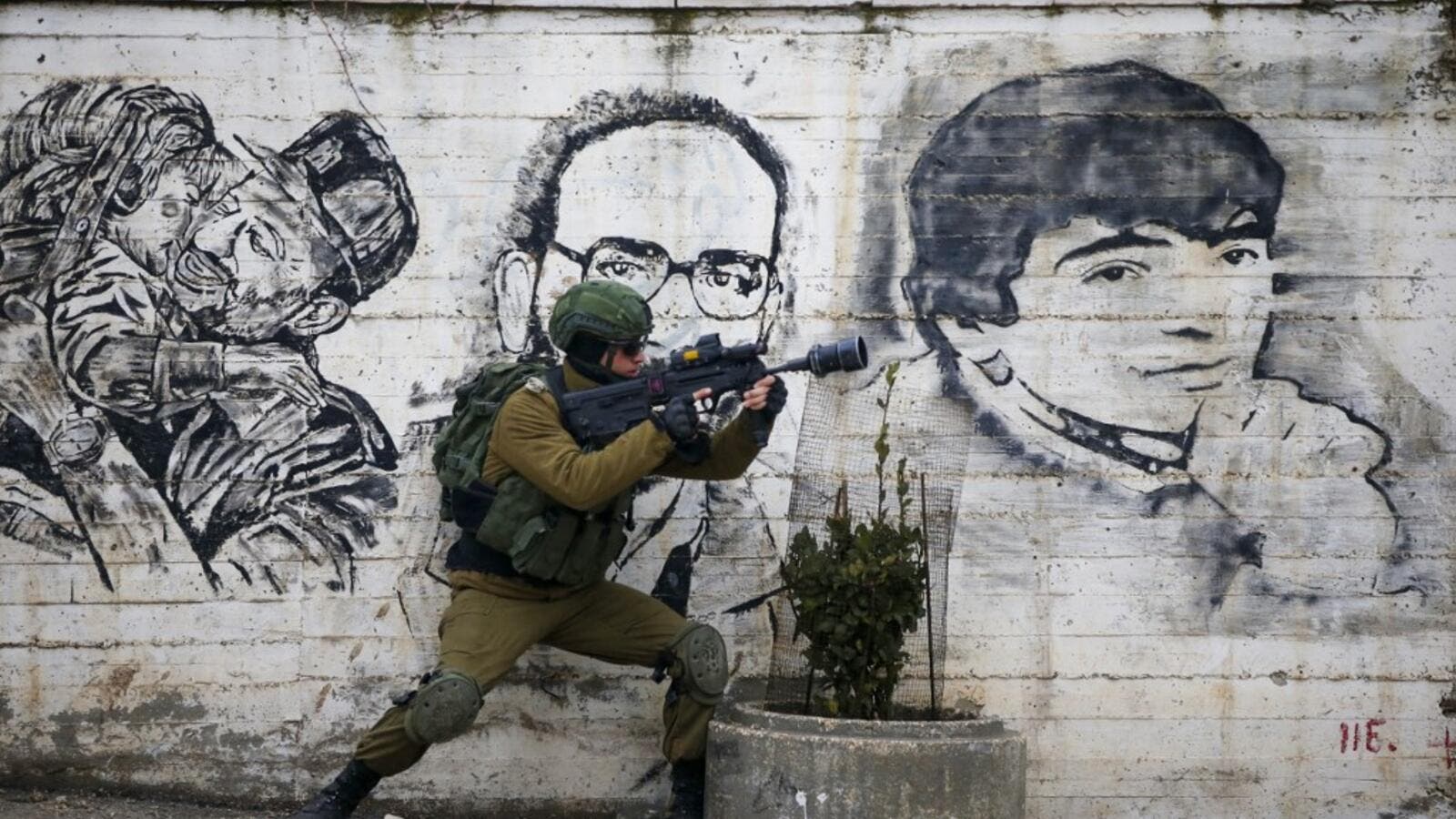 An Israeli soldier fires teargas towards Palestinian demonstrators during a demonstration in al-Aroub Palestinian refugee camp, between the West Bank towns of Hebron and Bethlehem, on January 29, 2020. US President Donald Trump unveiled his controversial Israeli-Palestinian peace deal that staunchly favours Israel but offers Palestinians a pathway to a limited state. HAZEM BADER / AFP
Highlights
Israel has long been accused of using the occupied West Bank as a testing ground for new technology.

The Israeli army has reportedly started to use talking drones that broadcast pre-recorded messages during Palestinian protests in the occupied West Bank in a bid to disperse demonstrators.

The drone technology was first spotted at a weekly demonstration in the village of Qaddum in January, according to a report in +972 magazine, an Israeli news and opinion website.

The talking drone ordered Palestinian protesters to "go home" in Arabic, while urging Israeli protesters at the march not to "stand with the enemy" in Hebrew, according to witnesses.

It is reportedly designed by the Chinese company DJI.

An Israeli army spokesperson confirmed to +972 that the army had been using the talking drone "as part of efforts to disperse violent disturbances".

One activist told the online magazine that the purpose of the drone was to encourage protesters to look skywards so cameras could record their faces.

Israel has long been accused of using the occupied West Bank as a testing ground for new hi-tech industries.

Israel's arms industry, which is thought to account for a fifth of all exports, has boomed as former military officers use their connections and experience to develop and test new technologies.

In 2011, Israel first used 'The Scream', a sonic weapon that emits bursts of sound that leave demonstrators feeling nauseous.