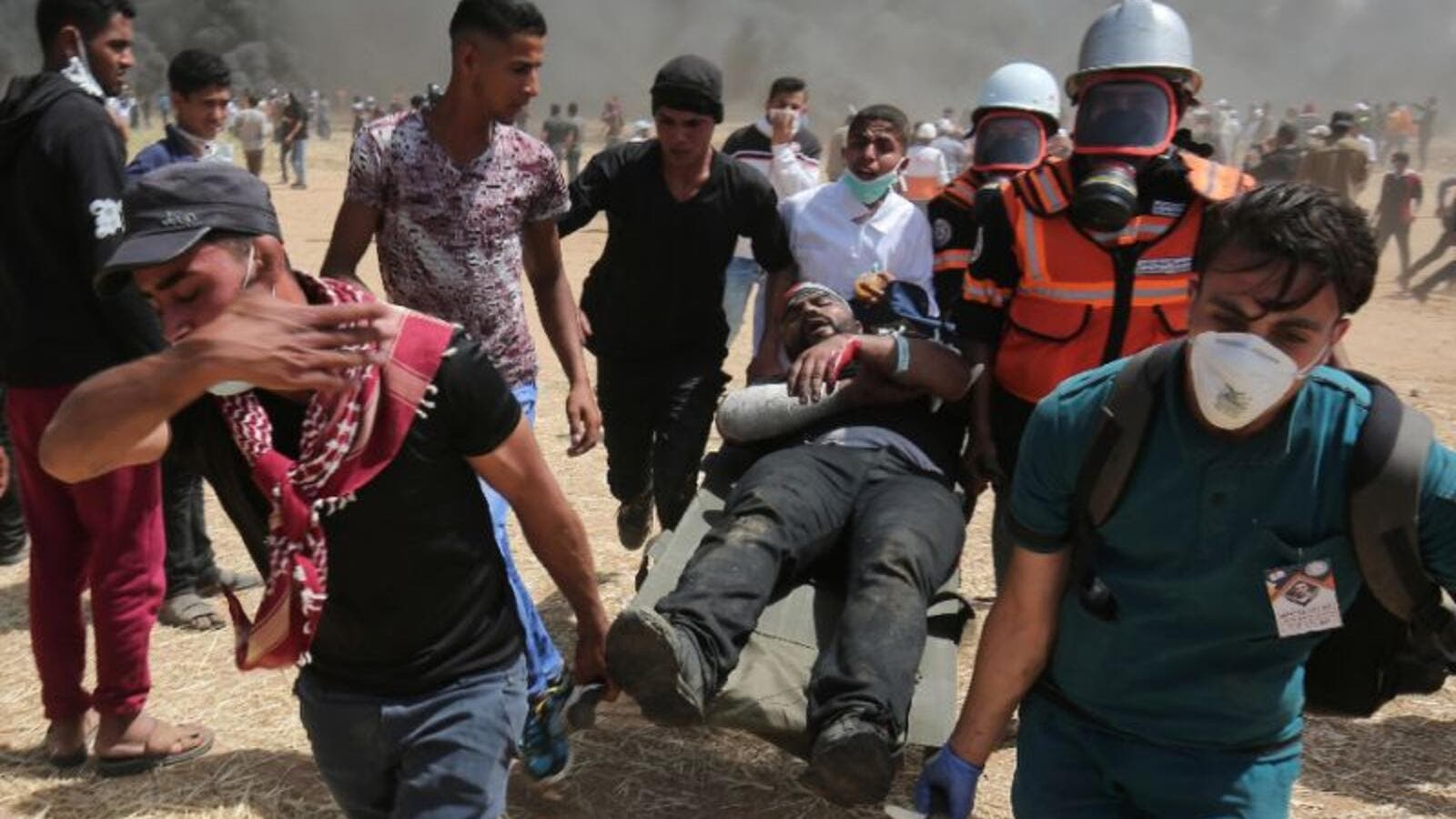 An injured Palestinian protestor is carried by fellow demonstrators during clashes with Israeli security forces near the border with Israel, east of Khan Yunis, in the southern Gaza Strip, on April 6, 2018 (AFP/SAID KHATIB)

Seven Palestinians were injured by Israeli army gunfire on Wednesday during an Israeli raid in the West Bank city of Ramallah, according to the Palestinian Red Crescent.

In a statement, the Red Crescent said two Palestinians were injured with live ammunition, four others with rubber bullets, while one suffered from teargas inhalation during clashes in al-Amari refugee camp in Ramallah city.

“None of them suffered life-threatening injuries,” it added.

The clashes erupted after Israeli forces raided the camp to arrest a Palestinian man accused by the army of killing a soldier, according to local residents.

In a statement, Israel’s Shin Bet security agency said it had arrested a Palestinian suspected of dropping a marble slab on an Israeli soldier during operational activity at the al-Amari refugee camp, killing him.

It identified the suspect as Yussef Abu Hamid, 32, from the refugee camp.

The Israeli army frequently carries out sweeping arrest campaigns across the occupied West Bank on the pretext of searching for “wanted” Palestinians.

According to official Palestinian figures, some 6,500 Palestinians are currently held in Israeli prisons, including 62 women and about 350 minors.