Israeli forces open fire on fishermen and farmers in Gaza 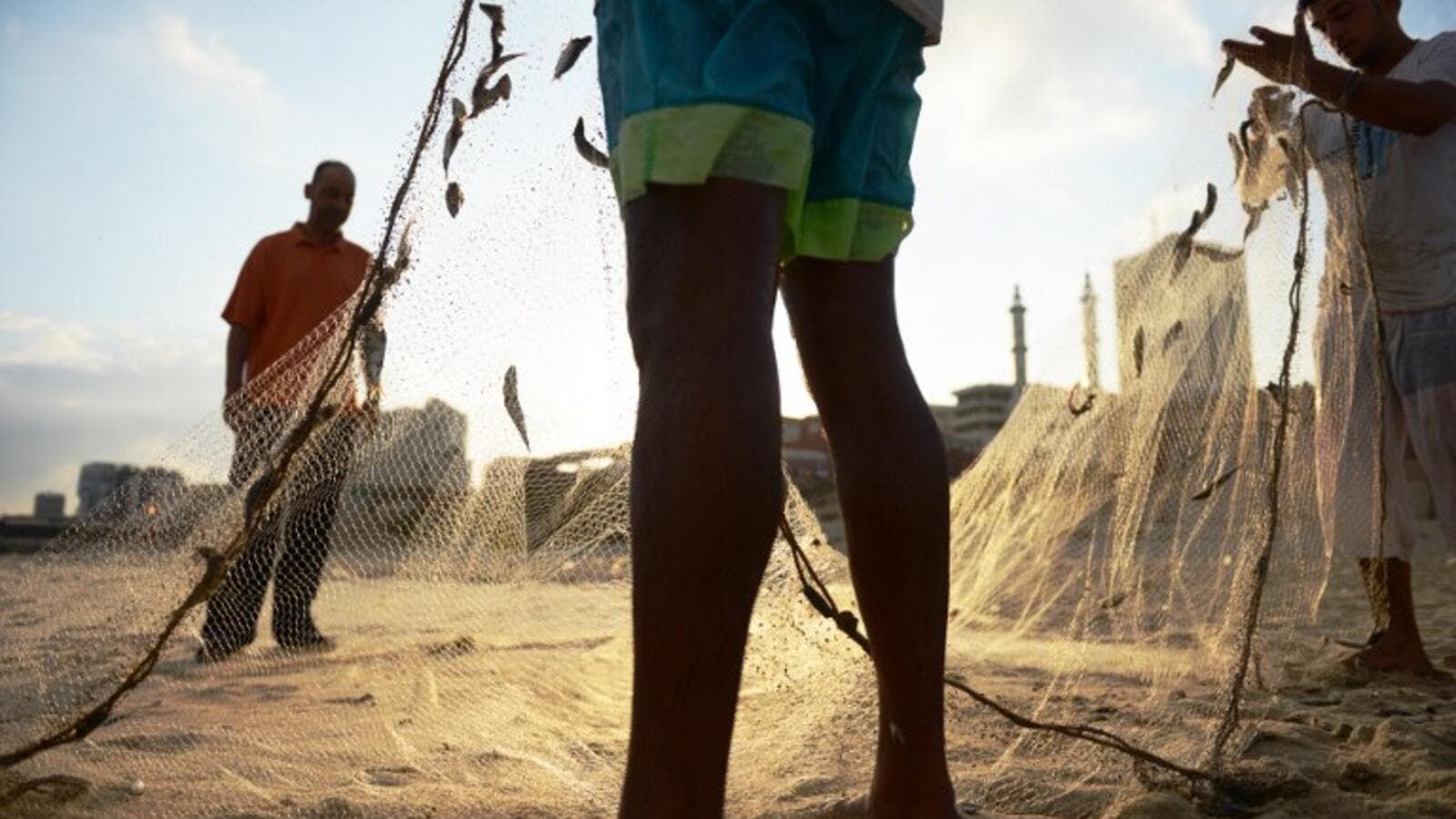 Palestinian fishermen on the beach in Gaza City. (AFP/Roberto Schmidt)

Israeli forces on Monday opened fired at Palestinian fishermen sailing off the coast of the northern Gaza Strip, as well as at farmers in the border areas east of Gaza City.

Witnesses told Ma'an that Israeli gunboats opened fire at Palestinian fishermen boats west of the al-Sudaniya area, preventing them from fishing within a range of five nautical miles, despite the designated fishing range extending to six miles.

A temporary extension imposed by Israeli authorities on the designated fishing zone off the coast of the Gaza Strip expired on Sunday, reducing the zone to six nautical miles after it had been set to nine miles for one week.
The head of the Gaza Strip's workers union, Sami al-Asmi, condemned Israel for opening fire on fishermen, which caused damage to their boats and forced the fishermen to retreat. No injuries were reported.
He also condemned Israeli forces for shooting at farmers and preventing them from reaching their lands, which occurred Monday in a separate incident, with no injuries reported.
An Israeli army spokesperson told Ma'an they were looking into reports of the two incidents.
On a near-daily basis, the Israeli army fires "warning shots" at Palestinian fisherman, farmers, and shepherds entering the Israeli-enforced “buffer zone,” a unilaterally declared area implemented after Israel imposed a blockade on the Gaza Strip a decade ago.
Due to the high frequency of the attacks, live fire often goes unreported.
While Israel typically cites security concerns when targeting Palestinian agricultural areas, the Palestinian Center for Human Rights has reported in the past that fishermen were often targeted when they posed no threat.
Approximately 35 percent of Palestinian agricultural land in Gaza is inaccessible without high personal risk, according to the center.