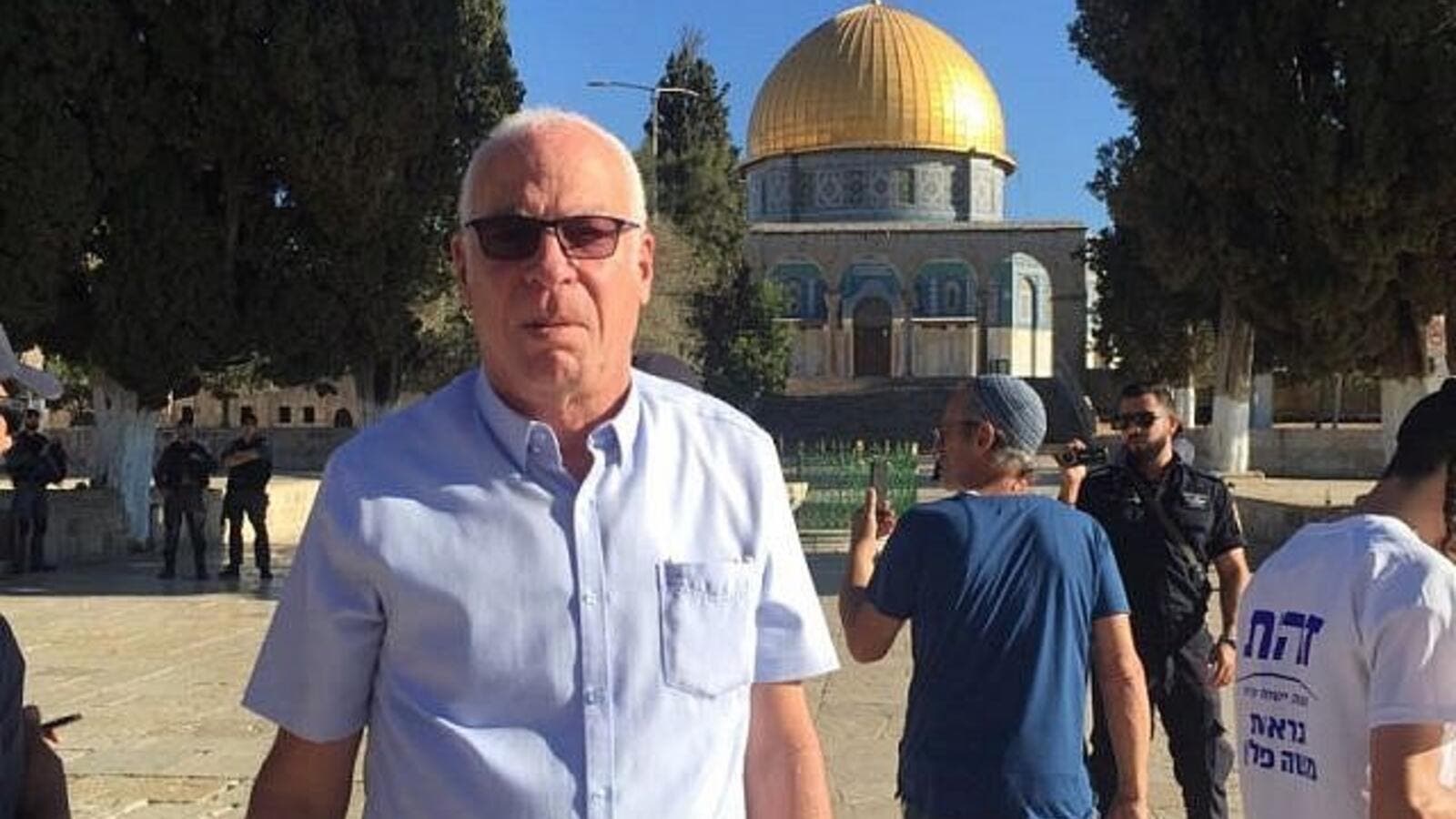 Israeli Minister of Agriculture Uri Ariel on Sunday forced his way into East Jerusalem’s flashpoint Al-Aqsa Mosque compound, for the first such tour by an Israeli official since 2015.

Ariel, a member of the right-wing Jewish Home party, led a group of Jewish settlers into the Al-Aqsa courtyard under heavy security measures, according to eyewitnesses.

Speaking during his tour, Ariel called for keeping the site open for Jewish prayers throughout the year.

Netanyahu had allowed Knesset members to visit the compound once every three months, according to local Israeli media.

In October 2015, Netanyahu banned MKs from entering the Al-Aqsa compound in an effort to calm violence that broke out across Israel-occupied West Bank as a result of repeated incursions by Jewish settlers into the site.

For Muslims, Al-Aqsa represents the world's third holiest site. Jews, for their part, refer to the area as the "Temple Mount," claiming it was the site of two Jewish temples in ancient times.

Some extremist Jewish groups have called for the demolition of the Al-Aqsa Mosque so that a Jewish temple might be built in its place.
In September 2000, a visit to the flashpoint religious site by late Israeli politician Ariel Sharon sparked what later became known as the "Second Intifada," a popular Palestinian uprising in which thousands of people were killed.

Israel occupied East Jerusalem -- in which the Al-Aqsa is located -- during the 1967 Middle East War. It later annexed the entire city in 1980, unilaterally claiming it as the capital of the self-proclaimed Jewish state.