Published May 10th, 2021 - 09:04 GMT
Israeli security forces stand by the Aqsa Mosque as they clear the grounds of Jerusalem's Aqsa compound from Palestinian protesters on May 10, 2021. Ahmad GHARABLI / AFP
Highlights
50 people taken to hospital after clashes between Israeli police, Palestinians

Israeli police on Monday stormed the Al-Aqsa Mosque in occupied East Jerusalem and attacked the Palestinians who were on guard to prevent raids by extremist Jews. 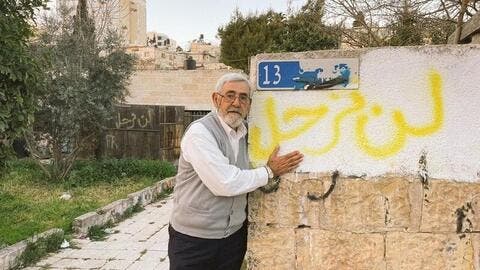 Medical sources told Anadolu Agency that hundreds of people were injured during the Israeli incursion and 50 of them were taken to hospitals.

Meanwhile, the Palestinian Red Crescent said some of its employees were prevented from entering the Al-Aqsa Mosque.

Thousands of Palestinians staged protests in the Al-Aqsa Mosque complex, located in the Old City of Jerusalem, after performing the dawn prayers there. The Palestinians then stayed there to guard the mosque from the raids of extremist Jews.

Setting up barricades at some points of Haram al-Sharif, the main building of Al-Aqsa, they chanted slogans for the mosque and said they would not leave there.

The Israeli police then raided the mosque and used tear gas, rubber bullets, and stun grenades in clashes with the Palestinians, who responded by throwing stones.

Hamas group, in turn, said Israel was waging a "religious war against Palestinian worshipers" in the occupied city of Jerusalem.

“What is happening in the Al-Aqsa Mosque at the time of storming and assaulting worshipers is proof of the brutality of the Zionist occupation,” Muhammad Hamadeh, the movement’s spokesman for the city of Jerusalem, said.

He called on the Palestinians to "remain steadfast and prevent settlers from entering Al-Aqsa."

The Hamas spokesman held Israel responsible for its "incursion into the Al-Aqsa Mosque," saying: "The occupation will pay a heavy price." 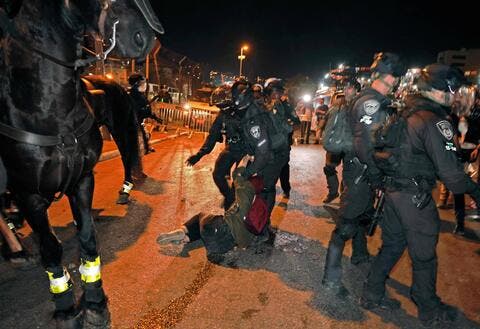 Extremist Jews decided to storm Al-Aqsa Mosque to celebrate the anniversary of the Six-Day War in 1967, when Israel occupied East Jerusalem, as "Jerusalem Day" according to the Hebrew calendar.

Extremist Jewish organizations had called for raids on Al-Aqsa Mosque on Sunday and Monday to mark the day.