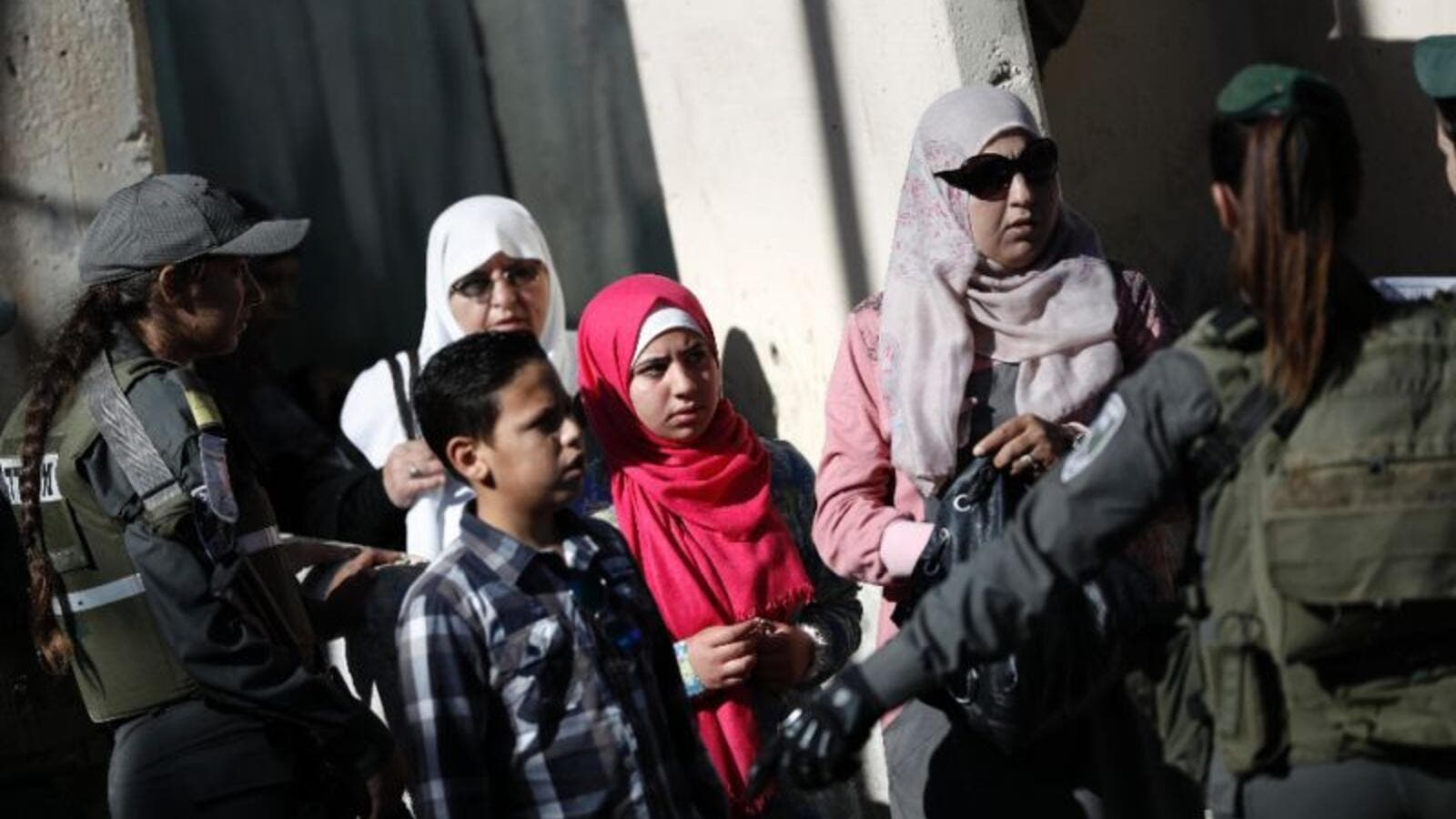 A Palestinian family at an Israeli checkpoint between the West Bank town of Bethlehem and Jerusalem. (AFP Photo/Thomas Coex)

Israeli army forces early Thursday detained a Palestinian man, his wife and his son in the city of Hebron in the south of the occupied West Bank, according to eyewitnesses.

An Israeli military unit, the eyewitnesses said, arrested the Palestinian citizen Jamal Karameh, his wife Hanaa, and their son Jamil.

The Israeli soldiers, the eyewitnesses added, damaged Karameh’s house and beat him.

The Israeli army frequently conducts sweeping arrest campaigns across the occupied West Bank on the pretext of searching for “wanted” Palestinians.

According to Palestinian figures, some 6,500 Palestinians are currently languishing in Israeli prisons, including scores of women, roughly 350 minors, and at least six members of the Palestinian Legislative Council.