Palestinian man Mohammad Marei was killed after being shot by Israeli forces during a raid into the Jenin camp in the occupied West Bank, Palestinian local media sources stated. 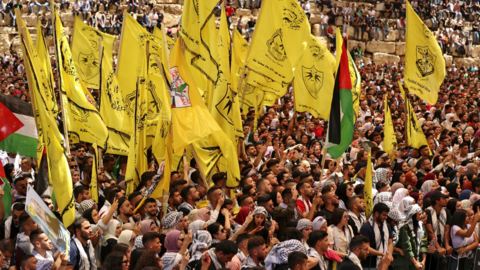 Two Incidents Drive Anger Against Fatah in Palestine and Lebanon

According to the Palestinian Health Ministry, the 25-year-old man died after a bullet broke through his chest. Furthermore, the Wafa news agency said the Palestinian man was killed during an Israeli raid on the town of Jenin.

Watch: Palestinians chant slogans protesting Israeli crimes and ongoing assault on Jenin as they held Mohammad Marei's body and wandered throughout Jenin and its camp. Marei was killed by Israeli forces today in Jenin. pic.twitter.com/mwC0OxvUV2

Dozens were seen protesting in the streets of Jenin denouncing the death of Mohammad Marei while carrying his body. Demonstrators have also slammed Israeli oppression and continued assaults on Jenin.