Published May 5th, 2022 - 06:43 GMT
Windows of the Al-Aqsa mosque are pictured shattered following renewed clashes between Palestinians and Israeli security forces in Jerusalem's Old City on April 29, 2022 during the last Friday prayers of the Muslim holy fasting month. (Photo by Ahmad GHARABLI / AFP)

The Palestinian resistance movement Hamas has warned the Tel Aviv regime against crossing “red lines” at the Al-Aqsa Mosque compound in the occupied Old City of Al-Quds, as Israeli military forces and settlers press ahead with their acts of aggression against Muslim worshipers performing religious rituals there. 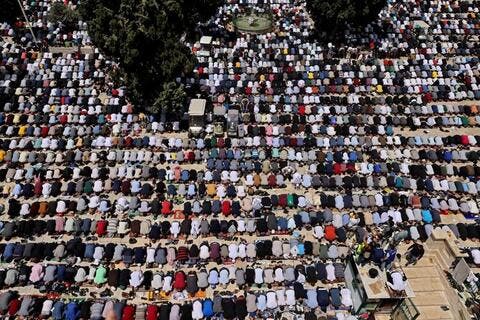 “The killing of an Israeli guard at the entrance to illegal settlement of Ariel in the central part of occupied West Bank, claimed by the Al-Qassam Brigades, conveyed the message that desecration of holy places, particularly Al-Aqsa Mosque, would disturb all equations,” Jasser al-Barghouti, head of Hamas' national relations office in the West Bank, said in a statement.

Israeli occupation forces assault an Algerian girl at Al-Aqsa mosque for no reason, take off her hijab and force her out of the place. pic.twitter.com/e5bpJzkKsD

He added that Hamas, Al-Aqsa Brigades and other resistance groups, in addition to the entire Palestinian nation, are ready to make tremendous sacrifices for al-Aqsa Mosque.

Barghouti also warned Israeli authorities against continued defilement of holy sites in the occupied Al-Quds, emphasizing all the regime’s security measures will be null and void in case the practice persists.

The senior Hamas official described the West Bank as the main scene of national Palestine resistance, calling on all Palestinians to contribute their shares.

Moreover, hundreds of Palestinians in the Israeli-occupied territories are set to stage mass rallies on Thursday in solidarity with Al-Aqsa Mosque.

The participants will also condemn the Tel Aviv regime’s Judaization plans and attacks by settler groups against Palestinians.

The move comes as Israeli officials silenced call to prayer from Al-Aqsa Mosque on Tuesday evening.

Israel has escalated its deadly attacks against Palestinians in the run-up to Ramadan and sustained the violence throughout the holy fasting month, stirring up anti-Tel Aviv sentiments throughout the occupied territories.

The regime has also ramped up its violent attacks on Palestinian worshipers in the Al-Aqsa Mosque compound in the occupied Old City of Al-Quds in recent weeks. 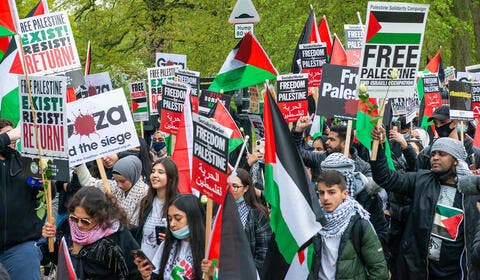 Last week, thousands of people across the globe took to the streets to deplore Israeli violence against Palestinians at Al-Aqsa Mosque and elsewhere in the occupied territories.

Since last month, at least 25 Palestinians have been killed in attacks by Israeli forces across the occupied territories.