Israel's Coalition Cabinet Loses Majority. What Does That Mean?

Israel's ruling coalition has lost the Knesset majority in a surprise move Wednesday by Idit Silman, the chairwoman of the Israeli government. 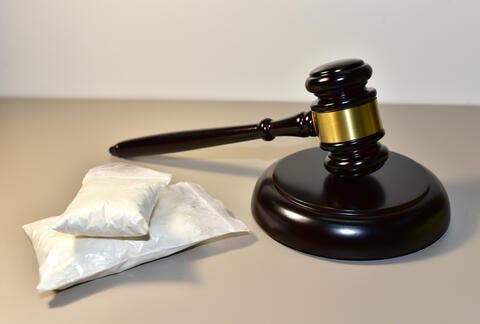 Silman was promised the role of health minister if Benjamin Netanyahu's Likud right-wing slate wins the next election.

MK Idit Silman (Yamina) just announced that she is leaving the coalition over Health Minister Nitzan Horwitz's (Meretz) decision to follow the supreme court ruling to allow the entry of leaven into hospitals during Passover. This puts the coalition and the opposition at 60-60. pic.twitter.com/lZpC2Aq9tj

The surprise resignation leaves the Blue and White Party coalition of Israeli Prime Minister Naftali Bennett with just 60 members of the Knesset.

According to Haaretz, the resignation came over the liberalization of some prayer rules at Jerusalem's Western Wall and allowing people to bring non-kosher food into hospitals during Passover.

"Key values in my worldview are inconsistent with current reality," she wrote in a letter sent to Bennett. "I can no longer bear the damage to values that are our essence and right."

Former Prime Minister Netanyahu is on trial, charged criminally with fraud and breach of trust.

Israel's High Court ruled that despite facing criminal corruption charges, Netanyahu can still form a government and run for election. The trial has lasted two years so far.

In a tweeted video, Netanyahu welcomed Silman's defection from the ruling coalition.