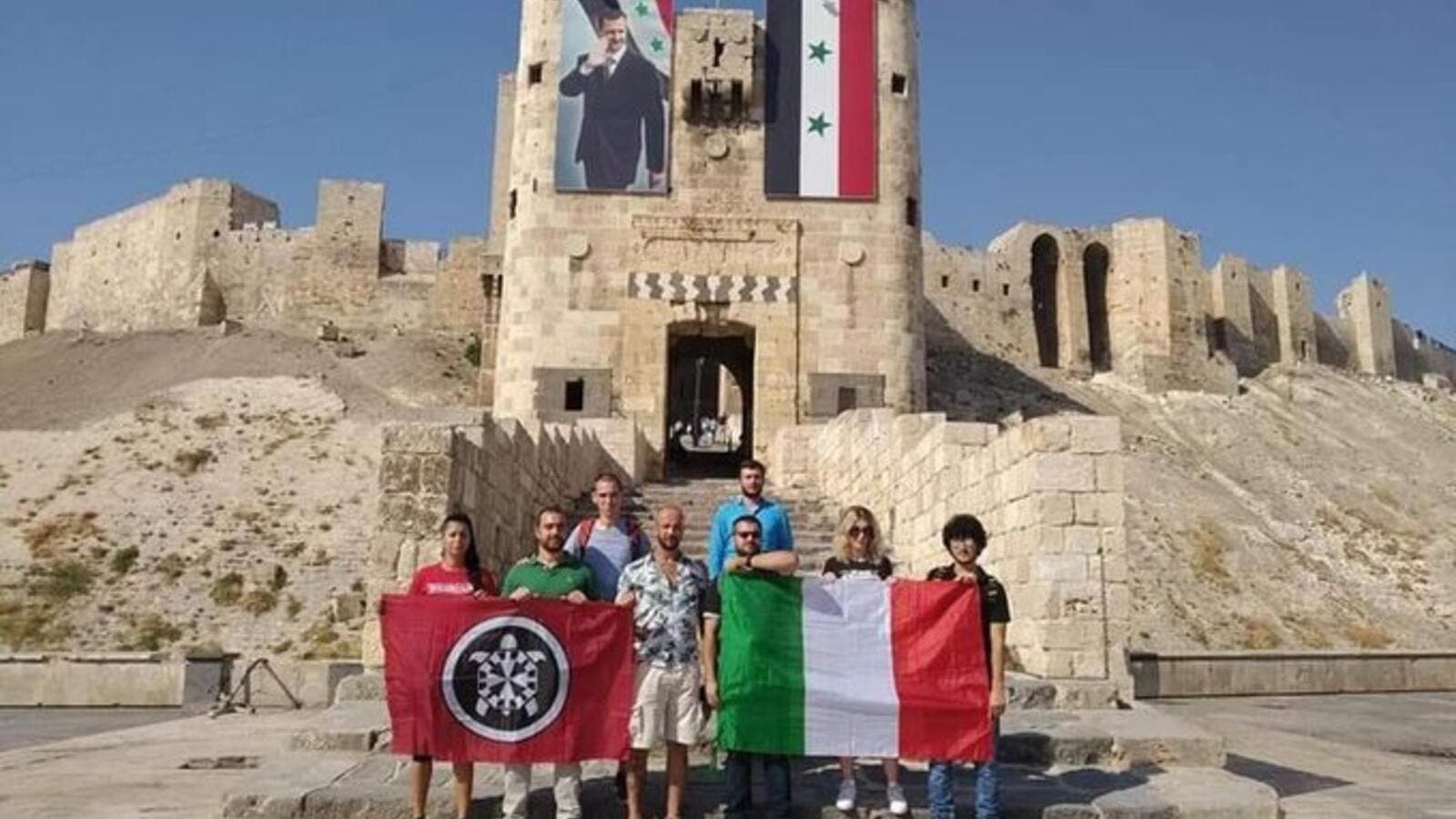 Italian fascist party CasaPound (Twitter)
Highlights
Pictures show the group standing with the Italian and CasaPound flags in front of the Aleppo citadel.

"Syria is gettings its tourism groove back," the ministry posted on Facebook. The post described extreme right-wing CasaPound as "the Italian delegation" and said the group visited Aleppo's Old City.

"They expressed their pleasure to experience the fast restoration process and resilience & steadfastness of Syrian People," the ministry wrote.

Pictures show the group standing with the Italian and CasaPound flags in front of the Aleppo citadel.

In 2018, the Guardian described CasaPound as "the fascist movement that has brought Mussolini back to the mainstream".

Syrian forces backed by Russian air power waged a long battle for Aleppo that ended in late 2016, costing thousands of lives and leaving the historic city in ruins.

Eight years into Syria's civil war, President Bashar al-Assad's regime is currently pressing an offensive against one of the last major bastions of opposition in Syria's northwest.

France's UN ambassador warned in May that a repeat of the bloody Syrian battle that devastated Aleppo must be avoided at all costs in Idlib.

Increased bombardment in the by the Syrian military and Russia against the region since late April has killed more than 950 civilians in the region.

In the same period, the violence has displaced more than 400,000 people including many already uprooted from other areas, the United Nations says.

The Syrian civil war has killed more than 370,000 people and displaced millions since starting in 2011 with the brutal repression of anti-government protests.