Published July 7th, 2021 - 09:16 GMT
military weapons and artifacts such as these machine guns and weapons (Shutterstock)
Highlights
For us, respect for human rights is an unbreakable commitment,” he said in a statement back then.

Italy has eased the restrictions on the sale of weapons to Saudi Arabia and the United Arab Emirates (UAE) in an apparent attempt to soothe diplomatic tensions with the kingdoms, despite the duo’s bloody crimes during the war on Yemen. 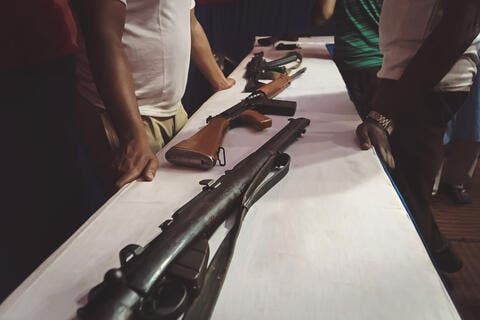 In July 2019, the Italian government temporarily suspended arms sales to the two aggressor regimes, amid a public outcry over the two kingdoms' leading role in the war, which the United Nations says has brought about the world’s worst humanitarian crisis in Yemen.

The Trump admin wants to rush another arms sale to Saudi Arabia and the UAE on its way out the door – weapons that could kill more Yemeni civilians. Proud to stand with @SenateDems to support @SenatorMenendez's resolutions of disapproval of these sales. https://t.co/G0BkbFs29r

In January this year, Italy’s Foreign Minister Luigi Di Maio made the ban permanent and announced that “the government has revoked the authorizations underway for the export of missiles and aircraft bombs to Saudi Arabia and the United Arab Emirates.”

“[This is] an act that we considered due, a clear message of peace coming from our country. s

The Italian Network for Peace and Disarmament said Rome’s decision would prevent the sale of around 12,700 missiles to Saudi Arabia.

Italy permanently halts arms sale to Saudi Arabia and the UAE following warnings by activists and lawmakers about the use of weapons against civilians in Yemen pic.twitter.com/v0cBtvhblu

The blocked sales were part of a total allotment of 20,000 missiles worth $485 million agreed in 2016 under the center-left Italian government of then-Prime Minister Matteo Renzi, the disarmament group added.

Infuriated by the embargo, the UAE reportedly refused to allow an Italian air force plane to enter Emirati airspace upon return from Afghanistan. It triggered Italy to summon the Emirati ambassador to Rome, Omar al-Shamsi.

Abu Dhabi also asked Italy to withdraw aircraft and personnel from the al-Minhad air base in the Persian Gulf state by July 2.

On Tuesday, Reuters cited Italian government sources as saying that the country had loosened restrictions on arms exports to Saudi Arabia and the UAE.

The ban on the sale of 12,700 missiles will remain in place, but a foreign ministry directive seen by Reuters said that other curbs introduced in 2019, which effectively blocked any sales of arms and equipment that might be used in Yemen, would now be lifted.

“All existing authorizations are to be considered valid even without this requirement,” said the brief directive that was signed on Monday.

“We are now returning to a normal (export) regime. The weapons can potentially be used in Yemen,” said Michele Nones, deputy president of the Italian Foreign Affairs Institute (IAI).

Saudi Arabia launched the devastating military aggression on its southern neighbor in March 2015 in collaboration with a number of its allied states such as the UAE and with arms and logistics support from the US and several other Western countries. 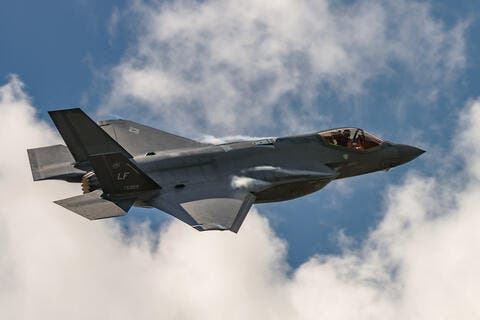 The aim was to return to power a Riyadh-backed former regime and crush the popular Ansarullah movement, which has been running state affairs in the absence of an effective government in Yemen.

The offensive has failed to achieve its goals, but pushed Yemen to the brink, killed hundreds of thousands of innocent people and destroyed the impoverished country’s infrastructure.