Italy Pleads With Lebanon to Form a Government

Italian Deputy Minister of Foreign Affairs and International Cooperation Marina Sereni on Monday reiterated to Lebanese President Michel Aoun the need to “initiate deep and structural reforms through the formation of a government that assumes all its powers.” 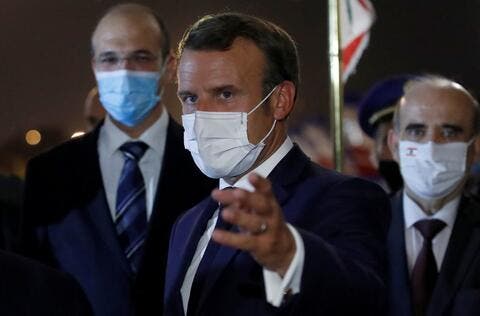 She renewed her call to all political parties in Lebanon to put their differences aside and give priority to the national interest by cooperating to form a government.

Sereni said that the Lebanese needed a government to put the country back on the path of sustainable development and to relaunch negotiations with the International Monetary Fund (IMF).

The Italian official reminded the Lebanese president that “democratic mechanisms should continue to operate regularly according to the electoral calendar expected in 2022.”

Her comment was in reference to parliamentary elections scheduled for May next year, with political voices inside Lebanon seeking to postpone the date of the vote to maintain the current ruling authority.

Sereni stressed that “Italy views Lebanon as a key player for stability and peace in the Middle East.”

Sereni said Italy “supports UNIFIL forces led by Italian General Stefano Del Col, who play a key role in maintaining stability and avoiding tensions along the Blue Line, especially in light of the current situation, with all its tensions and strains.”

Lebanon has endured a governmental vacuum since the resignation of Hassan Diab’s government after the Beirut Port explosion and Saad Hariri’s designation as prime minister on Oct. 22.

The vacuum has been maintained due to Hariri’s refusal to form a techno-political government and Aoun’s insistence to have the blocking third and what he called “the charter and the national balance.”

The French initiative failed to form a government of apolitical specialists, which prompted the French to threaten sanctions against those blocking reforms.

Expectations rose before the Eid Al-Fitr holiday that Hariri could quit his mission, but the Secretary-General of the Future Movement Ahmed Hariri on Monday described these expectations as “media leaks.”

He said that “government matters are still as they are, and nothing has been issued by the prime minister-designate, who will have clear positions in the coming stage, including the country’s interest and people’s concerns, while studying all steps and options to reach the right decision.”

The Vice-President of the Future Movement Dr. Mustafa Alloush told Arab News: “There is talk that the president of the republic does not want Hariri to quit, but this talk is devoid of any clear positive signals.

“If Aoun shows positivity, Hariri is ready to present a new cabinet formation.”

Alloush added that Aoun’s “talk about his adherence to the charter and national balance has no meaning because the charter is guaranteed by the Muslim-Christian participation in the government according to the constitution.”

Alloush said: “As for keeping the decision inside the government, this matter is not a charter, but rather a kidnapping of the country and taking it hostage.”

While awaiting changes in the political situation, the list of economic and social crises that the Lebanese suffer from is growing.

There are fresh worries about severe electricity rationing and the loss of gasoline and medicine, which inspired new street protests.

On Monday, protesters blocked roads in Beirut with garbage bins and in Tripoli with cars. Security forces reopened the roads.

Dozens of owners of fuel stations in Hermel, in the northern Bekaa Valley, protested against a judicial decision to close more than 40 unlicensed stations.

They held a sit-in in front of the Grand Serail (a government office).

In an attempt to control the unstable exchange rate of the dollar on the black market, the Banque du Liban launched an electronic banking platform on Monday that allows the dollar market to become more transparent.

The platform secures the process of buying and selling foreign cash, specifically the dollar, at a price that determines the supply and demand directed to banks.

These regulated operations are available to traders, importers, institutions and individuals.

The central bank intervenes to limit fluctuations in the exchange market rates to reduce speculation and control the dollar.

Dr. Louis Hobeika, an economist, said that this platform is a “temporary measure to gain time.”

He told Arab News: “The platform will not permanently reduce the exchange rate of the dollar, because the problem is in the dollar’s supply on the market, which is weak.

“It is doubtful that people who keep their dollars at home will present them on the platform because their problem is not in the platform, but rather in losing confidence in the country, the banks and the central bank.” 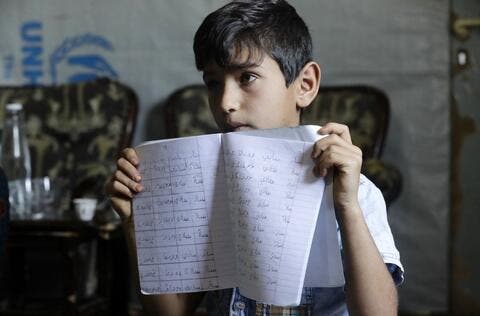 Lebanon: Crisis Means Some Kids May Never Return to School!

He added: “The platform’s goal is organizational. If it manages to attract money from abroad, then this is good, and Lebanon will have an average exchange rate ranging between LBP4,000 and 5,000 to the dollar, but it depends on the stability of the country. The black market will continue as long as there are dollars traded in it.

“We have to give this platform a month ​and give it a try.”