Army Spokesman Claims of Another Hizbollah Tunnel Into Israel 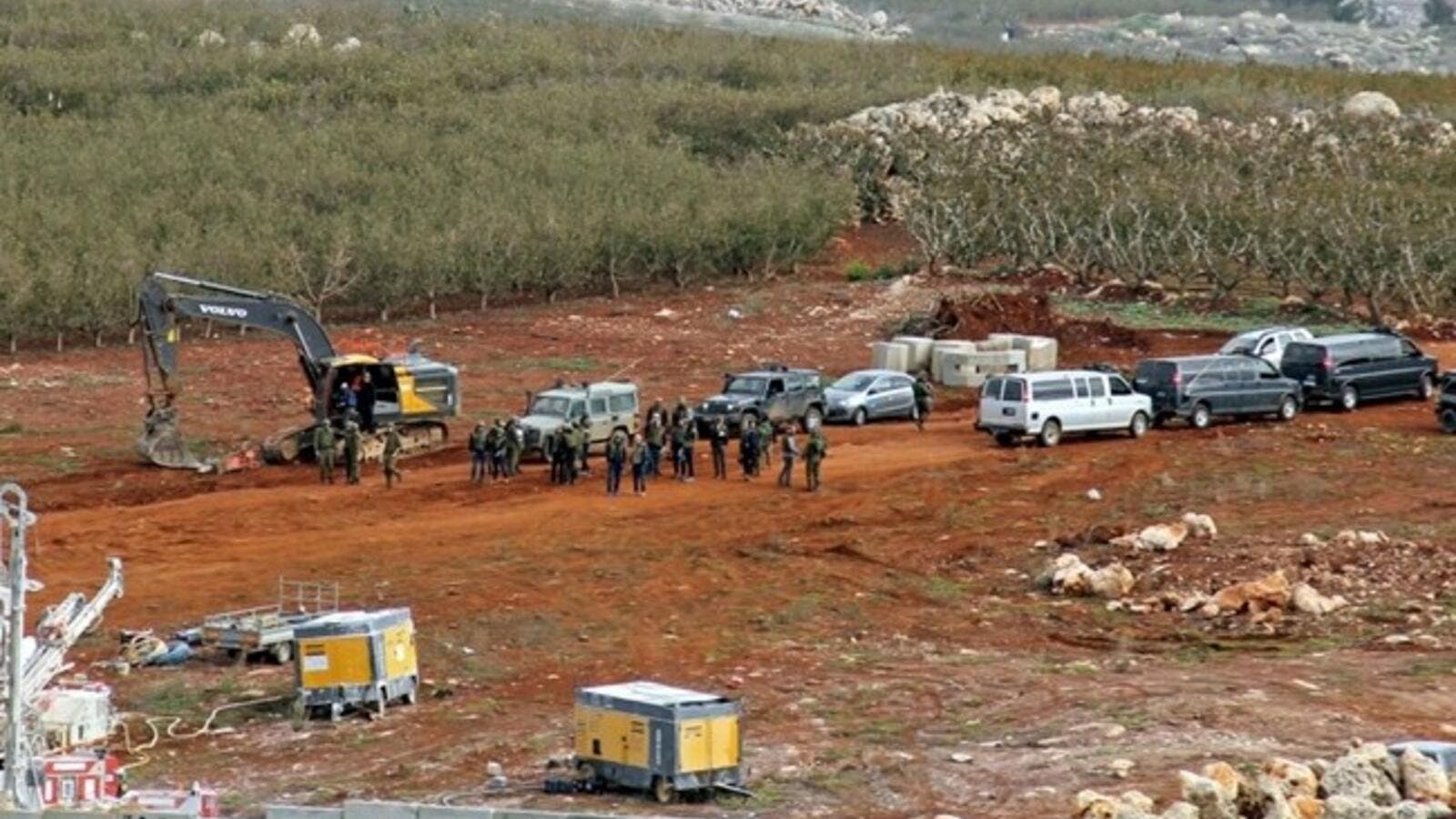 A position near the southern Lebanese village of Kfar Kila shows members of the Israeli military, excavators, trailers and other vehicles operating across on the other side of the border. (AFP)

Israel claimed that it has found another tunnel extending from Lebanon into the country’s north, a spokesman from the Israeli army tweeted Saturday night.

“The army revealed another attack tunnel extending from Lebanon into Israel, breaching the Blue Line [officially demarcating the border between the countries]. The tunnel is under the control of the army and does not pose a threat,” Avichay Adraee, the spokesman, wrote.

Adraee warned anyone who might consider entering “from the Lebanese side” that Israel had installed explosives in the tunnel.

“A team from UNIFIL will visit the site at the soonest possibility to check the facts,” the NNA quoted Tenenti as saying.

Adraee’s announcement follows claims earlier in the week by Israel that it had detected tunnels built by Hezbollah crossing into the country’s north. The Israeli military subsequently launched an operation, dubbed “Northern Shield,” to block them.

On Thursday, Israel's army announced that it had expanded its operations to three areas along its border with Lebanon where it says it discovered additional Hezbollah “attack tunnels,” and that it was aware of even more.

UNIFIL Thursday confirmed the presence of a tunnel near the Blue Line, which separates Israel and Lebanon, following its own investigation. UNIFIL did not provide further details about the tunnel.

In a related incident Saturday, the NNA reported that Israeli forces had shot into the air near the Israeli-Lebanese border after seeing a routine patrol by the Lebanese Army’s intelligence branch.

The NNA said officers had fired after being surprised by an Army patrol that had been obscured by a thick fog.

But Israeli military spokesman Avichay Adraee later tweeted that the forces working in the excavation area had detected three people who Adraee claimed were "apparently Hezbollah personnel” attempting to come near the excavation works, “taking advantage of the [foggy] weather."

Hezbollah has not commented on any of the Israeli claims.

Later Saturday evening, the NNA reported that 25 Israeli army personnel had crossed the technical fence separating Israel and Lebanon. They did not cross the Blue Line, the NNA said, but UNIFIL and the Lebanese Army were reportedly monitoring the situation from the Lebanese side of the border.

The Israeli army personnel who crossed the technical fence were reportedly searching for two machine guns they had lost in the area, prompting the Lebanese Army to conduct its own patrols.