Published September 19th, 2021 - 09:06 GMT
Britain's Prime Minister Boris Johnson waits to receive Nechirvan Barzani, President of Iraq's autonomous Kurdistan Region in Downing street in central London for talks on September 17, 2021. (Photo by Ben STANSALL / AFP)
Highlights
Boris Johnson will fly to America today to warn US President Joe Biden that time is running out to reach agreement on new green policies before an historic global summit on climate change in Glasgow in November. The Prime Minister will host a meeting on

Boris Johnson heading to the US today to discuss with President Joe Biden possible agreement on new green policies before an historic global summit on climate change in Glasgow in November. 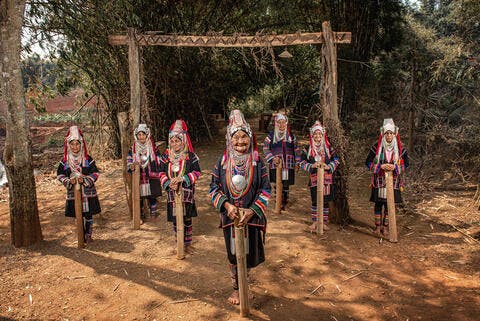 Why Should Indigenous People be on the Frontline of Nature Conservation?

The Prime Minister will host a meeting on climate change at the United Nations tomorrow and address the UN General Assembly before making his first visit to the White House since President Biden took office for discussions on tackling Covid, the new US-UK-Australia submarine alliance and the security situation in Afghanistan.

Boris Johnson is flying to America for a climate change conference. The irony. It could reasonably be argued that at a face to face meeting you can get more done, be more productive. Rather than a zoom call. Which is true.
Therefore, can he have a word with GPs nationwide?

Mr Johnson's manoeuvres come less than six weeks before the COP26 climate meeting in Glasgow, which he hopes will cement his status as a global leader by securing agreement on limiting global warming to 1.5C by ending coal power, shifting to electric vehicles and halting deforestation.

A total of 100 world leaders are now confirmed to attend the UN summit in November,

The sense of urgency increased further last month when the UN's Intergovernmental Panel on Climate Change warned that the Earth's average global temperature will reach 1.5 degrees Celsius above pre-industrial levels around 2030, a decade earlier than projected three years ago.

It has coincided with a series of extreme weather events around the world in recent years, including hurricanes, heatwaves and destructively torrential rain.

Government sources said that the Prime Minister hoped to 'galvanise' the international community ahead of the summit and set out 'concrete steps' to 'support developing countries to mitigate the impact of climate change and adapt to its consequences'.

Speaking before he flew out to the US, Mr Johnson said: 'World leaders have a small window of time left to deliver on their climate commitments ahead of COP26.

'My message to those I meet this week will be clear: future generations will judge us based on what we achieve in the coming months. This week, as world leaders arrive in New York for the biggest diplomatic event of the year, I will be pushing them to take concrete action on coal, climate, cars and trees so we can make a success of COP26 and keep our climate goals within reach.

'We need to continue to make a case for a sustainable recovery from coronavirus rooted in green growth.

The Great Big Green Week encourages communities across the country to celebrate nature and take action against climate change.

Both in your community, and globally at @COP26, we want to see ambitious and bold action against climate change to preserve and protect our planet. pic.twitter.com/ZVN8Ab5ih5 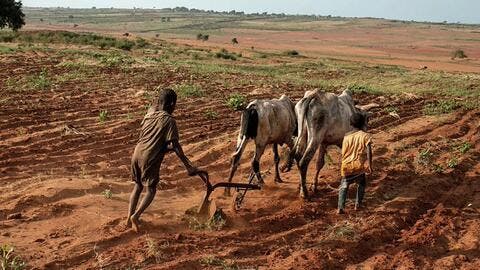 'And we have a responsibility to ensure the benefits of that growth extend to all, no matter where they are born.'

Mr Johnson will also meet Vice President Kamala Harris and senior members of the US Congress to discuss the situation in Afghanistan following the recent withdrawal of US and UK troops from the country.