Jordan at a Crossroads: Why Amman's Search for a New Foreign Policy Won't be Easy

Unveiling his so-called ‘Deal of the Century’ on Israel and Palestine at the White House last week, President Donald Trump noted, ‘All prior administrations have tried and bitterly failed, but I was not elected to do small things or shy away from big problems’.

Yet Mr Trump’s belligerent unilateralism will likely cause big problems for one of the United States’ oldest allies in the Middle East- Jordan. The country’s political elite united with those on the street to unequivocally condemn the plan. Hundreds of protestors rallied near the American Embassy in Abdoun while Jordan’s Foreign Minister Ayman Safadi issued a statement affirming Amman’s support for a two-state solution and the Arab Peace Initiative as the only viable path to a lasting settlement for Palestine.

Jordanians have much to fear in Mr Trump’s plan. A failure to acknowledge a Palestinian ‘Right of Return’ and a recommendation that Palestinian refugees be integrated in their current host countries provokes justified angst in a country in which more than 2 million Palestinian refugees reside. Ceding control of the Jordan Valley, along the eastern edge of the West Bank to Israeli control threatens further displacement of Palestinians and appears to put a final nail in the coffin of a two-state solution.

Jordanians have much to fear in Mr Trump’s plan.

Trump’s aping of the rhetoric of Israel’s far right, which tends to argue that ‘Jordan is Palestine’ gives a dangerous green light to further Israeli settlement in the West Bank and a more overt reliance on Jordan to bear the costs of conflicts in Palestine. Jordanian officials, once given pride of place at the negotiating table by their counterparts in Washington, grow increasingly frustrated at their neglect by a long-term ally.

Though Jordan’s political leaders have long acknowledged America’s near non-negotiable alliance with Israel, recent years have seen any veneer of diplomatic equality drop off. While Mr Trump chooses to consult Israeli Prime Minister Benjamin Netanyahu and his main political adversary, Benny Gantz of the Blue and White movement, Jordanian politicians are left out in the cold.

Jordanian officials, once given pride of place at the negotiating table by their counterparts in Washington, grow increasingly frustrated at their neglect by a long-term ally.

During his last two visits to the United States, King Abdullah has been snubbed by President Trump, and, tellingly, while the King spoke to the United Nations’ General Assembly last September, the President missed the session to hold private talks of his own. Jordan thus finds itself at a crossroads.

As old allies become less dependable, new relationships must be sought to protect the country and its ruling monarch’s vital interests, many of which are linked inextricably to the Palestinian question.

Bowing to American pressure to acknowledge a disastrous peace deal is no option for King Abdullah. Yet Jordan’s reliance on American aid, which totals a little under $1.5 billion USD annually, or 2.5% of national GDP gives it little room to manoeuvre.

Yet King Abdullah and the country’s diplomats have proved astute at cultivating new alliances in recent years. Like other regional actors who no longer see Washington’s support as conditional, or even dependable, Jordan has pursued a hedging strategy in foreign affairs.

Like its southern allies in Saudi Arabia and the United Arab Emirates, Jordan has thrown support behind Libyan National Army commander Khalifa Haftar to protect its own interests in North Africa and pursue warmer relations with the Gulf.

Jordan has pursued a hedging strategy in foreign affairs.

Adopting a policy of neutrality in the ongoing intra-Gulf dispute which pits Qatar against other GCC states, Jordan has maintained relations with Qatar. King Abdullah has even maintained a conciliatory tone towards Iranian diplomats and shaken hands with that country’s president, Hasan Rouhani. As with many regional actors, Jordan has moved away from permanent, fixed relationships to ones based on temporary aligned interests.

Yet in order to pursue a more assertive line on the Israel-Palestine issue, Jordanian diplomats must reach out to foreign powers with more clout on the international stage. Given their own emergence as players in Middle Eastern affairs, Russia and China increasingly figure on Amman’s diplomatic agenda. 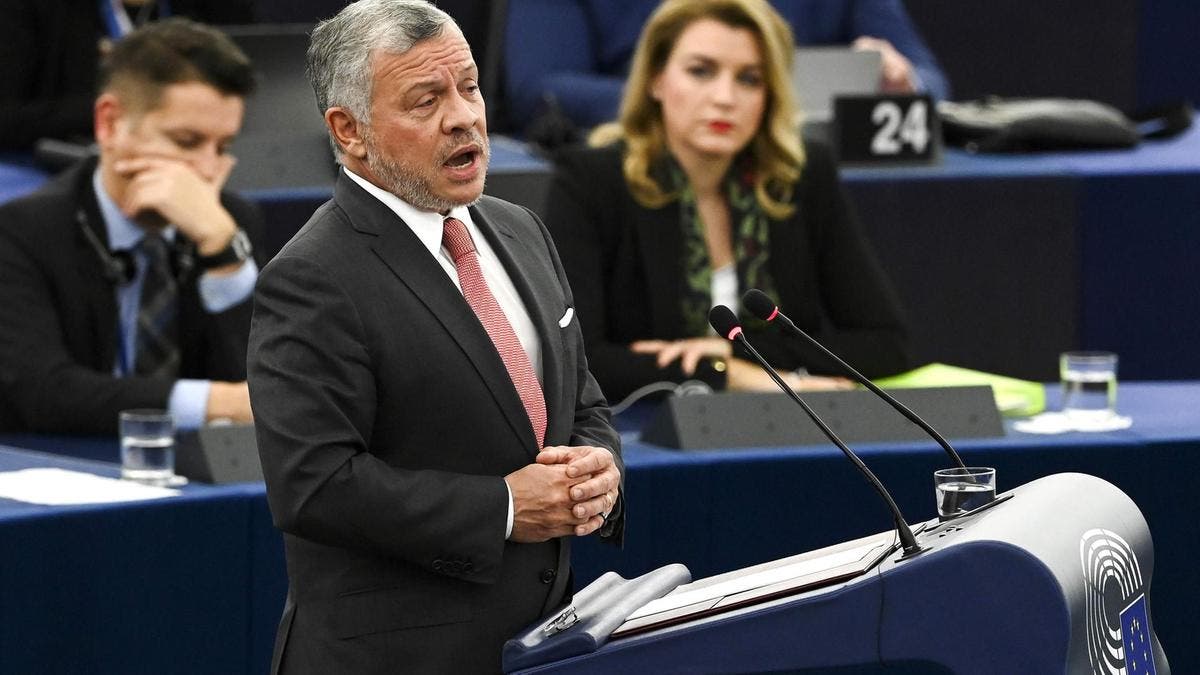 King Abdullah has been a frequent guest in Russia since his accession to the throne in 1999 - the Jordanian King has visited Russia more than any other head of state. Despite tensions at the beginning of Syria’s ongoing civil war, cooperation between Jordan and Russia over issues in Syria has become increasingly important in recent years.

Given their own emergence as players in Middle Eastern affairs, Russia and China increasingly figure on Amman’s diplomatic agenda.

Jordan serves as an important interlocutor between Moscow and Chechnya, given its sizeable ethnic Chechen population, whilst Russia is central to parts of Jordan’s economy, particularly its civilian nuclear sector. Tourism from Russia has also spiked in the country, partially thanks to sponsorship from the Jordan Tourism board.

Following the announcement of Mr Trump’s deal of the century, Dmitry Peskov, a Kremlin spokesperson argued that the plan was not compliant with UN Security Council resolutions and would likely be unfeasible, given ‘the reaction from a wide range of Arab states which have sided with the Palestinians in rejecting the plan’.

Though Jordan’s relations with China are more limited than with Russia, China has provided humanitarian reconstruction aid to Amman to deal with the weight of the refugee crisis and sold drones to the Kingdom for security purposes.

The two share a strategic partnership, and, as China moves to be the region’s primary provider of financial capital, ties have inevitably strengthened. In common with past criticisms of American hypocrisy in relation to international law, a statement issued by Beijing over the peace deal recognised the importance of international law, the United Nations and multilateral talks in engaging with Israel and Palestine. Such stances should not give rise to uncritical optimism in Amman.

While King Abdullah and his ministers have sought to diversify Jordan’s international engagement in recent years, Israel has also sought ought new partners. Though Russia and Israel have always had complex relations given the latter’s close relationship with the United States, recent years have seen increasing cooperation between the two states.

Though China and Russia may choose to pursue a strategy of non-alignment when it comes to Trump’s peace deal, it is unlikely that Beijing and Moscow will prove to be the reliable partners that Jordan requires.

Jordan stands to lose out unequivocally from any deal which ignores the demands of Palestine and its Arab neighbours. To find a way out of its impasse, it must pursue relations of mutual interest, extending the ambit of its foreign policy away from traditional partners towards the region’s new power-brokers. Yet in Moscow and Beijing, Amman may find a less positive reception than it hopes for.

The views in this article do not necessarily reflect those of Al Bawaba News.