Published May 16th, 2021 - 07:36 GMT
Jordanian demonstrators take part in a protest to express solidarity with the Palestinian people, in the capital Amman on May 14, 2021. Khalil MAZRAAWI / AFP
Highlights
FM to take part in emergency meeting of Organisation of Islamic Cooperation Sunday.

Deputy Prime Minister and Foreign Minister Ayman Safadi and his Egyptian counterpart Sameh Shoukry on Saturday coordinated positions in efforts aimed to halt the dangerous escalation in Palestine and provide protection for the Palestinian people. 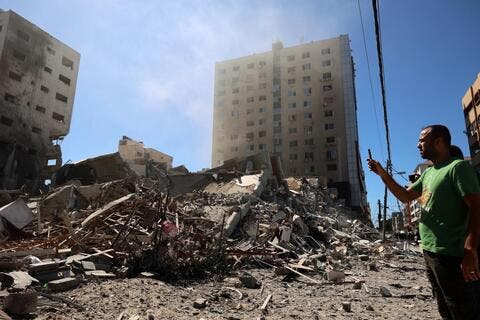 Israel is Failing in Its War on Gaza!

During their phone discussions, the two ministers highlighted the importance of launching an effective international endeavour to protect the Palestinian people and stop the Israeli attacks and violations in Jerusalem and other parts of Palestinian territories, in addition to halting the Israeli aggression on Gaza, according to a ministry statement.

Israel targets int’l press building in Gaza, adding to its war crimes in the Palestinian territories.

We condemn this Israeli aggression, which knows no boundaries.

Our fight against this malignant power will continue until the occupation is over & Palestine is liberated.

They also referred to the lack of a “political horizon” to end the occupation and realise the just peace that meets the legitimate rights of the Palestinian people.

Safadi and Shoukry held Israel accountable for this escalation that takes the entire region to more tensions and violence, according to the statement.

Also on Saturday, Safadi received a telephone call from Saudi Foreign Minister Prince Faisal Bin Farhan, where discussions focused on the dangerous developments in Jerusalem and other  parts of occupied Palestinian territories, as well as efforts to stop Israeli attacks on Jerusalem, the West Bank and Gaza.

The two ministers also called for providing protection for Palestinians and immediately launching political endeavours to end the occupation and meet all the legitimate rights of the Palestinian people.

Another phone call between Safadi and his Omani counterpart Badr Al Busaidi went over the dangerous developments in Jerusalem and Palestine, as well as efforts aimed to stop Israeli violations in Jerusalem, its holy sites and attacks on Gaza.

They also called for launching an international effort to bring an end to the current escalation of violence, protect Palestinians and create the “political horizons” based on international law, the Arab Peace Initiative and the two-state solution to realise a just and comprehensive peace in the region.

Also on Saturday, Safadi, during phone talks with UN Special Coordinator for the Middle East Peace Process Tor Wennesland, urged the international community to take effective and immediate steps to provide protection for the Palestinian people from Israeli violations and attacks and stop its aggression on Gaza.

The minister stressed that Israel bears the responsibility for the escalation that must be stopped by ending the illegitimate Israeli hostilities and practices, which drive the entire region towards more tensions and conflicts, according to a separate ministry statement. 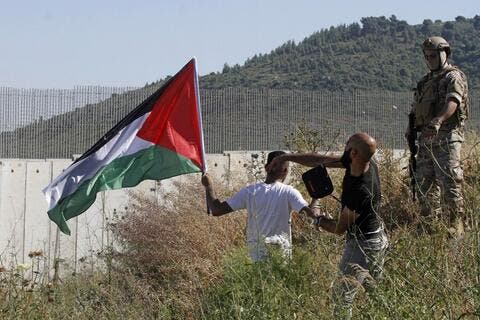 Will Lebanon be Dragged Into The Palestine-Israel War?

Stopping the forced displacement of the residents of the Sheikh Jarrah neighbourhood in occupied Jerusalem is the responsibility of the international community, Safadi said, stressing that Israel, as an occupying force, is obliged, in accordance with international law, to respect Palestinians’ right to their homes.

Safadi is scheduled take part in an emergency meeting of the Organisation of Islamic Cooperation at the level of foreign ministers on Sunday to discuss Israeli attacks and violations in occupied Jerusalem and the rest of the occupied Palestinian territories.