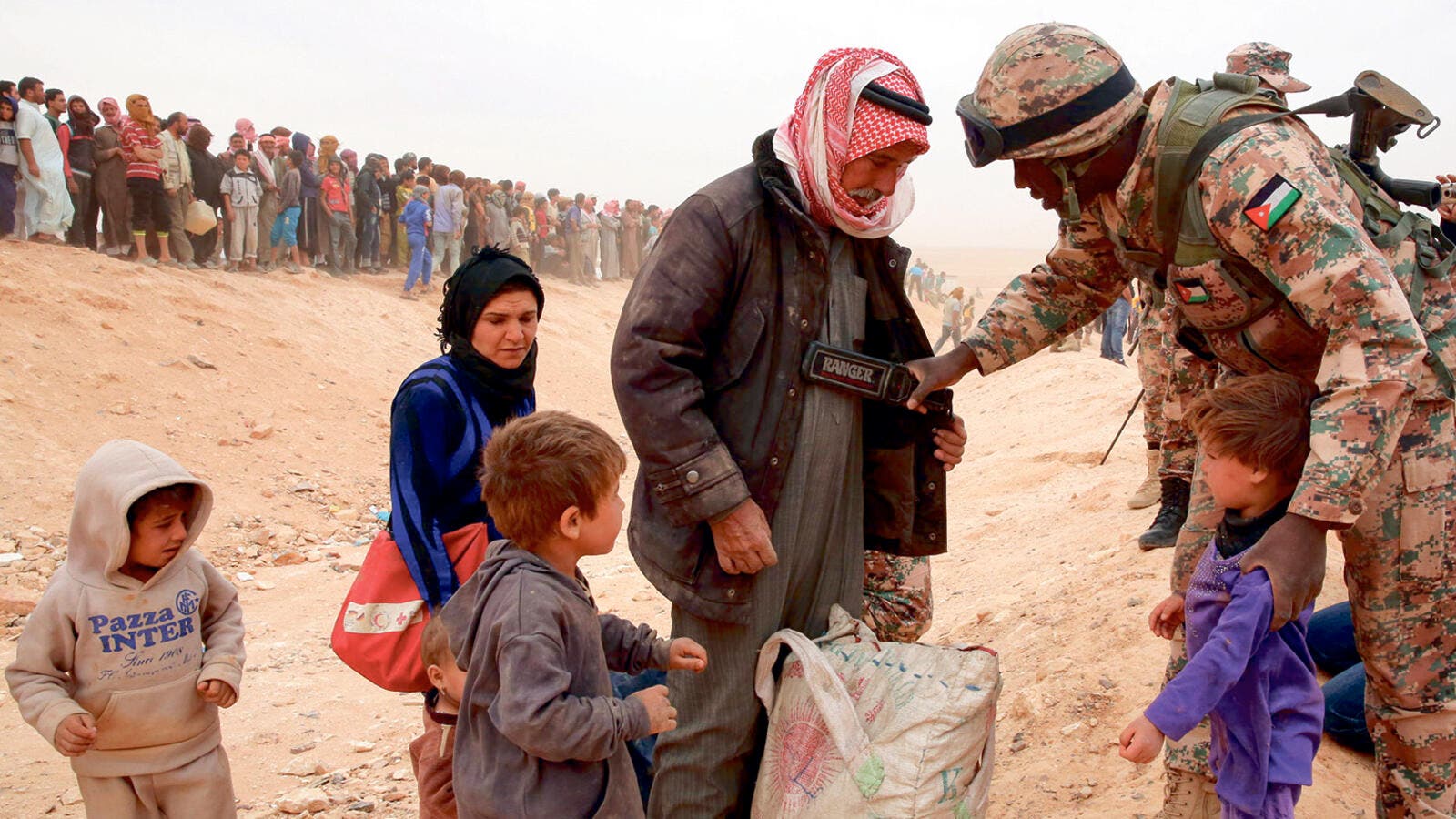 Jordan will not any more take in Syrian refugees and the border with Syria will not be reopened, officials reiterated Tuesday.

“The Kingdom will not receive any new refugees from Syria under any circumstances,” Prime Minister Omar Razzaz said Tuesday after a meeting with Lower House Speaker Atef Tarawneh and heads of the chamber’s committees.

Jordan has received Syrian refugees above its capacity and will not be able to receive more, the premier said.

He stressed, meanwhile, that the Jordanian borders are tightly controlled by the Jordan Armed Forces.

A political solution to the crisis in Syria is a must, he said, echoing Jordan’s stance on the conflict in the northern neighbour since it began seven years ago.

Foreign Minister Ayman Safadi also said the Jordanian borders with Syria will remain closed and the United Nations can secure the Syrian population in their country.

In talks with concerned parties, Safadi Tweeted, Amman focuses on the need to halt bloodshed, support a political solution and help displaced people inside Syria.

There are no displaced Syrians at Jordanian borders and Syrians are moving to places inside Syria as regime forces have launched an offensive against rebels in the southern region of the war-torn country.

“We help brothers as much as we can and protect our interests and security,” the minister said.

The UN said Tuesday that at least 45,000 people have fled the fighting in the southwest, heading towards the border with Jordan.

“We expect the number of displaced people could more than double as violence escalates,” Bettina Luescher, spokeswoman for the UN’s World Food Programme (WFP), said, quoted by Reuters.

The WFP had provided food to 30,000 people, and plans to deliver more in the coming days over the border from Jordan, she said.

Jordan has offered a refuge to more than 1.3 million Syrians fleeing the raging conflict at home, more than 85 per cent of whom live in host communities outside camps.

Jordanian officials on Monday said talks were ongoing to protect a de-escalation zone created in southwestern parts of Syria under a deal reached between Jordan, the US and Russia in 2016.