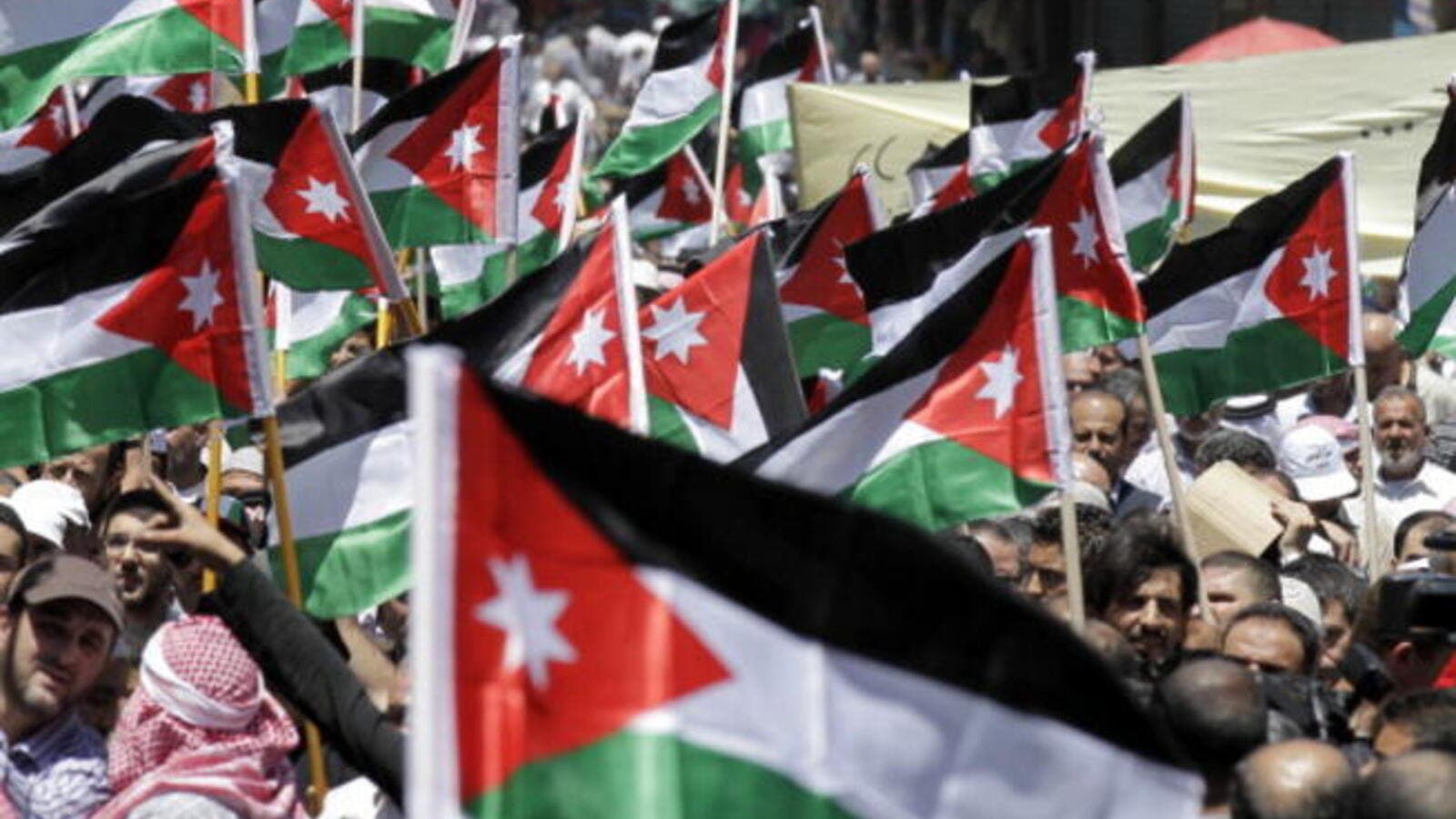 Protesters from the Islamic Action Front and other opposition parties hold up Jordanian national flags and shout slogans demanding political and economic reform, and access to cases of corruption, during a demonstration in Amman on June 14, 2013. [AFP]

Protest marches and sit-ins took place across Jordan on Friday, with demonstrators calling for security and safety in light of a recent wave of crime to hit the country, according to local media reports.

The protesters highlighted the need for social reform, urging the government to fight against corruption in all its forms and to reject the surge in the price of commodities.

Hundreds of citizens protested in the city of Karak, south of the capital, and called on the government to revoke official decisions to raise the price of electricity and water, and the consequent increase in the prices of many goods and services.

The protesters warned that if the government does not backtrack on its policies, the demonstrations would lead to further aggravation on the economic and social level, according to local newspaper al-Ghad.

They called for the resignation of the government and the formation of a national salvation government with the participation of all political forces, the newspaper reported. They rejected any decision related to raising the price of electricity, water and bread, stressing on the need to verify the procedures for determining the fuel prices.

Radwan al-Nawaiseh, spokesman for the Arab People's Committees, told the newspaper that these scenes of protest in Jordan confirm that the Jordanians do not trust their government. He highlighted the significant decline in public freedoms which can lead to the deterioration of the citizens’ economic conditions.

Meanwhile, dozens of members of the “Jerash for change” coalition protested after Friday prayers under the title of “safety and security, the big lie.” Jerash, a city situated north of the country, s the capital and largest city of Jerash Governorate.

The protesters urged the government to investigate in the violence incidents taking place in some Jordanian universities and communities.

In Tafilah, a town in southern Jordan, protesters also organized a march towards the governorate’s premises on Friday under the slogan: “Where are the security and safety measures?” The protesters called for establishing a stable security environment in the country through achieving all forms of reforms and through fighting against corruption. They stated that the economic and food security can only be achieved through an integral plan of reforms.