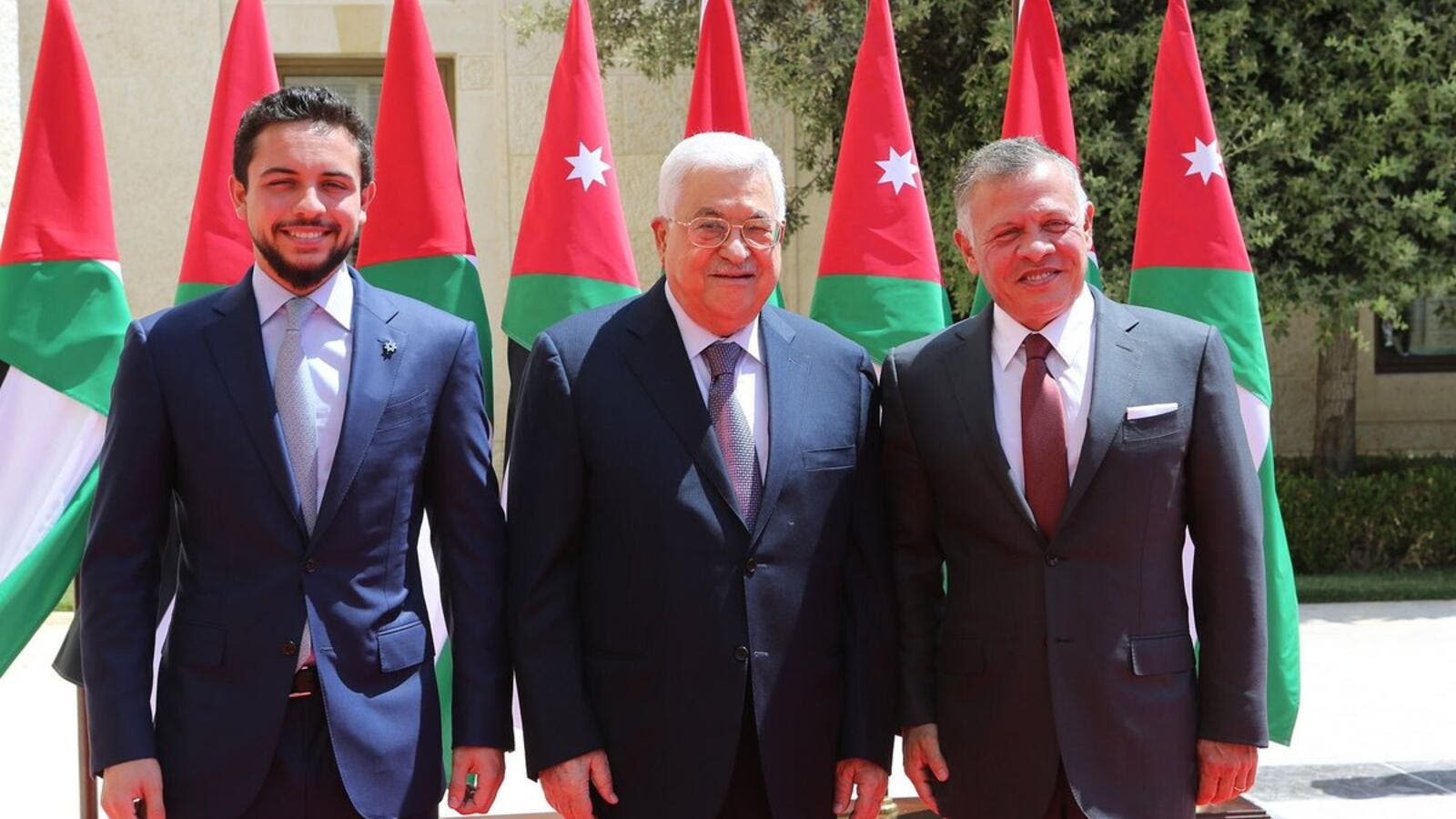 King Abdullah on Wednesday held a meeting with Palestinian President Mahmoud Abbas, attended by HRH Crown Prince Hussein, over the latest developments in the Palestinian arena as well as efforts to push the peace process forward.

That was followed by an expanded meeting attended by senior officials from the two sides, during which King Abdullah and President Abbas stressed the necessity of continued coordination and consultation between Jordan and Palestine on developments related to the Palestinian issue and Jerusalem.

The meeting comes as the region braces for a US-tailored peace plan, dubbed as the Ultimate Deal or Deal of the Century whose details are not out yet, but speculations draw a gloomy picture of Washington’s vision for Mideast peace, which, reports say, will come at the expense of Palestinians and Jordan in particular.

However, King Abdullah emphasised that Jordan stands with all its capabilities by the Palestinian brothers’ side to achieve their legitimate and just rights, pointing out that the Palestinian issue remains the central issue and the core of conflict in the region, and a top foreign policy priority for the Kingdom.

His Majesty affirmed Jordan’s continued efforts in coordination with the various parties concerned to re-launch negotiations between the Palestinians and the Israelis on the basis of the two-state solution, the Arab Peace Initiative and international legitimacy resolutions. Such an option, he affirmed, should lead to the establishment of an independent Palestinian state with East Jerusalem as its capital.

In the same context, the King pointed out that his recent meetings with the US President Donald Trump, US administration officials and the congressional committees focused on Jordan’s “firm position on the Palestinian issue”, founded on the premise that there would be no peace and stability in the region without forging a just and lasting solution to the Palestinian-Israeli conflict based on the two-state solution.

King Abdullah highlighted the importance of working with the US administration and the international community to find political horizons that serve Palestinian interests and ensure the Palestinian people their legitimate rights.

King Abdullah reiterated that the fate of Jerusalem should be settled within the final status issues as the holy city is the key to peace in the region, stressing that Jordan, under the Hashemite Custodianship over the Islamic and Christian holy sites in Jerusalem, would continue to play its historic role in protecting these holy sites.

The meeting, which continued over a lunch banquet, also addressed the role played by the United Nations Relief and Works Agency for Palestine Refugees (UNRWA) and the importance for the international community to support the agency to continue its educational, health and relief services to refugees.

Jordan has been leading a drive to garner support for the relief agency (see separate story).

The two sides agreed to hold the meetings of the Joint Jordanian-Palestinian Higher Committee, to be co-chaired by the prime ministers of the two countries.

Abbas told the press after the meeting that his talks with the King came as part of continued coordination between the two sides.