Published June 21st, 2021 - 09:54 GMT
Supporters of the Peruvian candidate for Fuerza Popular party, Keiko Fujimori, march in Lima, on June 19, 2021. Supporters of presidential hopefuls Keiko Fujimori and Pedro Castillo marched again on Saturday to defend their votes in Peru, which remains on tenterhooks two weeks after the elections as it waits for the electoral jury to resolve all challenges and proclaim the winner. Janine Costa / AFP
Highlights
Keiko Fujimori accused her leftist rival Pedro Castillo of fraud elections.

Peru’s elitist right-wing forces backing presidential contender Keiko Fujimori are leading a “political propaganda” campaign of fraud allegations against her leftist rival Pedro Castillo and even considering a military coup to block his rise to power, a local journalist says. 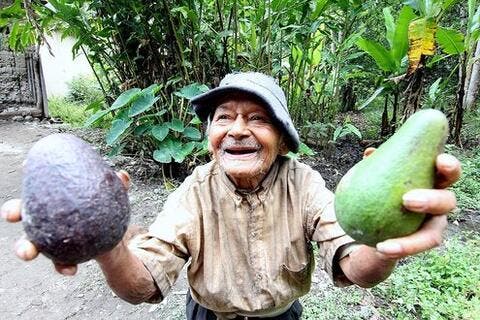 “What is happening in Peru is that we have this election strategy of fear made by the right-wing forces, the private media, and also by the economic powers supporting Fujimori… claiming that if Castillo wins the election, the country will become a dictatorship like Venezuela,” said Luis Garate in an interview with Press TV.

Warning of a potential coup attempt by Fujimori’s military-backed ultra-right elements, Garate further underlined that the threat posed by these right-wing forces “is that they are trying to impose this alternative reality, the fake news. There is a climate of chaos in confrontation to justify a coup made by the conquered base.”

He also pointed to rightist efforts to consider “many strategies to justify these things,” insisting that “they are even calling for armed forces.”

“They’re making speeches; they are producing these like fake news and press notes, by calling for the armed forces in Peru to take a position or not, you know, recognizing the results of the presidential election because of these alleged fraud accusations of irregularities, that’s what is happening right now in Peru.”

The remarks came as a group of retired Peruvian officers called on the military to refuse to recognize the projected victory of socialist candidate Pedro Castillo in the presidential election unless vote fraud allegations are fully investigated.

The move appears to be a prelude to a Washington-orchestrated military coup similar to the one in neighboring Bolivia.

The plea was made in a letter that bore the names of at least 80 retired military personnel and arrived at the general headquarters of Peruvian armed forces on Friday.

The signatories appealed to military chiefs to "act rigorously" and "remedy" the "demonstrated irregularities" that took place during the vote or risk having an "illegal and illegitimate" commander in chief at the helm of the country.

Dismissing persisting fraud allegations by Castillo’s opponents, Garate further emphasized that international observers supervising the polls as well as local election authorities have clarified that they have not found any irregularities or fraud.

“Even international organizations like [the Washington, DC-based] OAS (Organization of American States), which is supported by the US, recognize that this was a clean election,” the Peruvian journalist added.

“The interesting issue is that the international observers, generally, almost all of them agree that fraud allegations are baseless,” he further emphasized. “There’s no support to those allegations made by Keiko Fujimori’s party.”

Independent electoral observers have also said the vote was carried out cleanly, and Castillo's Peru Libre party also stressed there was no evidence of suspicious activity.

The ethics tribunal of the National Jury of Elections (JNE) of Peru, the body charged with overseeing the legality of the electoral process, announced on Thursday that throwing doubt on the results without evidence was "irresponsible."

Emphasizing that “this right-wing political propaganda” is also portraying Castillo as “a menace to democracy, liberty, and economic growth,” Garate further pointed to the background of Keiko Fujimori, the daughter of former dictator Alberto Fujimori – now in prison on rights abuses and fraud charges – who institutionalized “a strategy of buying the private media with secret funding from intelligence services.”

“We have to wait for the final results after dealing with all the allegations of fraud to say who is going to be the next president of Peru,” added the Peruvian journalist, noting that Castillo maintains a lead of at least 44,000 votes in the nations’ heavily polarized elections.

Peru held a second round of its presidential elections on June 6, with the electoral office's vote count showing that Castillo was ahead of Fujimori by a razor thin margin.

Peru's recent presidential election "has unleashed expressions of racism" as losing candidate Keiko Fujimori tries to exclude ~200,000 votes, "almost all from poor Andean regions," and some of her supporters question why they should be allowed to vote. https://t.co/nxTp8Qw49Q

The school teacher and political novice has rattled the copper-rich Andean nation's traditionally political and business elite as he has won widespread grassroots backing for pledges to rewrite the constitution and redistribute mining wealth.

"The people have awakened," Castillo told supporters recently, calling on citizens to recover the country for all Peruvians after a divisive election race.

In an address to his supporters from his campaign headquarters in Lima, Castillo called on the election jury to stop prolonging the vote review and announce the final results.

Addressing her supporters at a rally in downtown Lima on Tuesday, Fujimori vowed to continue fighting till the end.

Fujimori is plagued by accusations of accepting illegal campaign contributions when she first ran for the presidency in 2011. She spent over a year in jail pending a trial.

The US administrations have a long history of interference in political and economic affairs of Latin America, which they describe as their own backyard.